Mein Kampf – A book in two volumes written by Adolf Hitler; a manifesto or rule book for the way Germany should be run 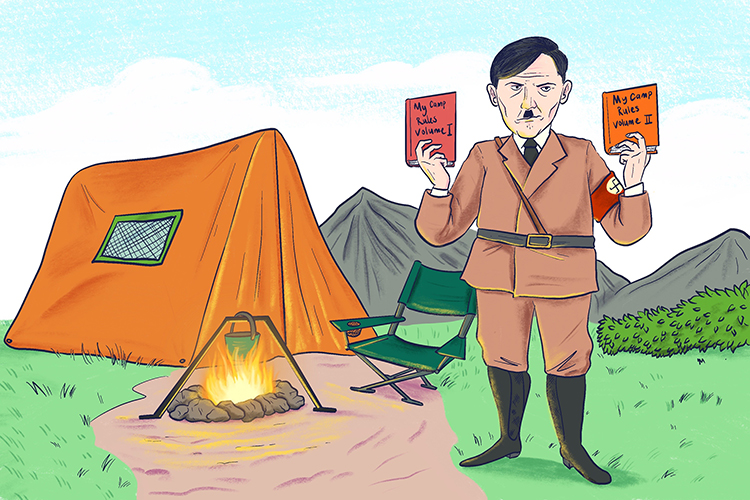 My Camp (Mein Kampf), my rules! Hitler produced two volumes with the rules of how Germany should be run.

Mein Kampf (My Struggle) is a book written by Adolph Hitler in two volumes, which became the bible of National Socialism (Nazism) in Germany's Third Reich.

The book includes sections on the "betrayal" of Germany's collapse after the First World War and Hitler's racist ideology. It portrays Aryans as the superior race and Jews as "parasites".

Mein Kampf also declares the need for Germans to seek living space, or Lebensraum, in the east at the expense of the Slavs and the hated Marxists of Russia, and calls for revenge against France.

Hitler wrote that it was necessary for Germans to "occupy themselves not merely with the breeding of dogs, horses and cats but also with care for the purity of their own blood".

The book also set out his political programme, including the terrorist methods National Socialism would have to pursue to gain power and create the new Germany.

Interesting fact: Many experts have described Mein Kampf in terms such as repetitious, wandering, illogical and – in the first edition at least – full of grammatical errors, reflecting a half-educated man. However, it appealed to many dissatisfied elements in Germany at the time.