Enigma machine – used by the Germans to send secret messages to each other in World War II. It was extremely difficult for others to work out what was said 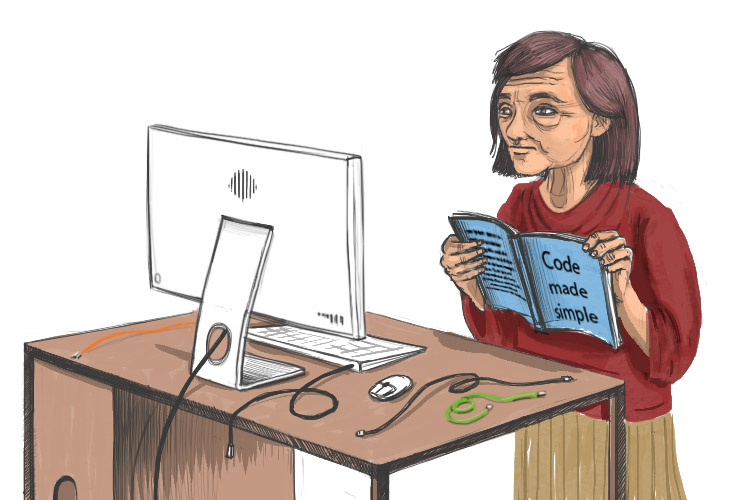 A niggle my Ma has with machines (Enigma machine) is that they are so difficult to work out. 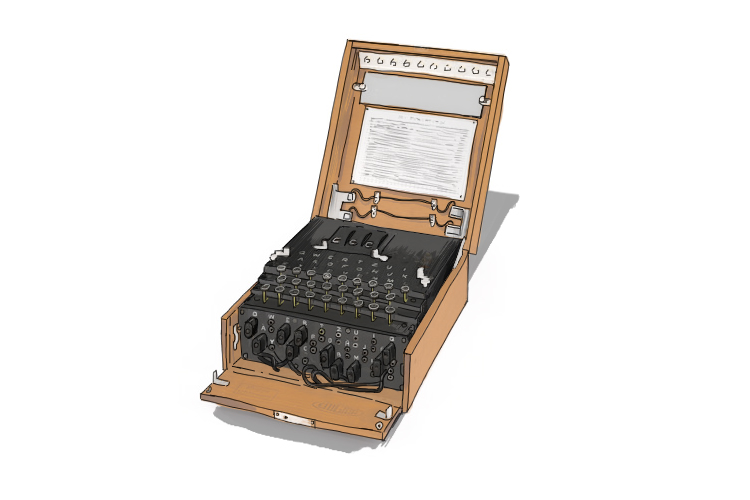 The Enigma machine was a device used by the Germans during World War II to encrypt messages (turn them into a secret code which was then turned back into normal language at the receiver's end) so that the Allies could not discover their content.

The machine allowed for literally billions of ways to encode a message, making it incredibly difficult for anyone else to decipher them.

However, a talented team at Bletchley Park in England, which included the brilliant mathematician Alan Turing, found a few weaknesses in the implementation of the Enigma code and gained access to German codebooks. This enabled them to design their own machine – called the Bombe (pronounced the same way as "bomb" without an "e") – which could quickly decipher Enigma-coded messages.

Now imagine that each time a letter is typed, the "shift" changes – instead of a one-letter shift each time, you could have a two, or ten, or twenty-letter shift. Now you can begin to understand how difficult it was to decipher the Enigma code – but it was actually much, much more complex than that. In fact, a military-grade Enigma machine could be set in any of 158,962,555,217,826,360,000 possible ways!

No wonder it took some of the best brains in Britain to crack the Enigma code!

Interesting fact: The Allies did not act to prevent every pending German attack they found out about through cracking the Enigma code. To avoid Nazi suspicion that their secret messages were being read, the Allies had to allow some attacks to be carried out even though they had the knowledge to stop them.