The Allies took control of an airfield on Guadalcanal that was later named Henderson Field. 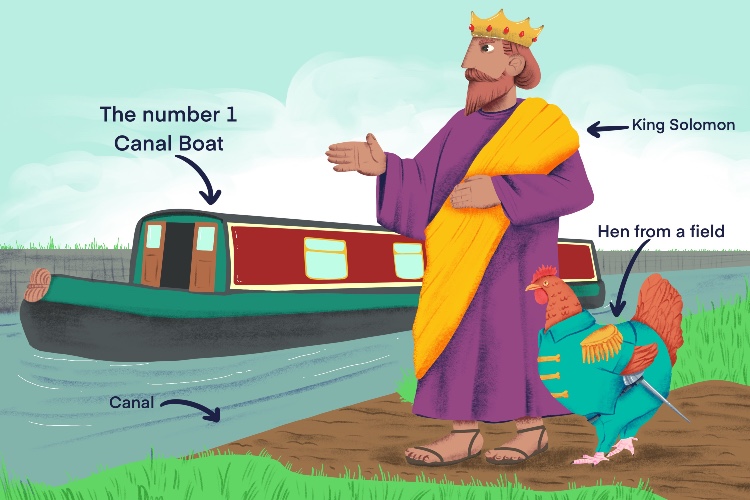 The hen from a field (Henderson Field) and King Solomon (Solomon Islands) stood on guard over all of the canal (Guadalcanal) as the number 1 canal boat went past (first major offensive).

The Battle of Guadalcanal was a resounding victory for the Americans in the Pacific theatre of World War II. It began with the first major sea-landing of U.S. forces, using amphibious craft.

Japanese troops arrived on Guadalcanal, the principal island in Guadalcanal Province of the Solomon Islands, on June 8, 1942, to develop an airbase. American marines landed two months later, determined to take it away from them. It turned into a six-month campaign.

The U.S. invasion ignited a ferocious struggle that was marked by seven major naval battles, three major land battles and almost continuous air combat as both sides sought to control the airfield.

The U.S. victory was an important step in driving the Japanese back across the Pacific. By seizing the strategic airfield, Japanese efforts to disrupt supply routes to Australia and New Zealand were halted.

The airfield was originally known as Lunga Point but the Americans later renamed it Henderson Field in honour of Marine Corps Major Lofton Henderson, who was killed during the earlier Battle of Midway while leading his squadron into action against the Japanese carrier forces.

What proved most significant was the resolve and resourcefulness of the U.S. Marines, whose tenacious defence of the airbase enabled the Americans to secure air superiority.

The number of casualties at Guadalcanal varies according to which account you read, but one respected resource states that by the end of the battle on February 9, 1943, the Japanese had lost two-thirds of the 31,400 army troops sent to the island. It further states that, from about 60,000 men deployed, the Americans sustained 1,600 killed, 4,200 wounded, and several thousand killed by malaria and other tropical diseases.

There were heavy ship losses on both sides, but the most significant loss for the Japanese war effort was the decimation of its elite group of naval aviators.

Interesting fact: The initial U.S. landings at Guadalcanal were helped by the weather – because of storms, the U.S. fleet was not spotted by the Japanese until it started bombarding the beaches.