The word was created by Benito Mussolini (following a treaty). He believed that the axis of the world would revolve around Rome and Berlin. This word was then used by the Allies and included anyone fighting against them and therefore included Japan after they bombed Pearl Harbour. 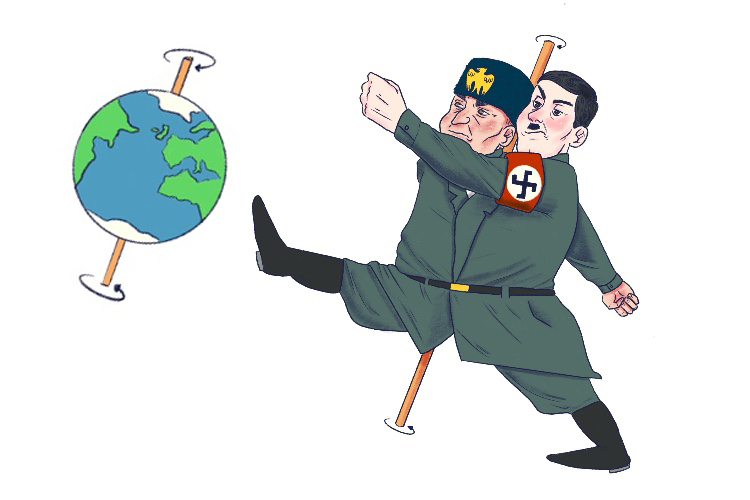 The alliance which gave rise to the term "the Axis powers" started to take shape in October 1936 when Germany and Italy signed a friendship treaty that formed the Rome-German Axis.

It was after this that the Italian dictator, Benito Mussolini, used the term "Axis" when talking about the agreement between the two countries.

The following month – November 1936 – Japan and Germany signed the Anti-Comintern Pact, a treaty against communism.

In May 1939, an even stronger alliance between Germany and Italy was signed. Called the Pact of Steel, this treaty was later renamed the Tripartite Pact when Japan signed it in September 1940. The three main Axis Powers were now allies in the war.

The Axis was also known as the Rome-Berlin-Tokyo Axis, or Roberto. This is an easy way to remember the capital cities of the countries in the three-way Axis.

Interesting fact: There was never a three-way summit meeting between the Axis powers. Cooperation and coordination was minimal, but with slightly more between Germany and Italy.