Giacometti – sculptures jacked up so they met me at eye level, but they got stretched

His sculptures were too small so they were jacked up so they met me (Giacometti) at eye level, but in so doing they were stretched and became tall and slender.

Note: Giacometti's sculptures were famous for being abstract, tall and slender. 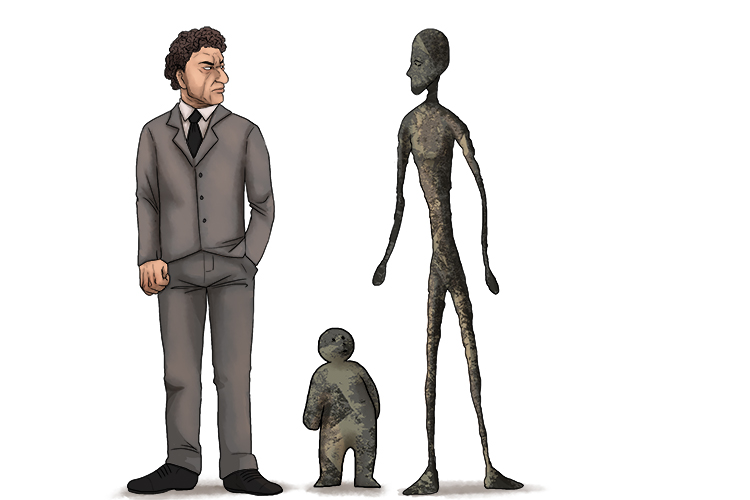 To remember his first name was Alberto, imagine seeing an owl that is slightly burnt (Alberto) resting on the shoulder of one of his sculptures. 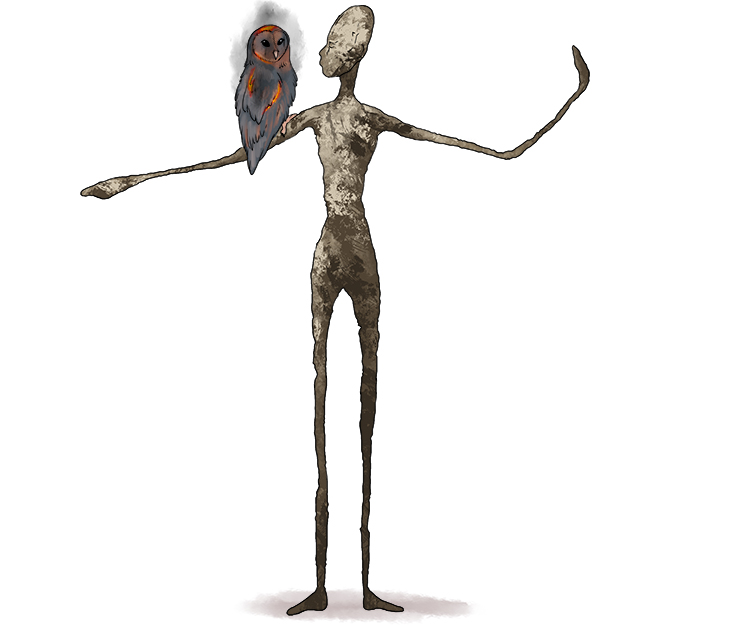 From his untidy studio in Paris, the Swiss artist came to be recognised for his extremely tall, stretched, slender sculptures. The surfaces were continuously reworked to give them a deep, coarse, textured finish.

Alberto Giacometti rarely deviated from three themes: the walking man, the standing nude woman and the bust. When he did deviate, it would also be extraordinary – for instance, see how he sculpted a dog.

His studio was extremely shabby, cramped and unkempt, even after he gained fame and wealth.

Giacometti worked with chicken wire, plaster and clay before the finished sculptures were sent to the foundry to be turned into bronze sculptures. Some of his work has commanded world-record auction prices for sculptures. 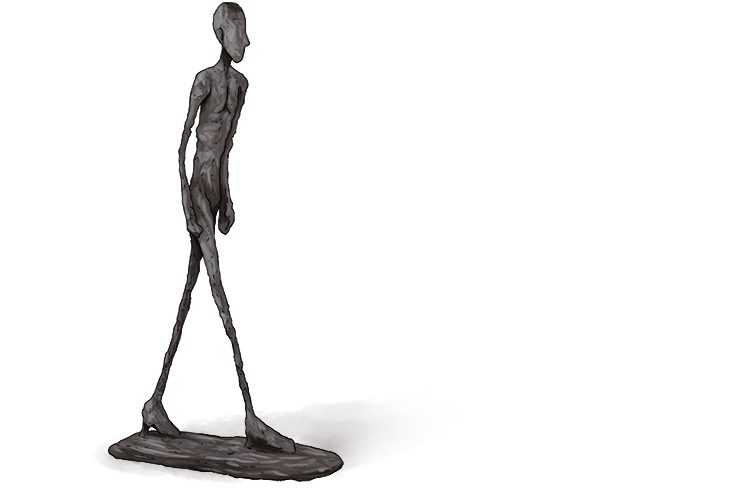 A representation of The Walking Man, 1960 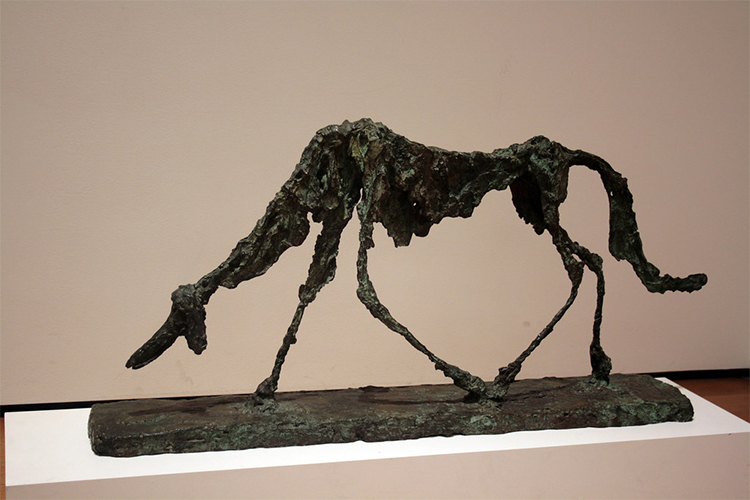 "Giacometti's Dog at MOMA" by Andurinha is licensed under CC BY-NC-SA 2.0

Not as well known, but equally as provocative, are Giacometti's drawings and monochromatic paintings, completed as if the pen, charcoal, oils, pencils or inks he used never left the page. 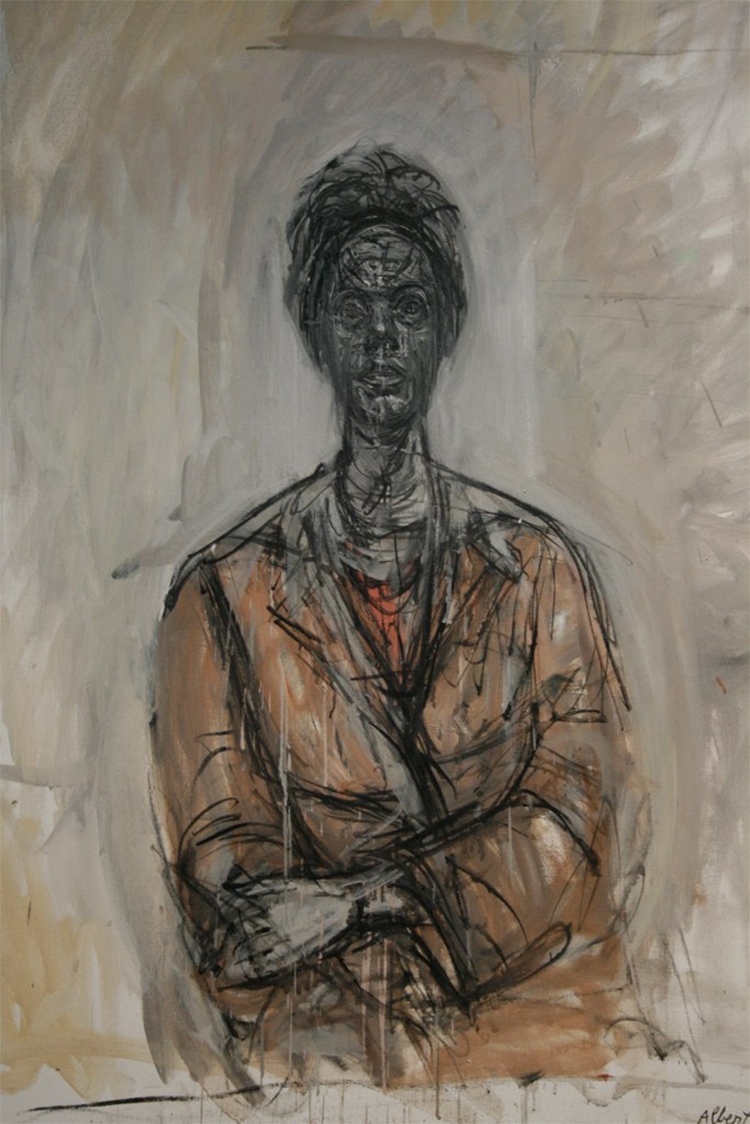