Banksy (who is this person? Are they still alive?) – creator of the world's most expensive stencil art

Banksy – on the South Bank or the West Bank...

On the South Bank of the River Thames, or on the Palestine West Bank wall, or known for defacing banknotes (Banksy) – Banksy has become a world-renowned graffiti artist and political activist. 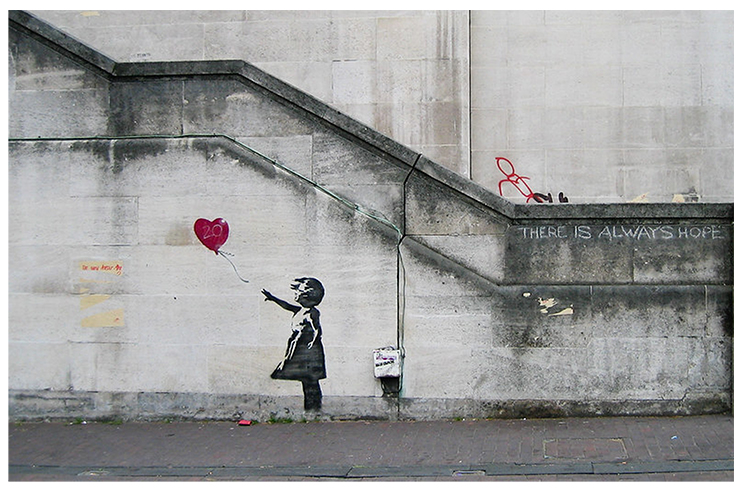 Banksy on the South Bank of the River Thames. 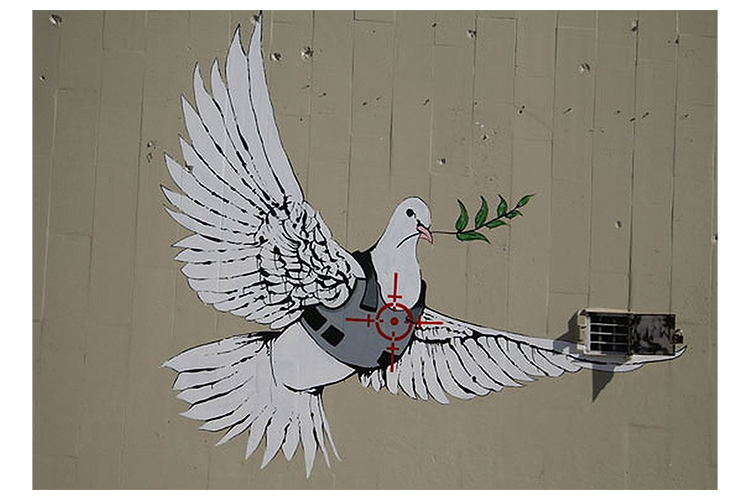 Banksy on the West Bank Wall in Bethlehem. 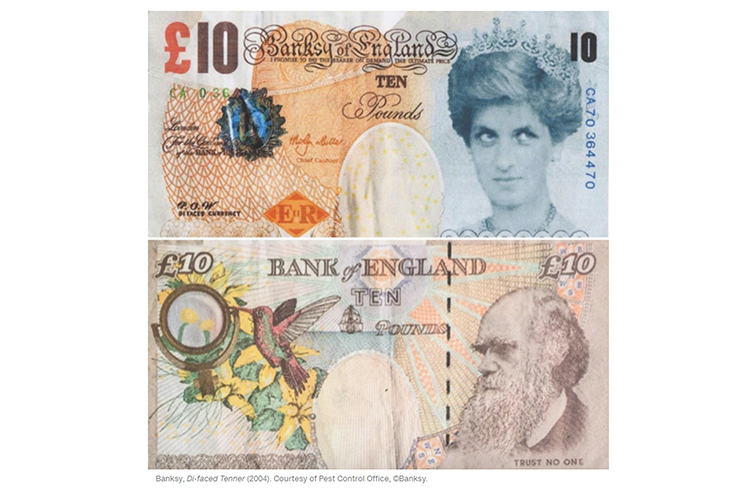 Banksy is a graffiti artist who has become a political activist and their artwork commands very high prices. Their identity is unknown, but if a piece of wall art is verified on their website, the walls they were painted on are often removed by specialists and re-sold for vast amounts of money.

Banksy's artwork is mostly sprayed onto community- or charity-owned walls so that they can gain an advantage financially from them.

Banksy has an agency called Pest Control that sells some pieces and represents Banksy's work.

Banksy became famous for using stencils so that the work can be sprayed quickly onto a wall, enabling the artist to get away rapidly without being caught by the police. 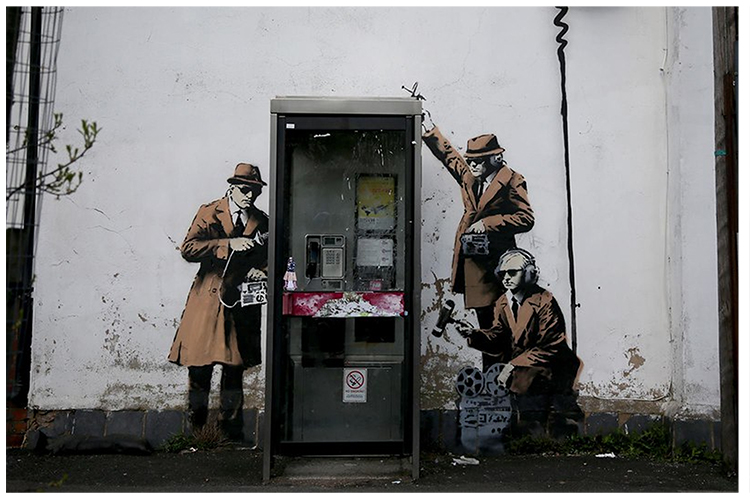 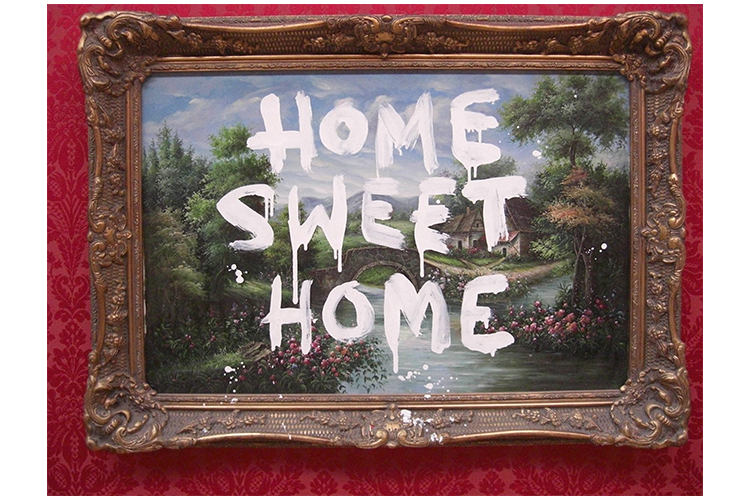 Below is a rare, more detailed picture by Banksy. It is a painting but has a stencil-like appearance. This painting was donated to a hospital to raise awareness of the NHS and was eventually auctioned off to raise money for the service. 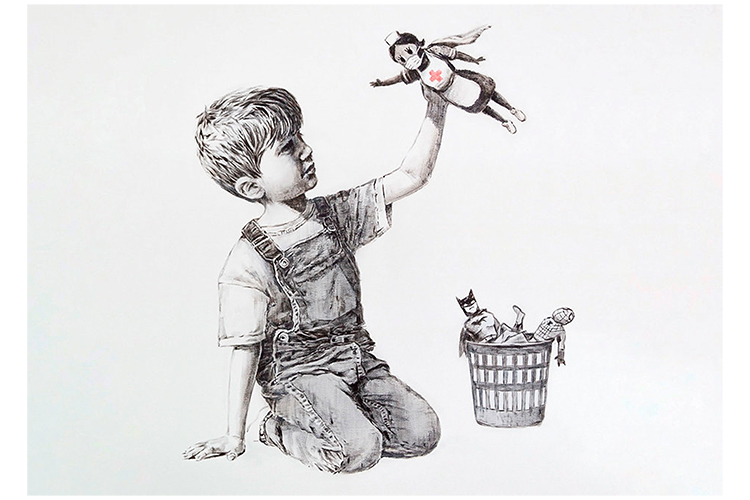