Laurence Stephen Lowry (died 1976 aged 88) – Famous for painting industrial scenes with people with no shadows and no weather effects. He worked with only five colours

L. S. Lowry – The opposite of flowery

His pictures were far from flowery (Lowry), being mostly stark industrial scenes with crowds of featureless people. 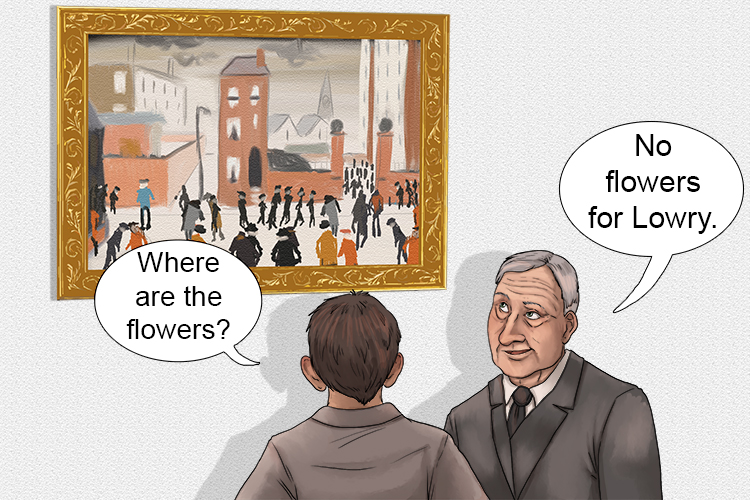 To remember the L. S. stands for Laurence Stephen think:

People in the scenes look like lots of ants (Laurence) and some of the streets were steep and uneven (Stephen). 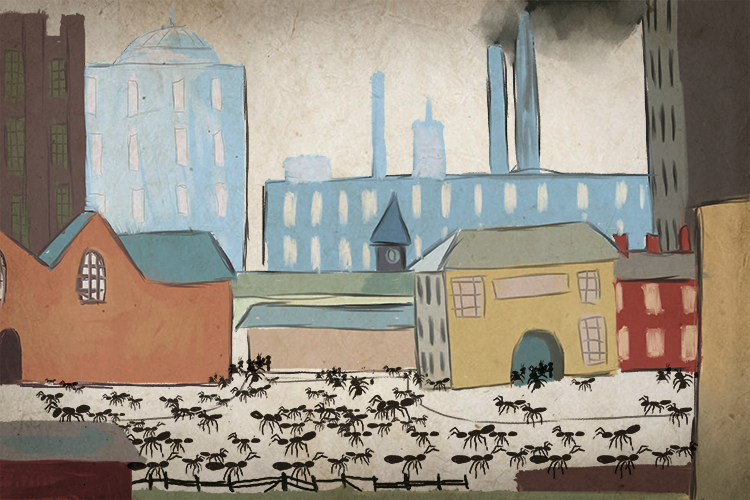 Lowry worked as a rent collector and found the time to paint while going to art college in the evenings, looking after his mother and painting until late at night.

He studied at the art college under a French impressionist and this had a massive impact on his art. He mostly depicted contemporary life in the urban landscape of Salford, Manchester, his home town in the UK. 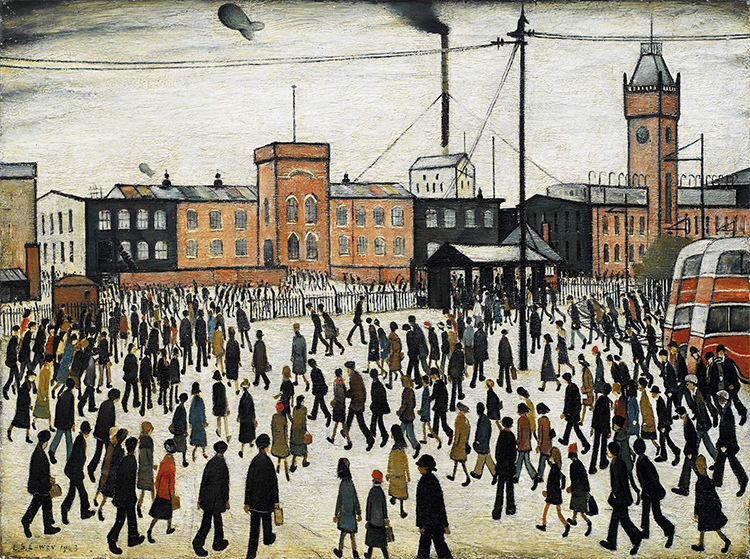 Nobody before had created: Paintings of contemporary life in an urban landscape