With any art course, you must have a basic knowledge of some artists, their work, their styles and their accomplishments.

The following pages provide you with mnemonics, or linked associations, to help you recall artists' names and a little about their work.

These pages will also enable you to practise the artists' styles so that you can, in time, become more proficient and eventually break free, creating your own new and progressive art form. 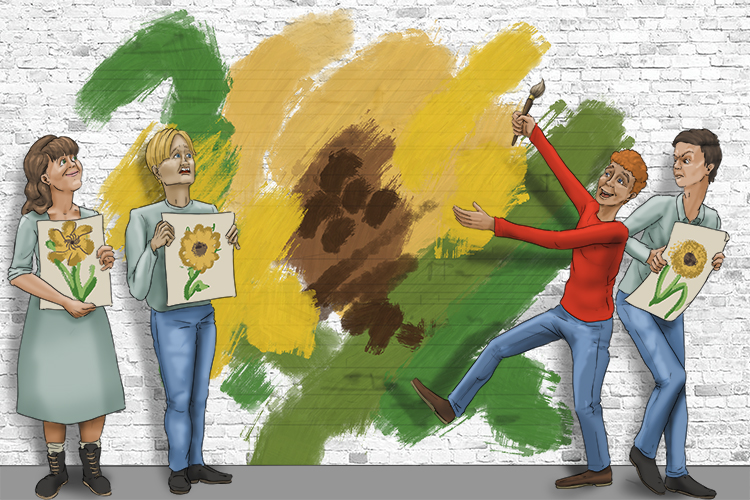 Note particularly how some artists had massive impacts on the art world by creating new ideas, for example:

Caravaggio, who was the first to use real fishermen or a real 32-year-old to depict Jesus in his paintings. He was the first to emphasise the contrast between light and dark in his paintings – using one strong light source to cast emotional shadows over the subject. He was considered a master of foreshortening the human figure, resulting in realistic perspectives that were groundbreaking at the time.

Picasso, who revolutionised art in the modern world, questioning people's aesthetic tastes by using unusual colours to depict the faces of his subjects. He was at the epicentre of the cubist movement, often deconstructing forms and playing around with composition, creating multiple views of a face or structure at the same time. His most famous painting, Guernica, a black and white depiction of a massacre in the Spanish Civil War, sparked civil unrest.