Note: For some of Matisse's greatest artwork he was confined to his bed (and a wheelchair) and he produced cut-out art.

Matisse - On his mattress it was easier to cut out shapes

As he lay on his mattress, it was easier (Matisse) to cut out shapes with scissors than to do full-scale artwork. He even cut out a hen (Henri) 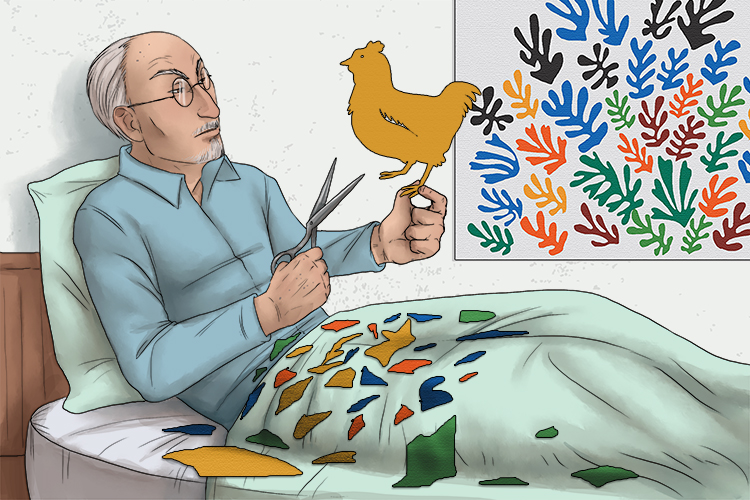 Henri Matisse and his friends were leaders of a style of art called "fauvism". They were known as "fauves" which translates from French to English as wild beasts.

To connect fauves to mats (Matisse) imagine a foe that roves (a wild beast) trying to get into the house past the mattress (Matisse). 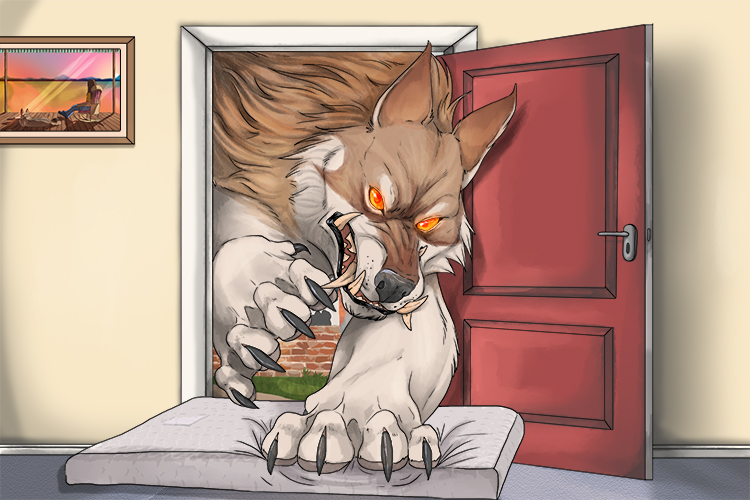 In his early life, Matisse concentrated on using saturated colours with limited detail and strong outlines. 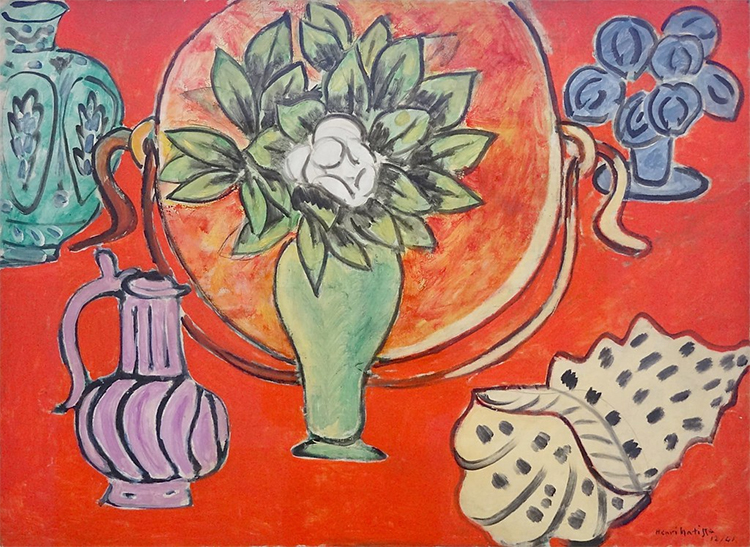 Later in his life, Henri Matisse was restricted to his bed and a wheelchair and started producing artwork using scissors. He adopted a bolder, simplified form, using cut-paper collages. Sometimes they were patterns, sometimes life-forms. Shadows and perspective were abolished. 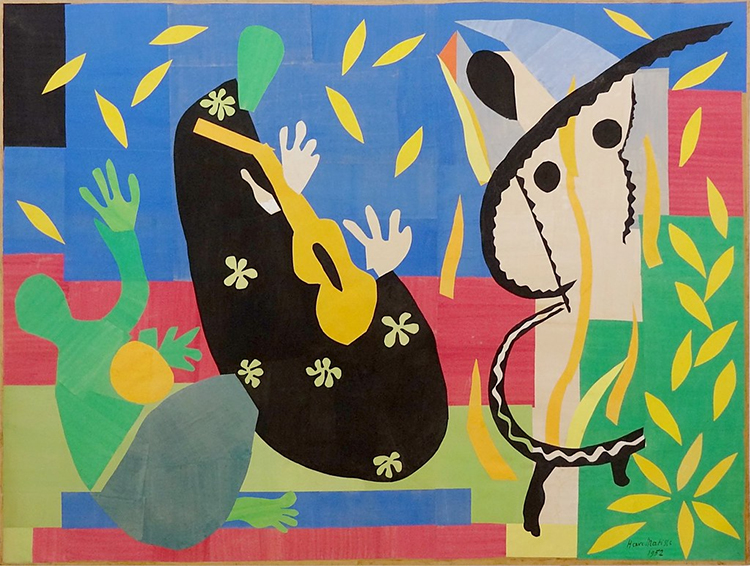 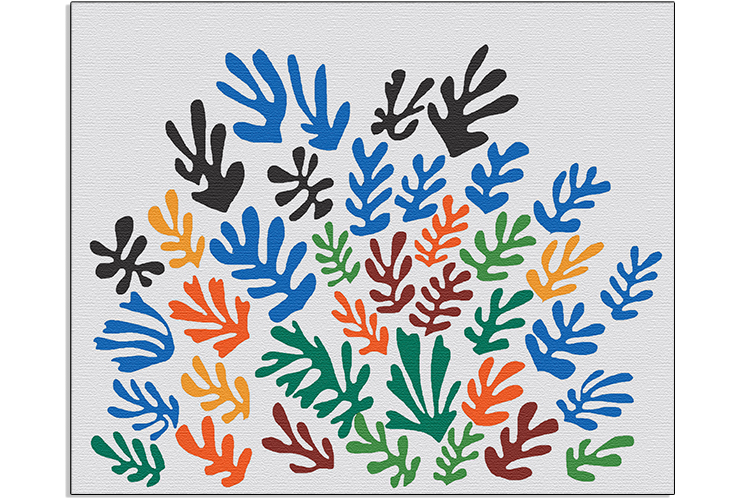 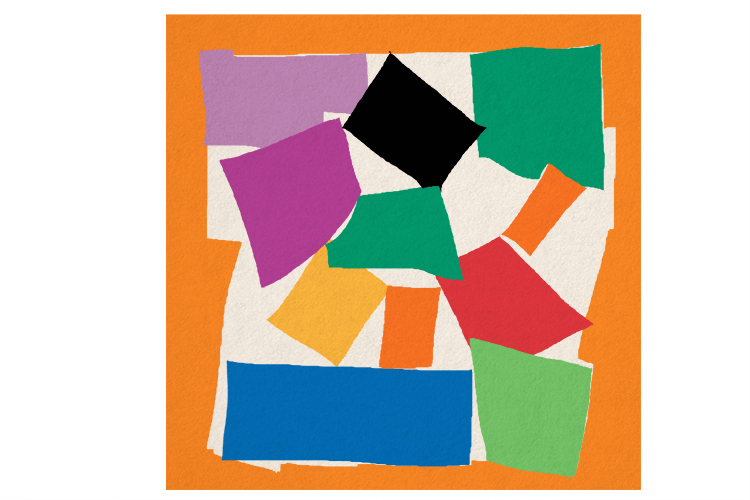 A representation of The Snail (L'escargot), 1953

Nobody before had created: Bold blocks of colour artwork using scissors