Potter - Her rabbits pottered around

Be it rabbits up to tricks (Beatrix) or just pottering (Potter) around a garden, her watercolour animals in her novels became world-famous. 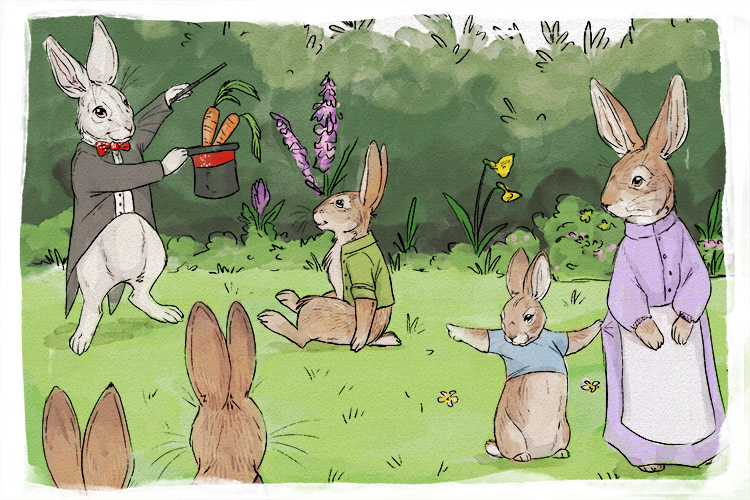 This style of changing animals or objects and giving them human-like characteristics is called anthropomorphism (pronounced an-thruh-puh-mawr-fiz-uhm).

Beatrix Potter was fascinated by the natural world. She modelled her own pets for her beautiful watercolours.
She wrote and illustrated thirty books, twenty-three of which were children's tales. She was so successful that even today her books sell over two million copies a year.

When she died in 1943, she left 4,000 acres of land – including 14 farms and her home near Sawrey – to the National Trust. This land became part of the Lake District National Park when it was established in 1951.

She is known for her children's books featuring animals such as "The Tale of Peter Rabbit". 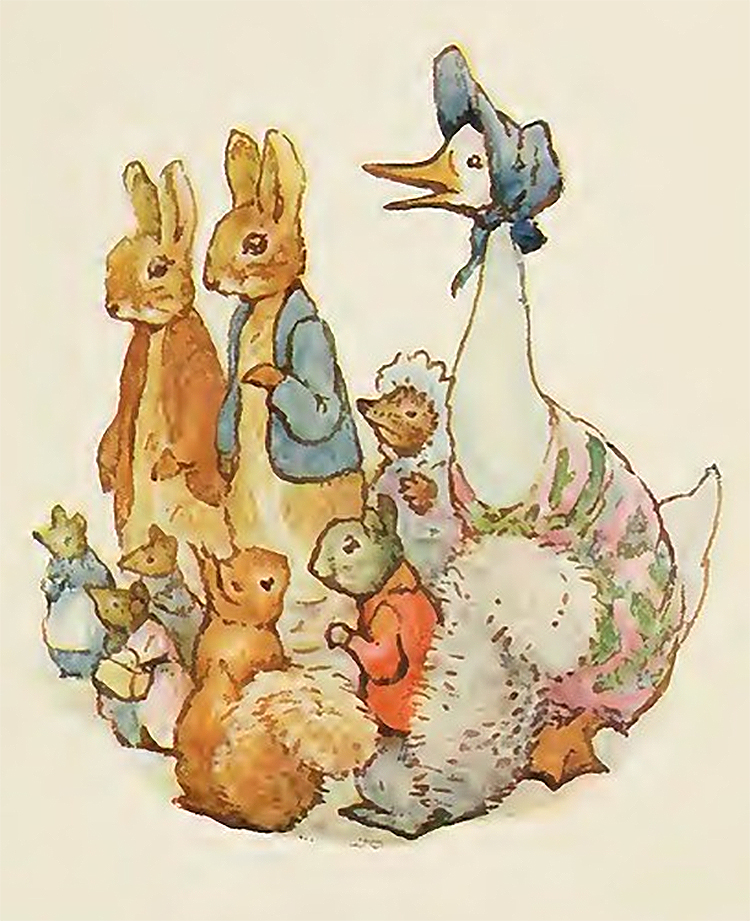 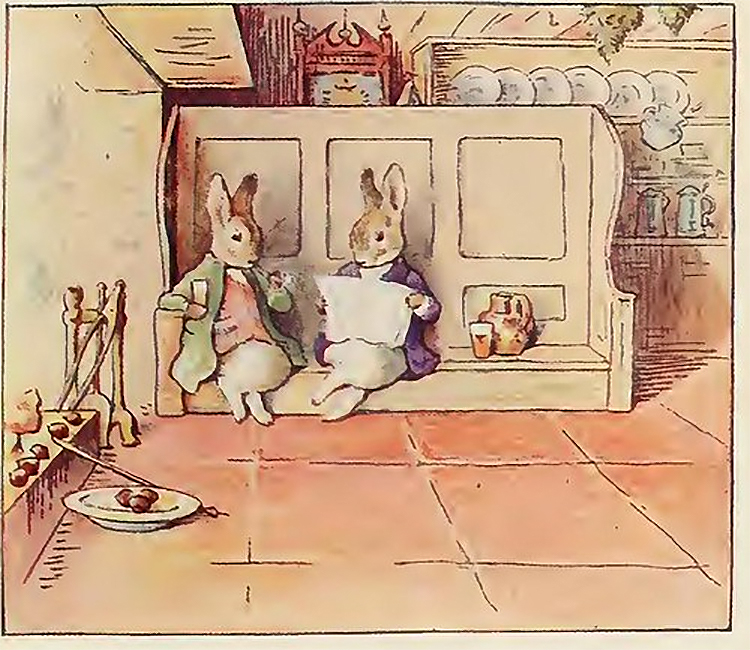