VINCENT VAN GOGH – Used a van to go over his paintings

Note: We have used the "go" pronunciation of Van Gogh's name. However, depending on where you are in the world, the pronunciation may be different. "Go" is mainly used in the USA, while the British generally prefer "goff". The Dutch pronunciation sounds something like "hough". But remember, if you are learning about Van Gogh as part of an exam course, you just need to know how to spell his name!

You will be convinced (Vincent) that he used a van to go (van Gogh) over his paintings to get thick lines. 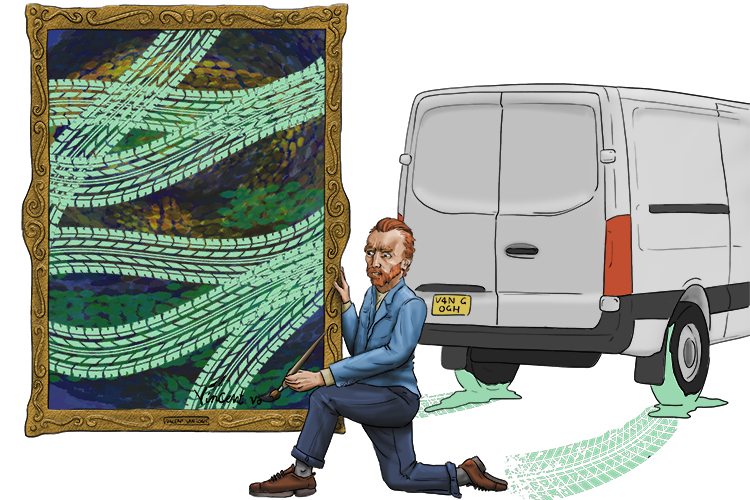 As you can see in the close-ups below, the long rectangles of colour van Gogh painted are very clear. There was little effort to blend the lines together – the viewer's eye was expected to do the blending.

Van Gogh was known for his thick application of paint on canvas, called impasto (the Italian word for 'paste'). He applied the paint so thickly that the brushstrokes are clearly visible in the finished paintings.

Van Gogh was a great Dutch painter, but suffered from anxiety and mental illness. This is visible if you put his artwork into chronological order. In his early work the paintings were very dark (see The Potato Eaters) and became increasingly brighter in his later years up until his death.

He only sold one painting in his lifetime but since his death his work has commanded the highest prices in history.

The Starry Night and his sunflower paintings are the most recognised paintings in the world: 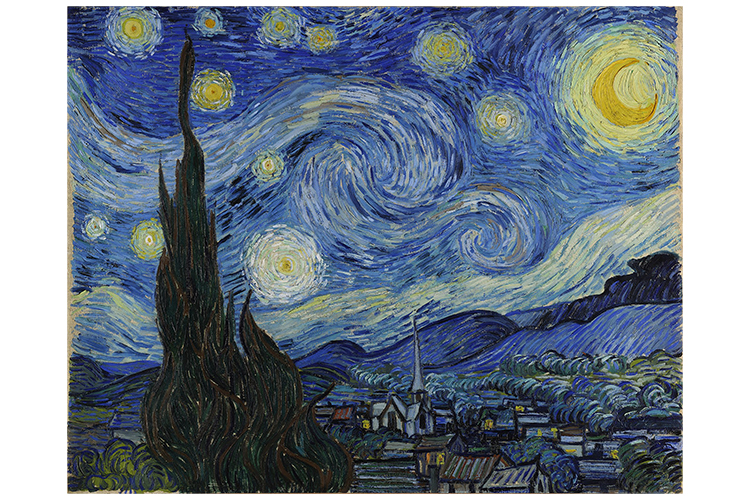 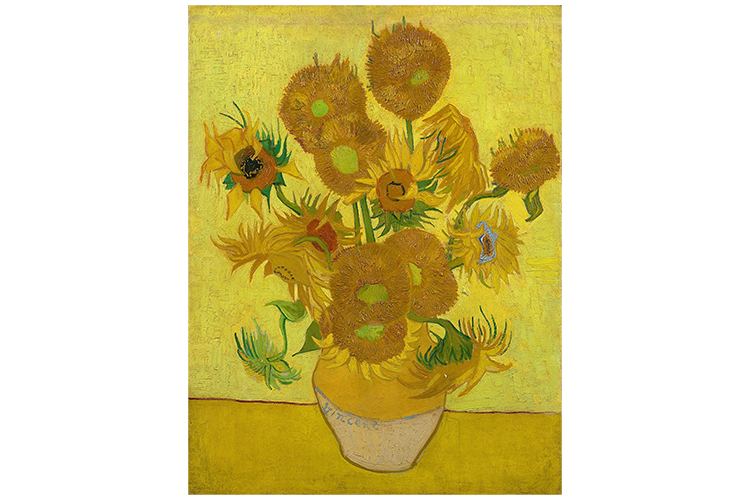 Nobody before had created – Such impressionist sunflowers