Alexander Calder (died 1976 age 78) – carefully balanced, wire hanging sculptures that move around even in the lightest of breezes. These have become known as mobiles.

If cold air (Calder) blows through the art museum, the hanging sculptures (mobiles) will move around. 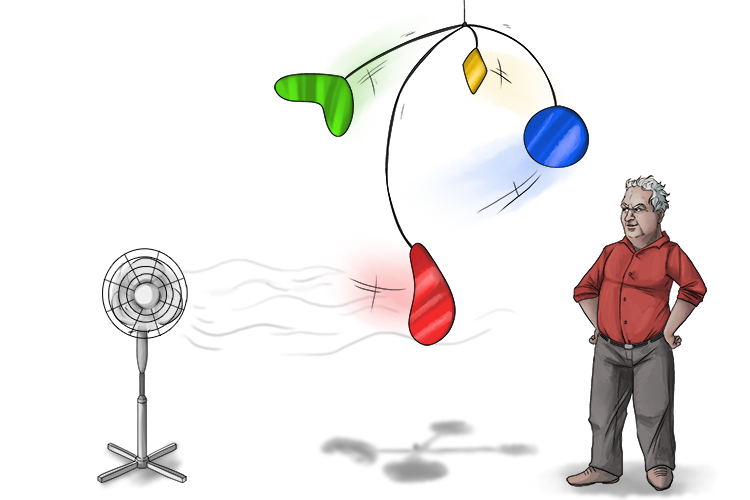 To remember that his first name was Alexander, you can see that each of the ends of the sculpture needed a lick (Alexander) of paint. 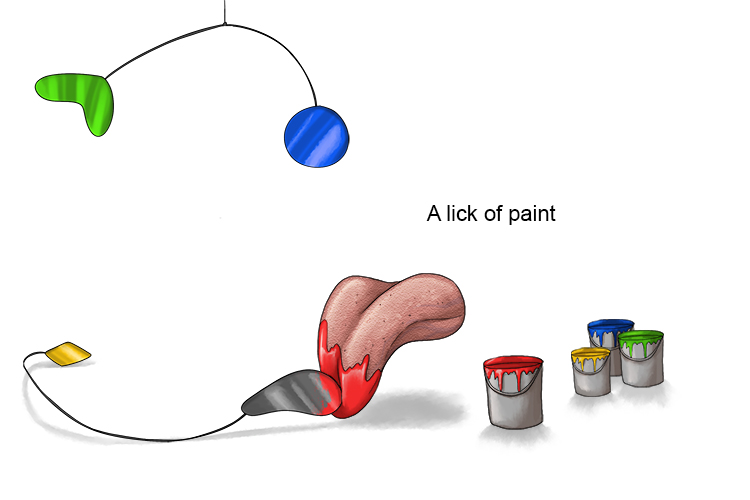 Alexander Calder was influenced by a visit to Piet Mondrian. He liked Mondrian's simple colours and thought his paintings would look good if they moved.

Calder hung many of his sculptures from the ceiling. They were painted, sheet-metal shapes hung from wire that moved with the air currents.

Nobody before had created – Hanging sculptures that moved with the air

These mobiles are visually fascinating and can be found in many museums around the world. 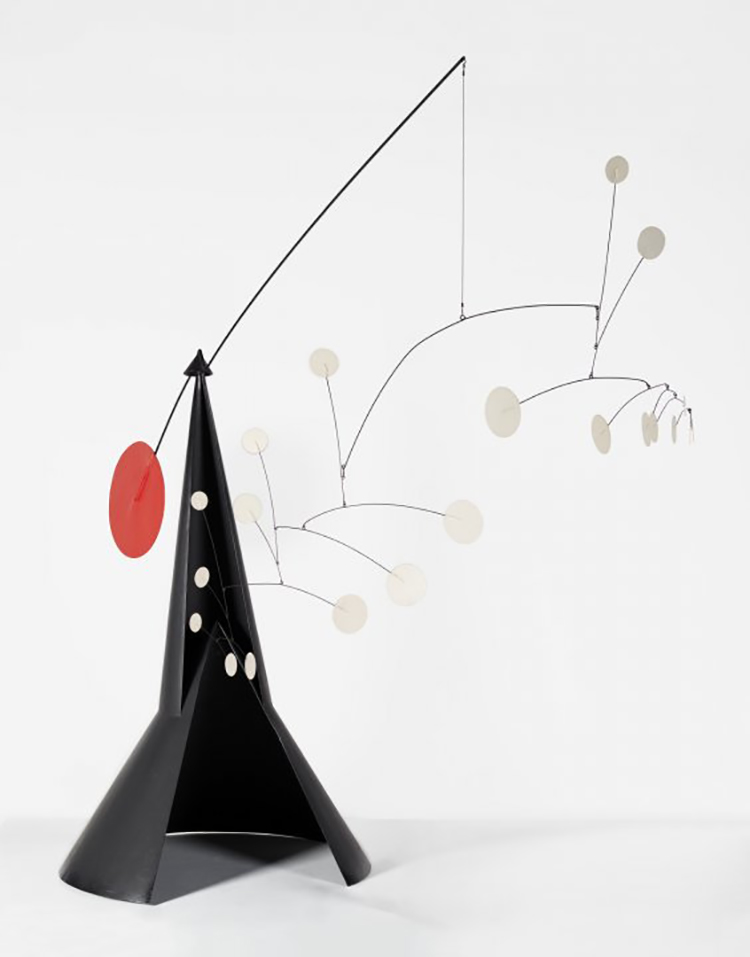