Note: To recall this image, you need to know that Jack the Ripper was an unidentified serial killer in the City of London in 1888 (although Jackson Pollack lived in America).

When thinking of Jackson think Jack the Dripper. 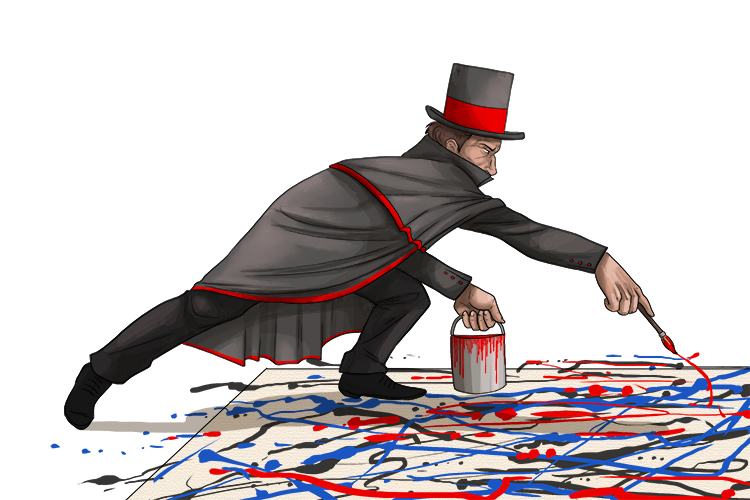 To relate Pollock to this, imagine pollock underneath the marks Jack the Dripper is making.

Note: Further – you will need to know pollock are large fish in the North Atlantic.

Also, remember Jack the Dripper and some pollocks (Jackson Pollock). It's not all a load of pollocks you know. 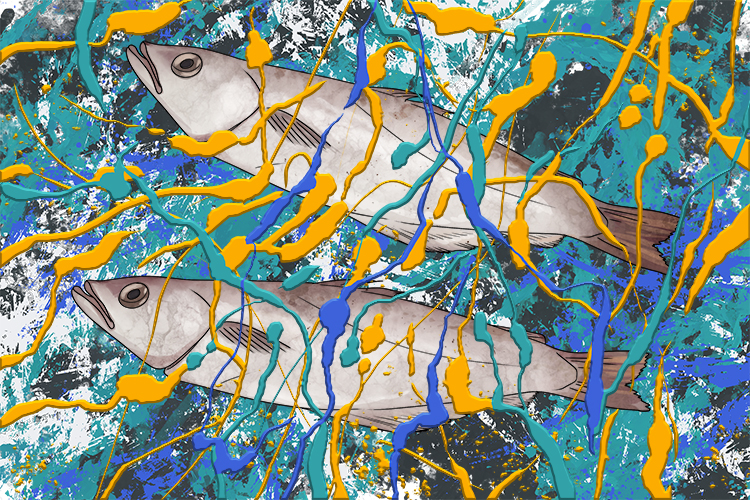 Pollock was largely known for his technique of using drip art. He would pour, splash and drip on a large canvas laid on the floor. Because he walked around the painting and did frantic dance moves while dripping the paint, this technique is called "action painting".

Jackson Pollock was a leading force in abstract expressionism and gained considerable fame.

He was a drunk, desperate, failing artist struggling to survive in New York, but in the 1940s he became rich, saved by a wealthy heiress – Peggy Guggenheim – who bought his paintings.

Nobody before had created – Drip action paintings 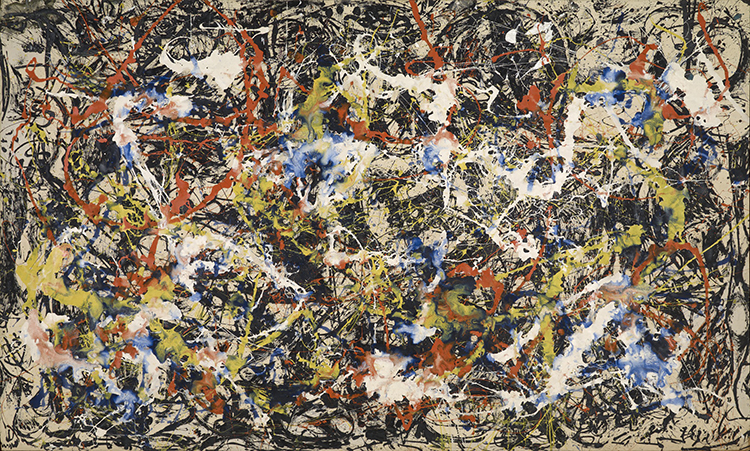