He clawed (Claude) himself out of bed early on Monday (Monet) morning so that he could set his easel up ready to paint a field of haystacks at different times of the day. 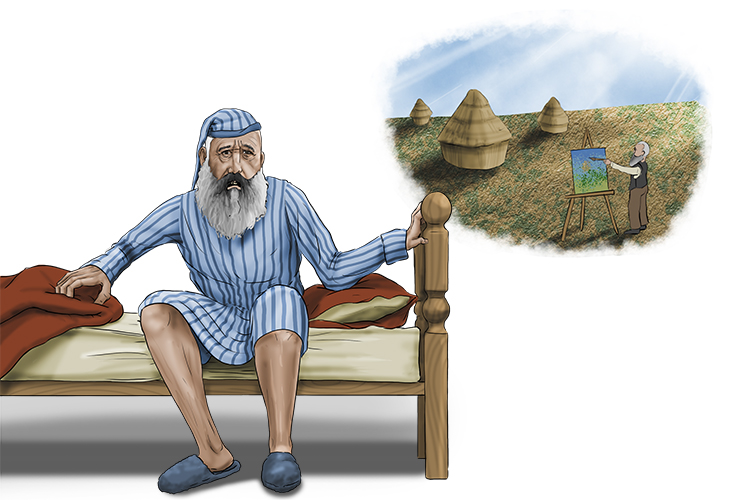 Claude Monet often painted the same subject matter repeatedly, at different times of the day. This allowed him to show the different light and atmosphere present at various times of the day. He took this obsession with light even further, showing the same scenes throughout the year, no matter the weather. 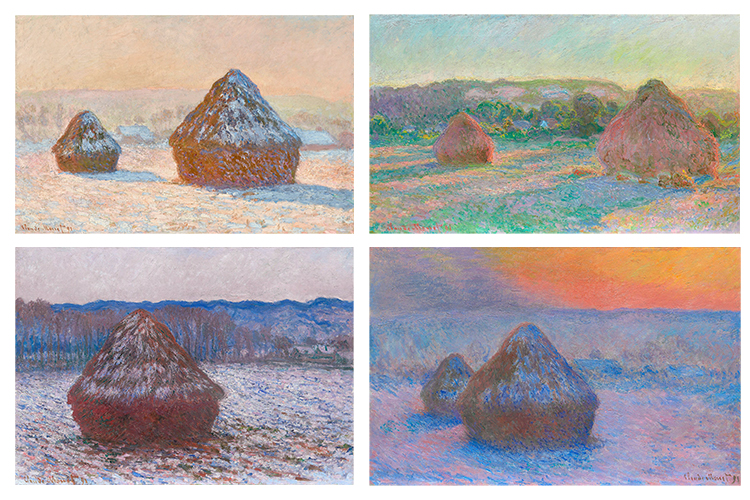 One of Monet's most famous examples of this is his series of 25 paintings of haystacks in a field. He was most interested in light and shade, focusing on the moods and emotions different natural light evoked. Rendering exact copies of the field like a photograph was not important: instead, representing the 'impression' that it left was his aim.

Below is another example of Claude Monet's work, an open-air impressionist scene. Paintings like this are why he is considered to be the founder of French impressionist painting. 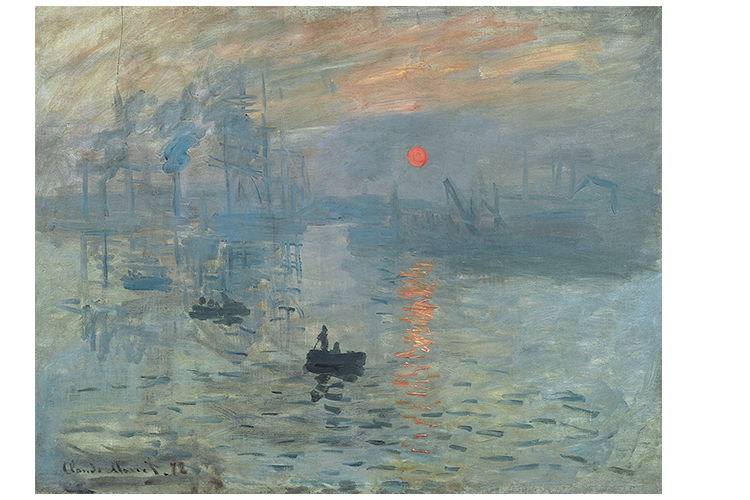 Due to his success as a painter, Claude Monet became rich enough to set up home in Giverny, France. He landscaped the property, adding a huge lily pond, and began to paint from home. He painted the pond into his old age, and the results have become some of his most famous, and instantly recognizable, paintings.

The Musée de l'Orangerie in Paris is a museum dedicated to Monet's water lily paintings. Eight huge examples hang on the walls in two round rooms, creating an almost 360°, immersive experience. 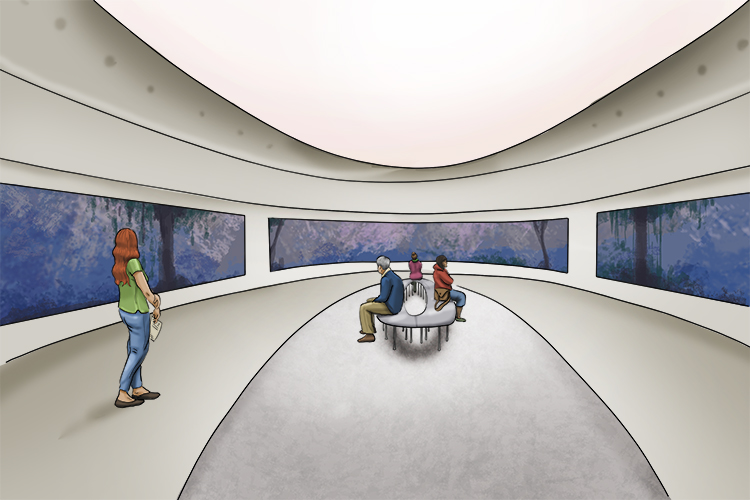