Her house looked like it had been mauled (Maud) and was like a Lewis (Lewis) Carroll Mad Hatter's tea party.

Note: Maud Lewis's house was fantastically bright and nearly every surface was painted. 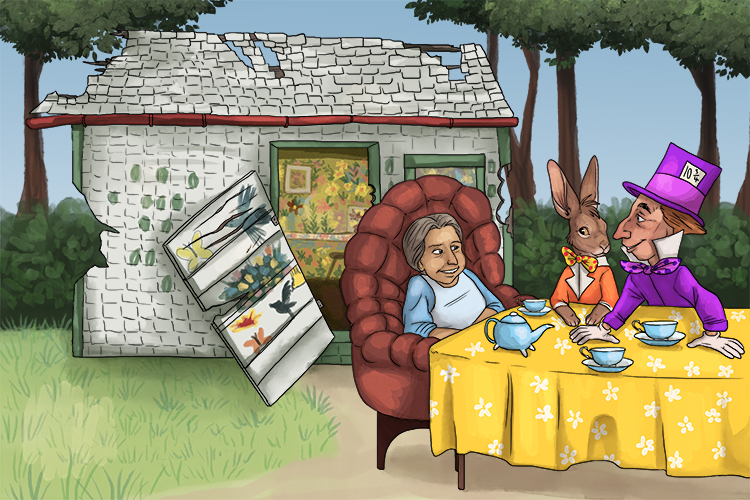 Note: Her house wasn't mauled, but it's a great way to remember her first name.

Maud Lewis created folk art, which is art that reflects local culture, produced by people who are not formally trained at art school.

Maud Lewis created her style by "layering" the background first, then the foreground. After painting the background, she painted all the base colours of the land, sky and ocean. After this she added all the small details on top, such as animals, houses and trees. Lewis used perspective to make the things closest to her (the foreground) bigger than those in the distance (the background). 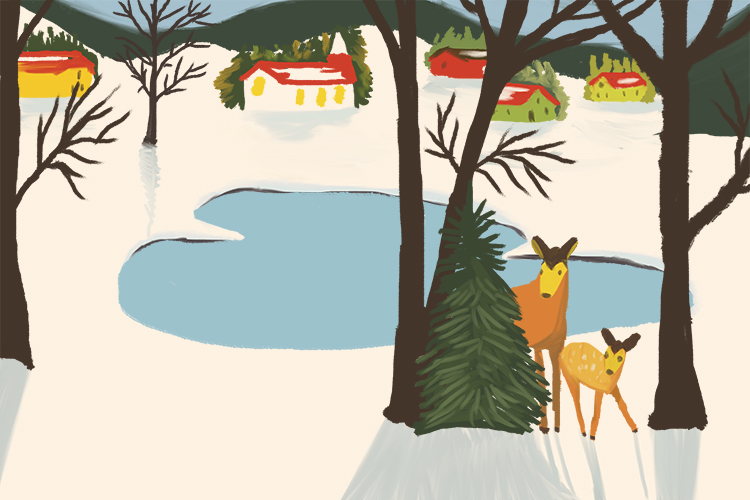 Above is a representation of Maud Lewis' work

Maud Lewis was born with almost no chin, and was small. She created her paintings with limited use of her hands due to rheumatoid arthritis.

Despite the lack of indoor plumbing and electricity, the house was full of delight, with every surface painted. Objects in the house – even scissors – were also painted.

Maud sold her paintings from her house to anyone who would buy them.

Her house is now in a museum in Halifax, Nova Scotia, Canada.

"Maud Lewis House Interior Pano" by brownpau is licensed under CC BY 2.0 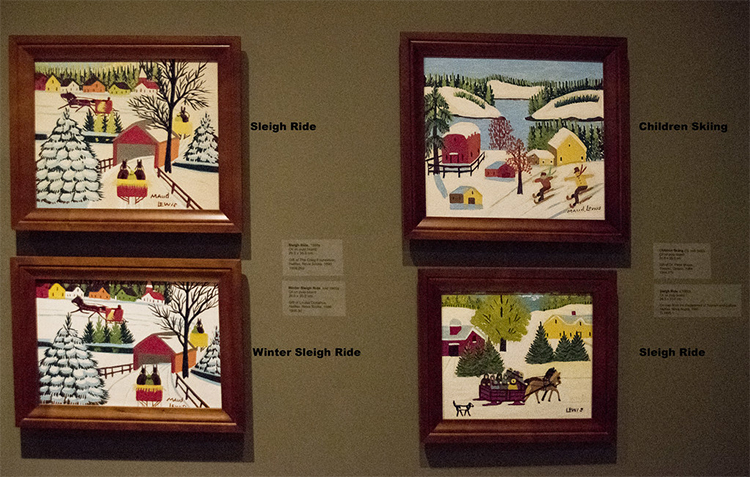