The jaw (Georges) of the sewer rat (Seurat) spat out dots onto the canvas.
(He didn't spit but the paintings do look like they have been spat at). 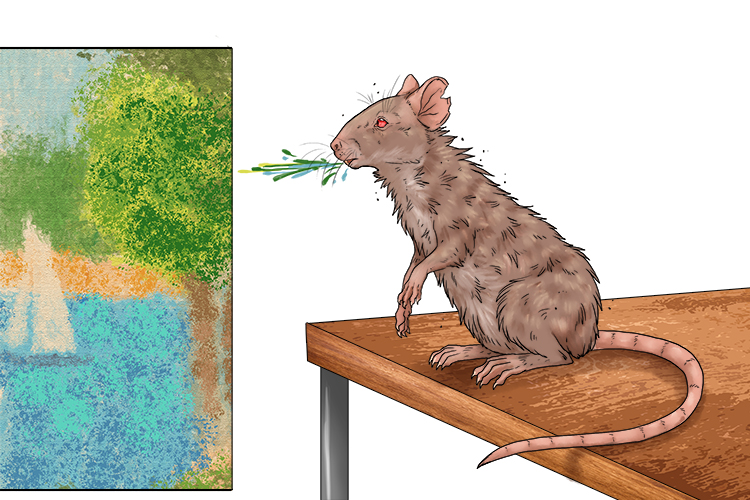 The dots in the painting are what the art world calls pointillism, which is the technique Georges Seurat developed.
The technique gives you a unique play of light, using tiny dabs of the paintbrush and contrasting colours to create a shimmering effect. For example, small spots of blue and yellow can create the look of green.

Paintings take a long time to complete using this technique. For example, "A Sunday Afternoon on the Island of La Grande Jatte" took two years – a long time, even allowing for the fact that the painting is 3 metres (10ft) wide. Most of his scenes were depictions of Paris, where he lived. 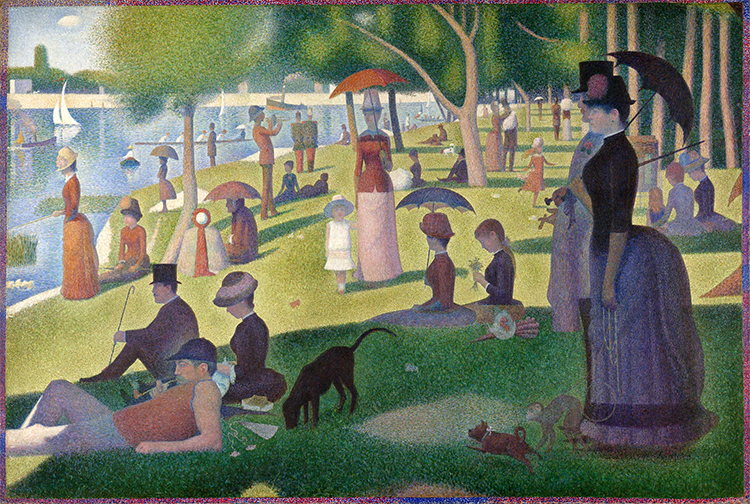 A Sunday Afternoon on the Island of La Grande Jatte, 1884

Georges Seurat created pointillism, which depends on different coloured dots being distributed so as to give the desired hues, rather than the traditional method of colour being mixed before it is applied. The method works rather like television and computer screens, which are made up of tiny coloured dots that give the impression of different shades.

This can be explained when you use a colour wheel. To see how this works, see Mammoth Memory Colour Wheel. 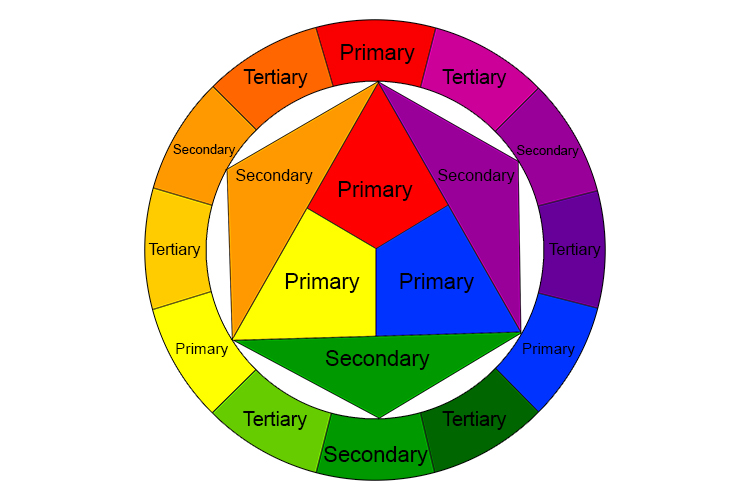 Nobody before had created – artwork using pointillism