TRACEY EMIN – Left a trace of herself

Her art leaves a trace (Tracey) of her self and could be described as art that's not very feminine (Emin). 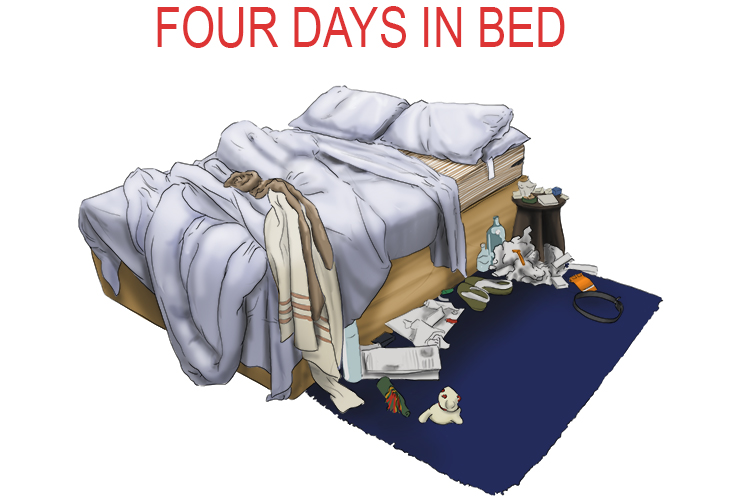 Note: One of Tracey Emin's most famous works, My Bed, features what is left of the bed after she spent four solid days in it during an emotional period of her life (we have recreated what this looks like).

Tracey Emin once displayed a tent with the names of people she had shared intimate relationships with sewn onto the interior canvas. This received iconic status.

One of her first installations was My Bed. This work had an explosive impact on art journalists, with a large number of reviews being written about it, both good and bad. Her works have caused much controversy and discussion.

In 2011, Emin became one of the first female Royal academy professors.

Tracey Emin continues to make works to this day, such as large blankets, prints and paintings.

Emin went through a period where she created blankets. She sewed blocks of colour onto the blankets and the blocks were then covered with thoughts and issues of love. She covered them with expressions and painful experiences from her past and her innermost desires and fears.

When her first blanket, Hotel International 1993, sold, Emin cried. The quilt is emblazoned with people's names and places from her childhood and has hand-written passages of her memories stitched onto it. Here is our representation of the Hotel International blanket: 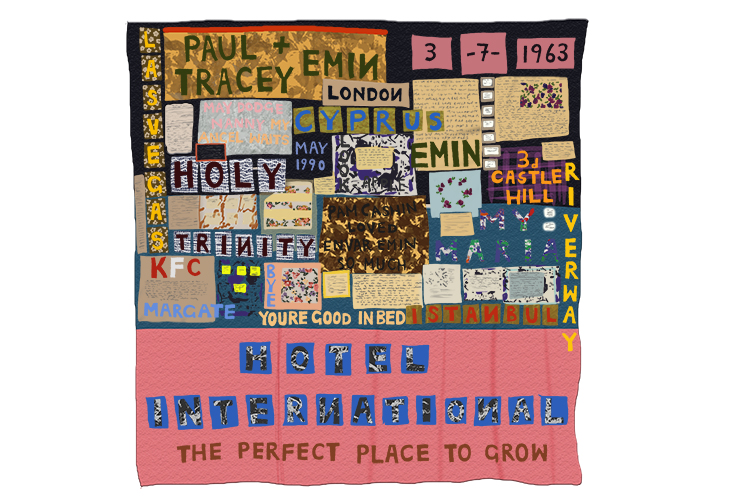 Nobody before had created – Intimate autobiographical confessional art installations