Imagine Christopher (Christo) Columbus standing talking to a janitor with a bin that has been clawed (Jeanne-Claude) and suddenly they are wrapped. 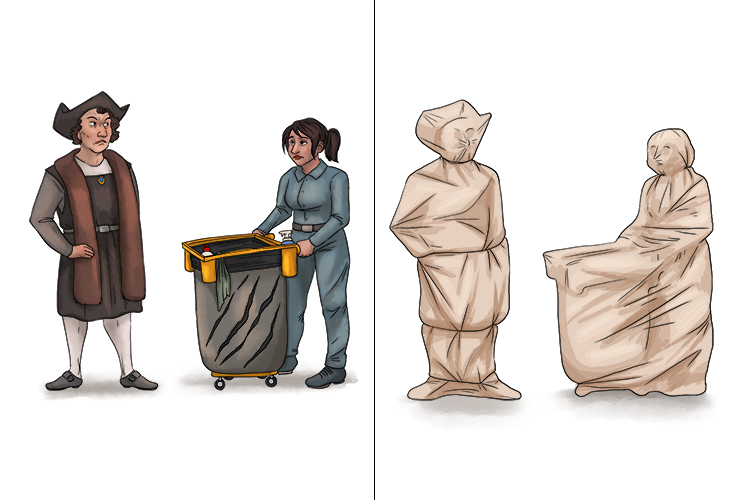 Christo and Jeanne-Claude began working together in Paris, creating large-scale, site-specific environmental installations. They married early in their art careers. Later, they moved to the USA, living in New York.

Christo and Jeanne-Claude wrapped cloth around famous places like the Reichstag and The Pont Neuf, fenced off gigantic areas, or covered large swaths of land in umbrellas. Once these sites were covered, the familiar objects seemed to become something else.

Their work has been called installation art because it was three-dimensional, large, site-specific work that people walked through or around in order to engage them. They were designed to change the perception of space.

The installations could also be called land art, because they were made directly in landscapes, sculpting the land itself.

They saw their art as a joy, beauty and a new way of looking at the familiar, forcing people to rethink the way they viewed the land around them. 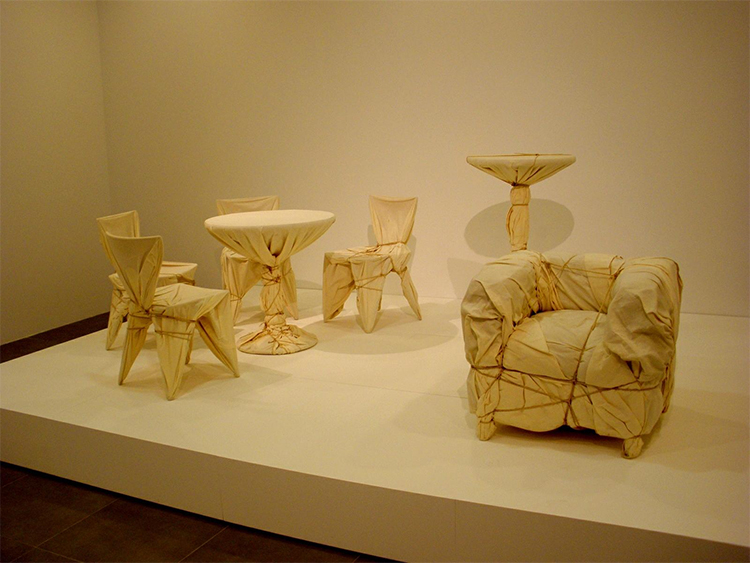 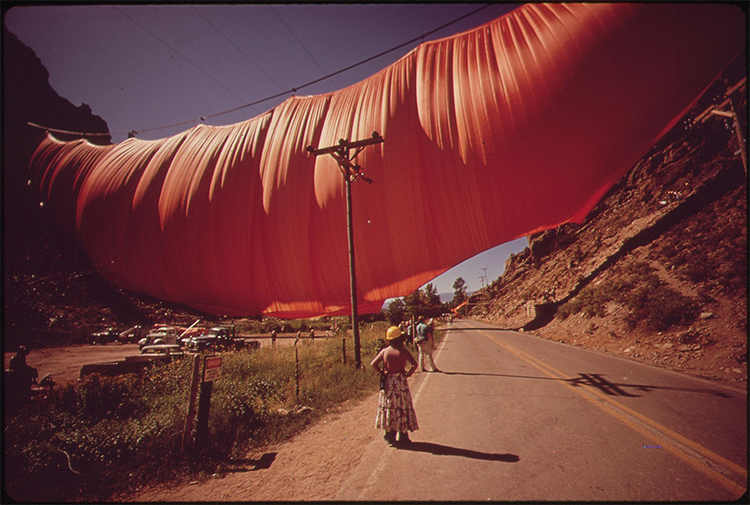 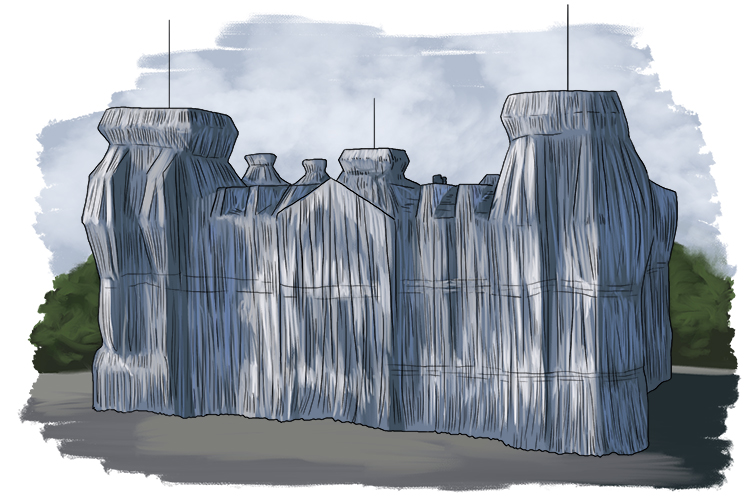