To create a Basquiat self-portrait painting, draw a rectangle for a head with very round edges. Draw the upper part of the body with the hands in the air. Now draw a crown. Draw none of it perfectly, the primitive style is characteristic is his work.
Perfectly, it would look like the example on the left; a better artist would make it look more like the example on the right. 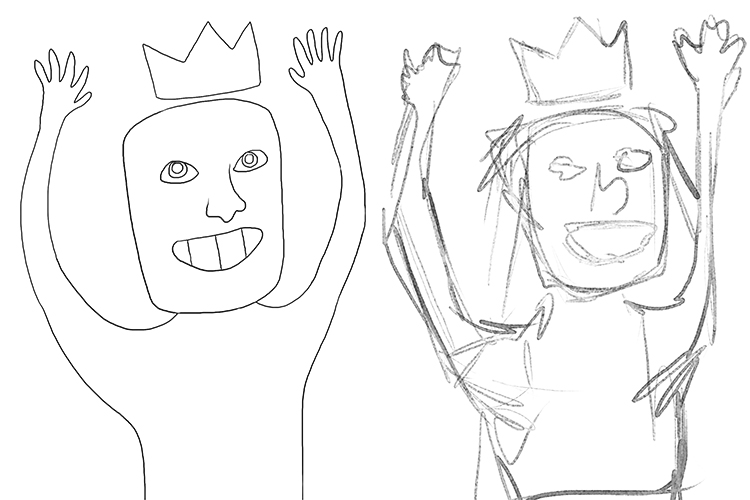 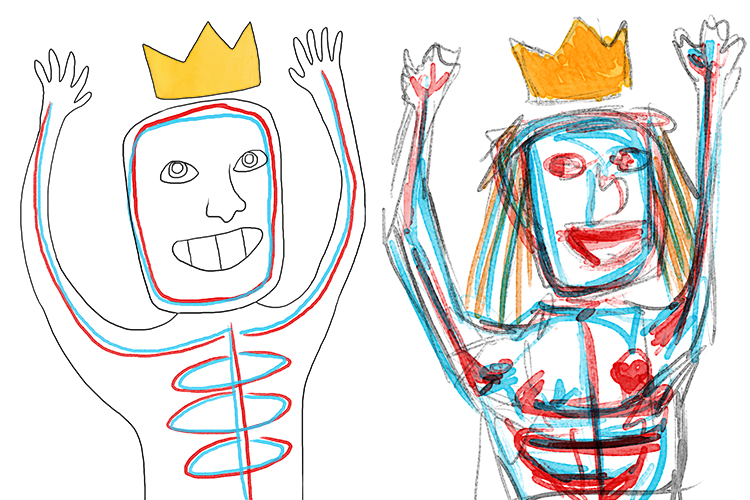 Now put strange blocks of shapes around the background and fill them in different colours from light to dark.
Perfectly, these strange shapes would look like this. 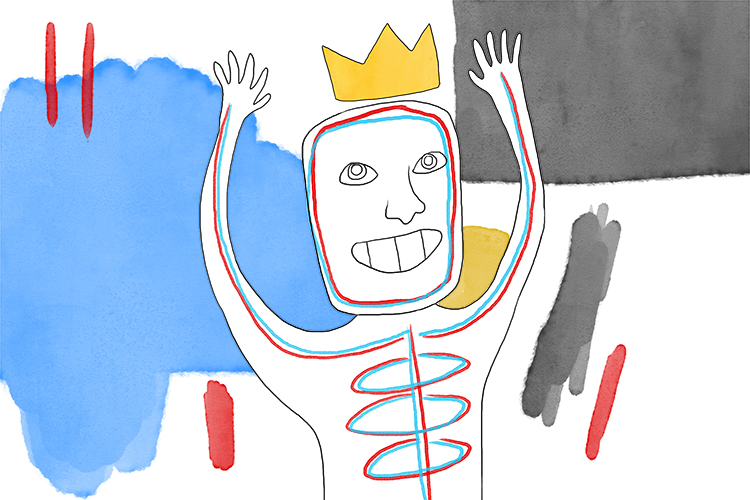 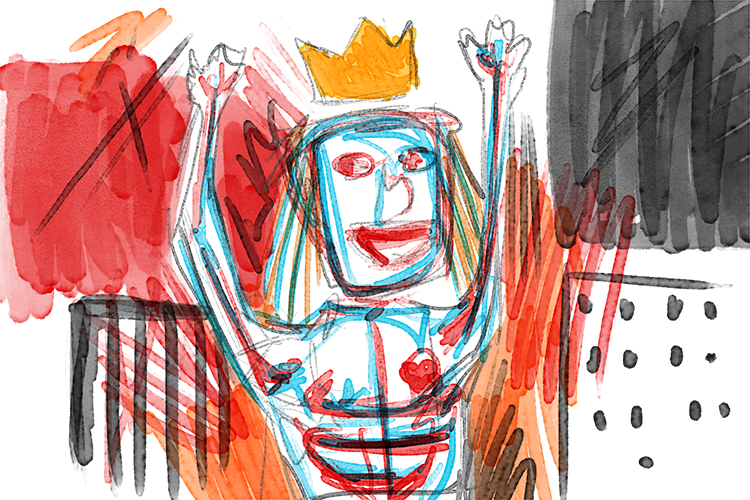