Freed (Frida) from an electric streetcar accident where loads (Kahlo) of people died. 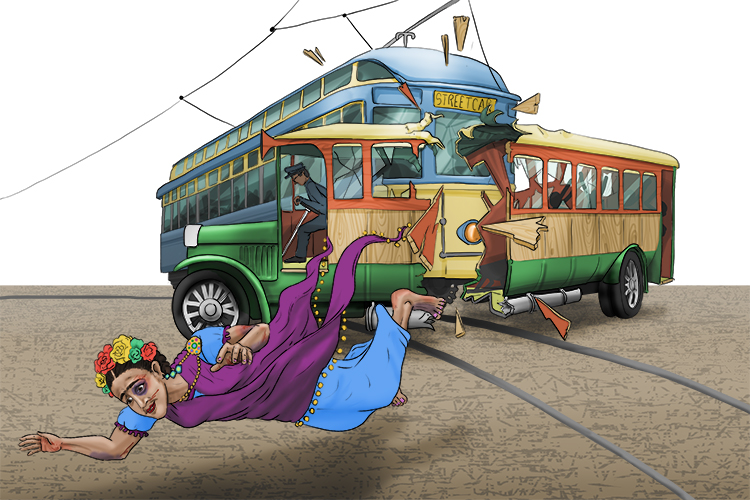 Frida Kahlo was a Mexican artist whose paintings were strongly influenced by her culture. This was shown through the use of bright colours and dramatic Mexican symbolism.

Her work displays raw pain and emotion which some say is linked to her own experiences in life.

In 1925, Kahlo was involved in a horrific accident. A bus she was travelling in was hit by an electric streetcar, killing many of the passengers on board. She was impaled by an iron bar, fracturing her pelvis and damaging her uterus, abdomen and spine. Kahlo also broke her leg in several places and her feet were crushed. These injuries, along with lasting side effects from contracting polio as a child – such as a shortened and weakened leg – are said to have affected her work a great deal.

Many of her self-portraits are head-on, full-face paintings, allowing emotion to be the overwhelming feature. Her paintings include symbols and objects influenced by Mexican folk culture. 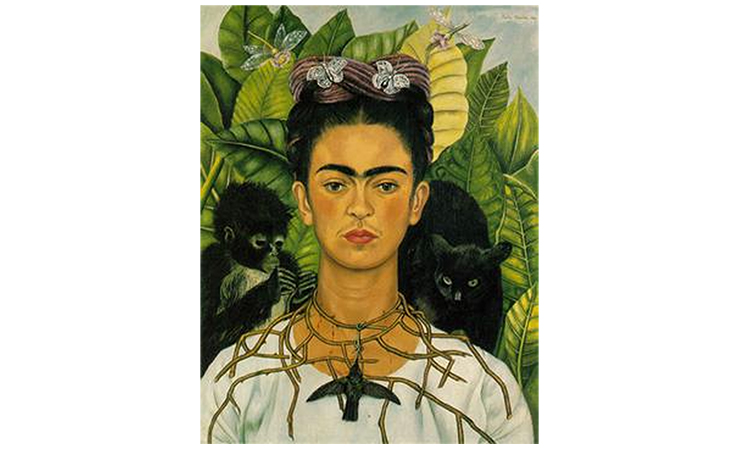 Self-Portrait with Thorn Necklace and Hummingbird, 1940