He used his hands (Andy) to carry back bags of Campbell's Tomato Soup cans but wore a hole (Warhol) in the bag. The soup fell out and it was at this point he realised he could make art out of the cans.

Note: This did not happen but it is a great way to remember his name and recognise his type of artwork, reproducing many times lots of popular consumables like Campbell's Tomato Soup as an art painting. 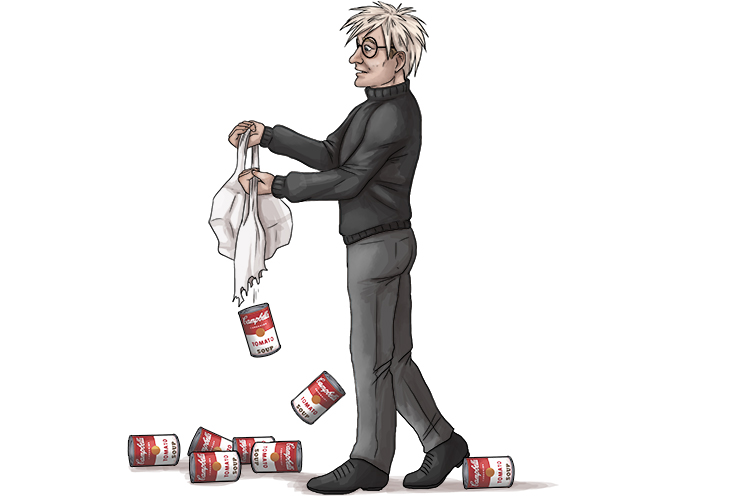 Andy Warhol was famous for exploring popular culture. His pop art, which was about popular things using limited colour (four to five colours) and simplistic shapes and figures, became some of the most recognised artwork in the world.

He was brilliant at marketing himself, using his shock of white hair as a brand.

Warhol liked using silkscreen printing to mass-produce artworks based on photographs of celebrities like Marilyn Monroe and Elvis Presley.

Silkscreen printing is a stencilling method that involves printing ink through stencils supported by a porous fabric mesh stretched across a frame, called a screen.

He created a studio where he worked and got ideas, called The Factory, in New York City, where many actors, models and artists hung out.

Pictures of Campbell's Tomato Soup and Coca Cola bottles made him famous., 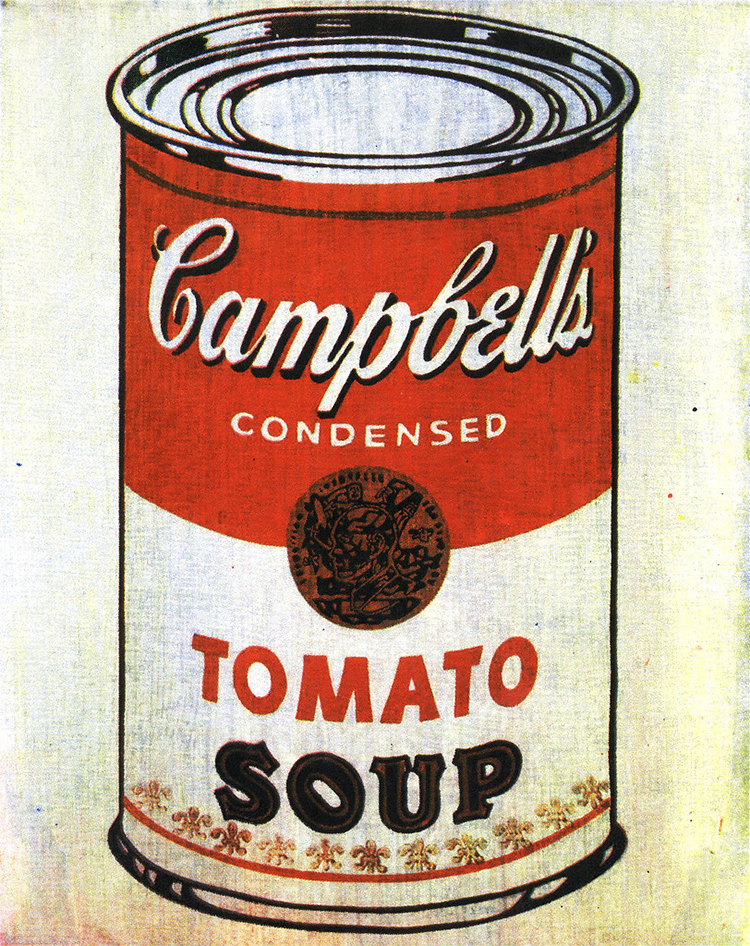 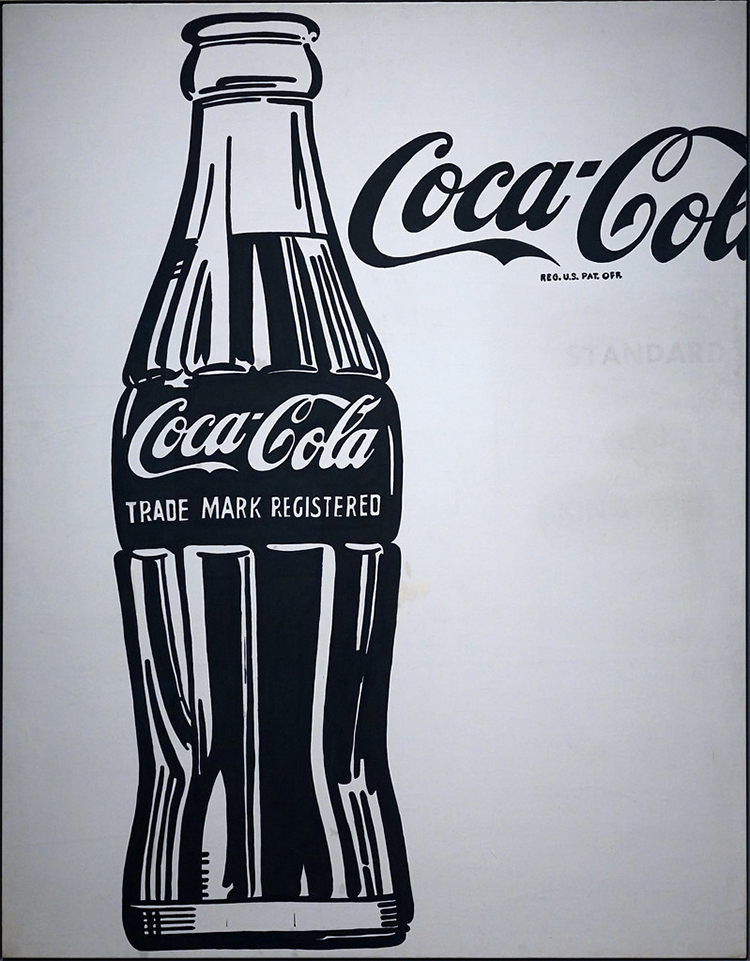 "Warhol, Coca-Cola 3" by profzucker is licensed under CC BY-NC-SA 2.0

Nobody before had – turned Campbell's Tomato Soup cans into artwork