In his work, people are hairless and ringed (Haring) by a thick silhouette line. 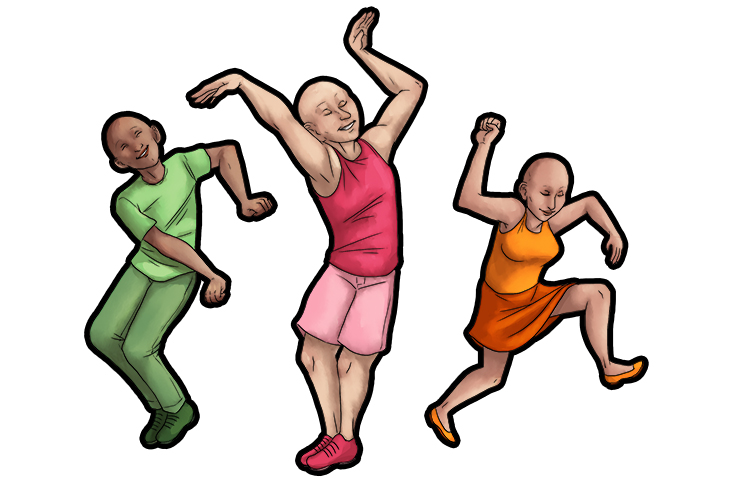 . . . and any shapes around people look like keys or keys with interlocking teeth (Keith). 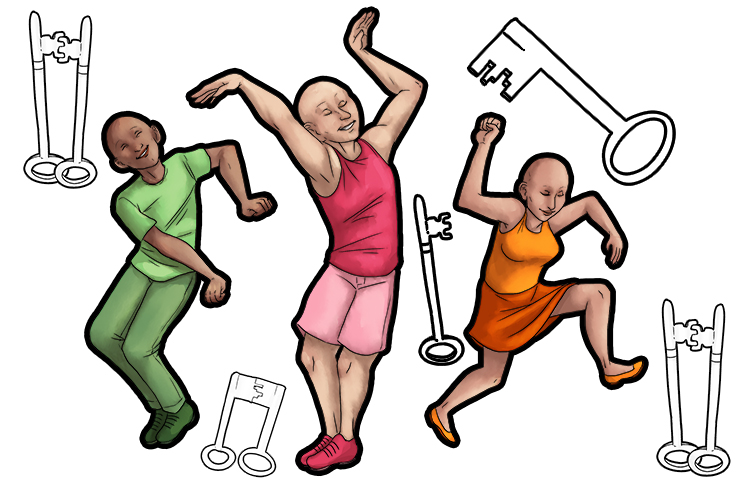 Asa child, Keith couldn't stop drawing and this developed into subway graffiti art. He covered any spare space on train subway poster walls with his artwork.

His art was characterised by bold black outlines and movement lines that created a sense of energy. 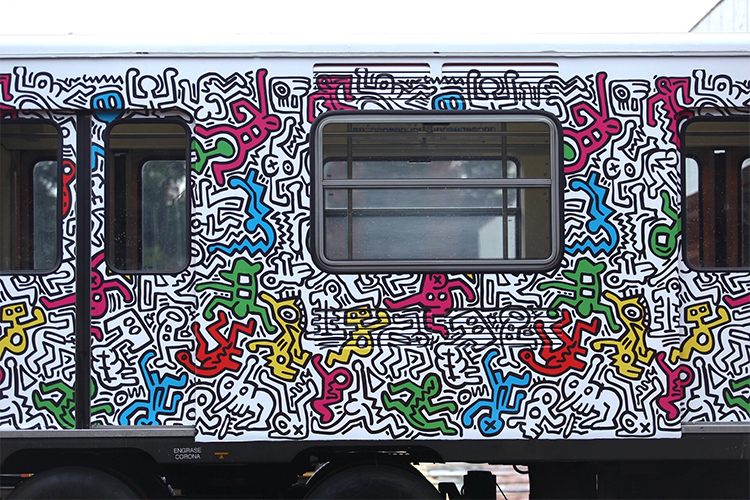 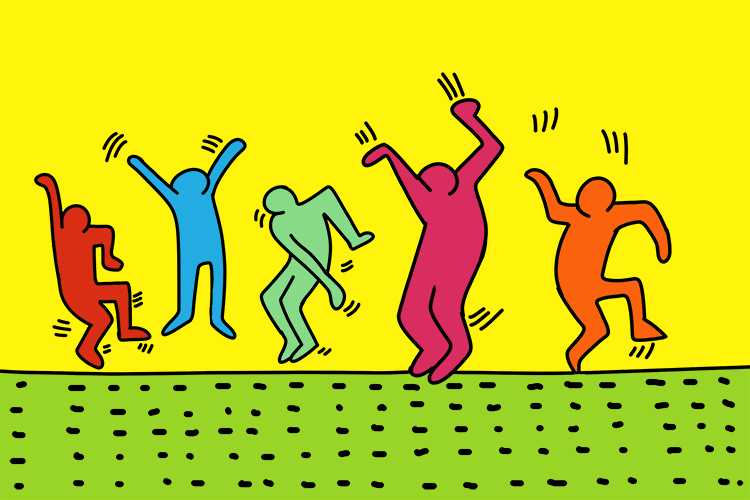