Picasso - Peek at us in different ways (cubism)

You have to peek at them in so (Picasso) many ways to realise the skill of his cubist paintings. 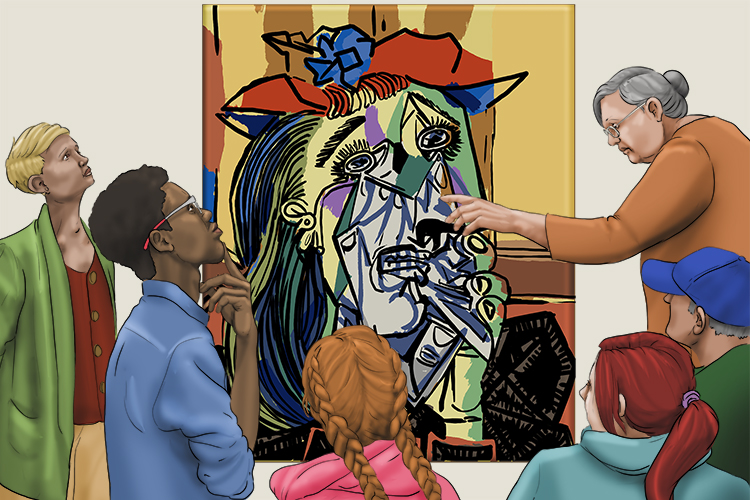 What is important to realise is that Pablo Picasso was a talented young artist with classical training, painting lifelike portraits. Have a look at Pablo Picasso's portrait of his mother, painted when he was just fifteen.

Modern art can often be thought of as 'created by Pablo Picasso' as he had such a dramatic influence on the art world.

Picasso produced artwork in various forms; ceramics, sculpture, paintings and drawings. He was even brilliant at single-line doodles in a minimalistic style. The continuous line drawings were made by starting and completing a piece in one line. 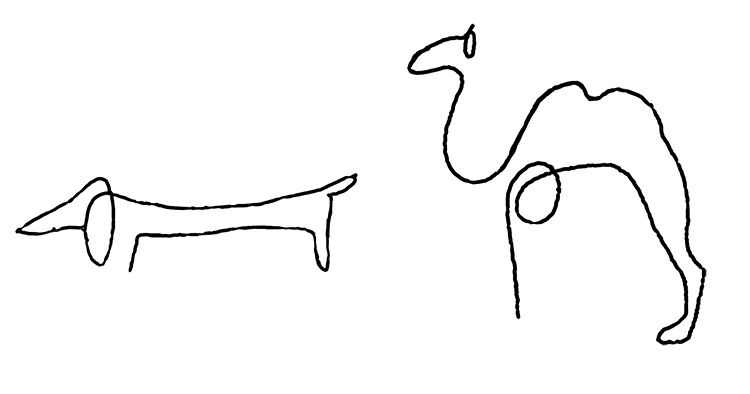 One of Picasso's most famous periods of work was his cubist period. Cubism is where an object is painted from different angles on the same canvas. For example, a face could be seen from the side and the front at the same time, with the use of unusual colours to create a mood. 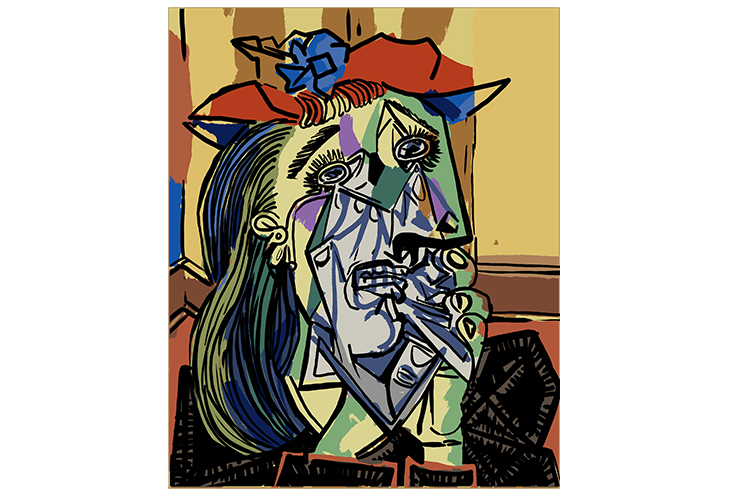 Guernica is one of the most famous paintings in the world. It is a large painting, nearly eight metres long, depicting Picasso's anti-war stance. It shows how people and animals suffer because of war. He created the black and grey painting in his cubist style and it became so famous that it was seen as a world symbol of peace. The painting helped bring the Spanish Civil War to an end. 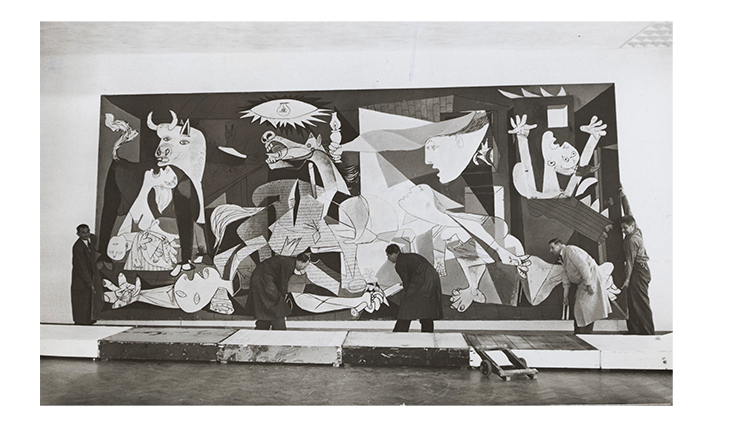 Nobody before had created – Cubist paintings, single-line drawings or a painting that helped stop a war