American Kitsch – Excessive garnishes but in a humorous, knowing way

To help remember what American kitsch means, recall the following:

The big American fridge-freezer in the kitchen (American kitsch) is so excessively garish, it's almost funny. 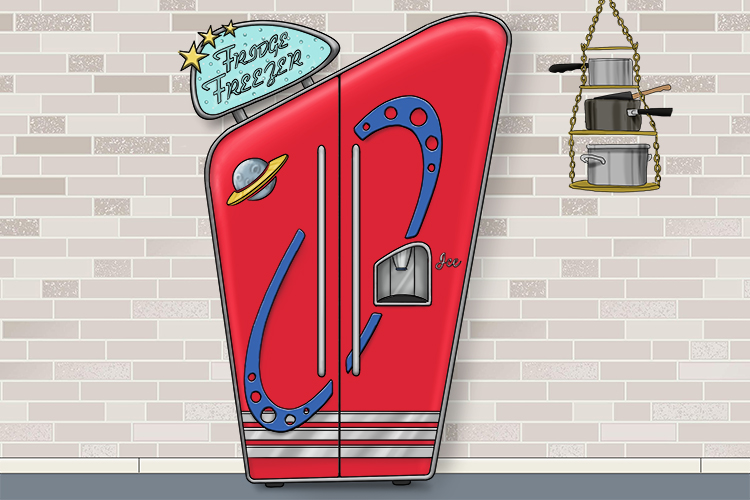 To create artwork representative of American kitsch, you can modify already famous works from history by adding garish, decorative, bold embellishments to them.

One famous work we could look at is The Mona Lisa by Leonardo Da Vinci. It is one of the most recognisable images in the world, and therefore perfect to reimage in an American Kitsch style. 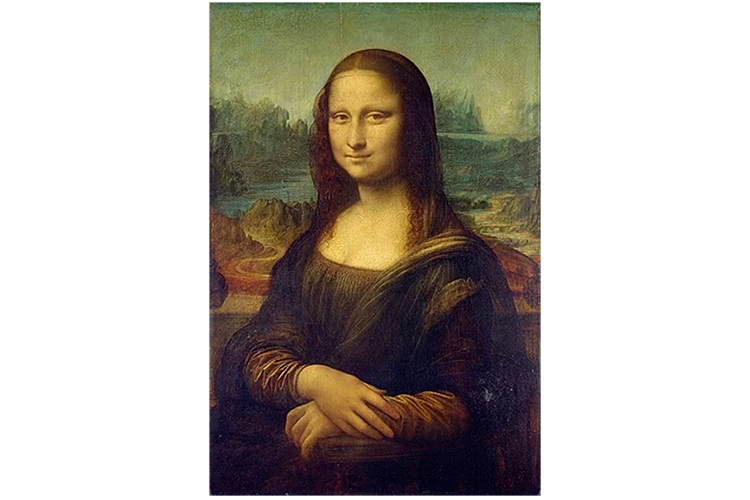 In order to transform this, we need to start from a blank outline of the painting. Use the Mammoth Memory grid method to draw a simple outline of the Mona Lisa onto your canvas. 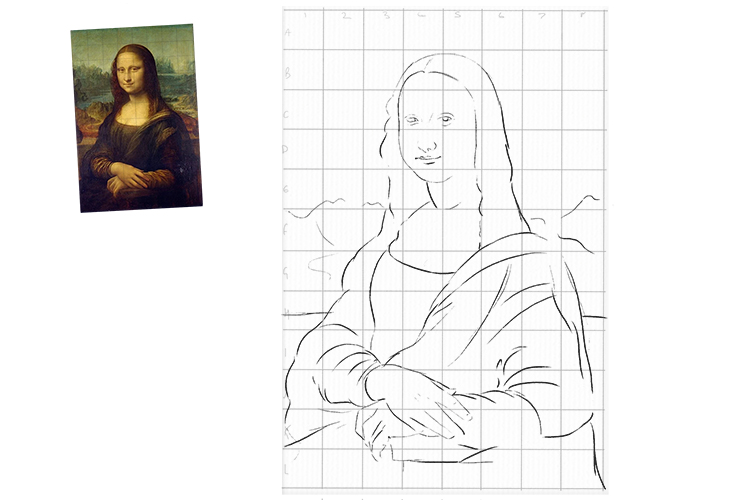 Think about what you could add to the Mona Lisa to make it kitsch. Sketch in new elements – we have added physical objects such as jewellery, a hat and make-up. You can also think about the clothing of the time. The American Kitsch movement was around the 1950s, so think about the lavish clothing that was famous then. These add a sense of humour to the composition. 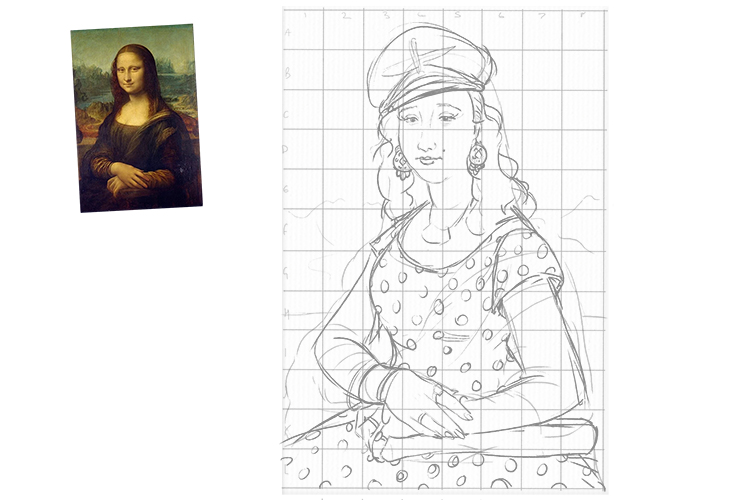 Once you are happy with your sketch, draw it darker and remove the guidelines and any messy lines. 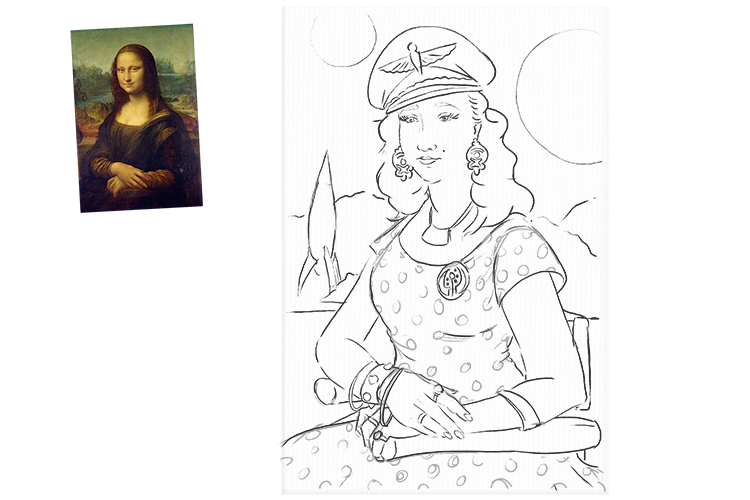 When painting or using pencils to colour your version, think about the colours present in American kitsch art. Bright colours and garish, plastic objects were often used, so try the same with your painting. The Mona Lisa in the original Leonardo Da Vinci painting has pale white chalky skin; think about changing this to a bright, in-your-face colour. 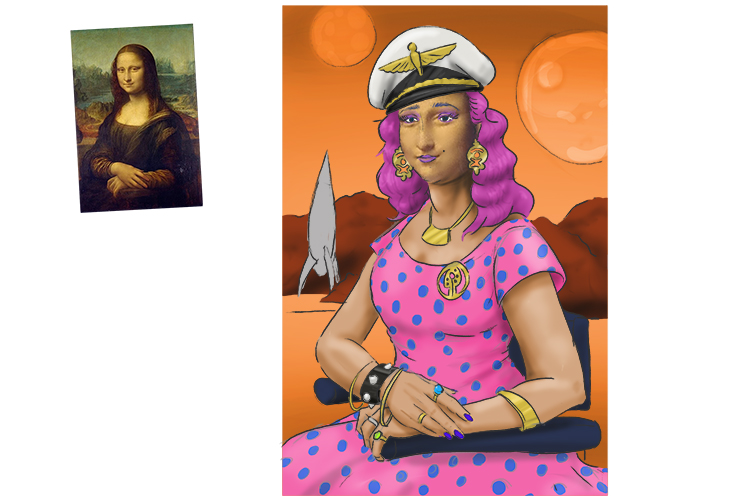 This technique could be used on any famous painting, here are a few more examples: 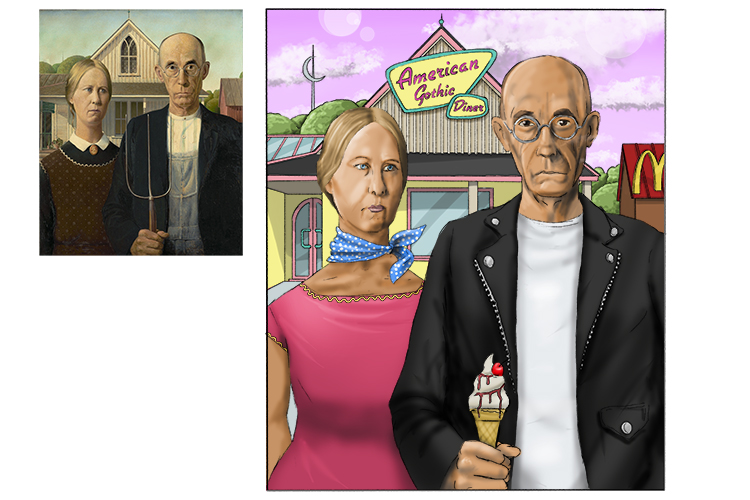 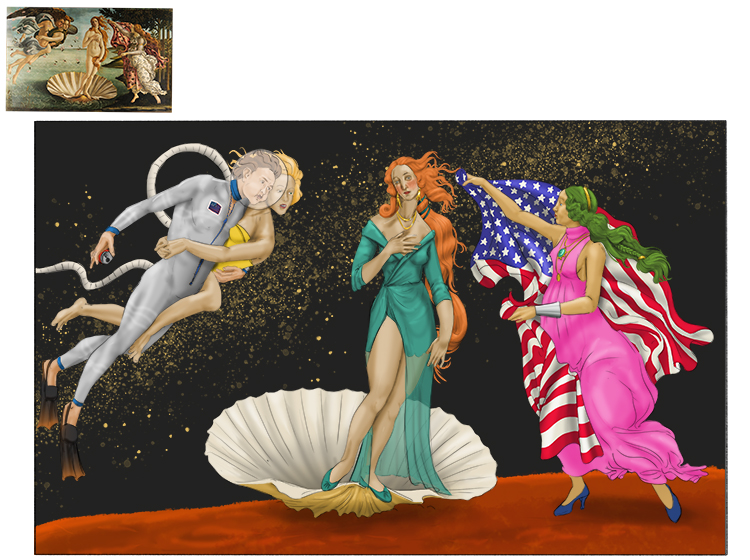