Mural – a painting executed directly onto a wall

To remember what murals are, recall the following mnemonic:

"Music for all" (mural) was the message and to let everyone know she painted it across the wall. 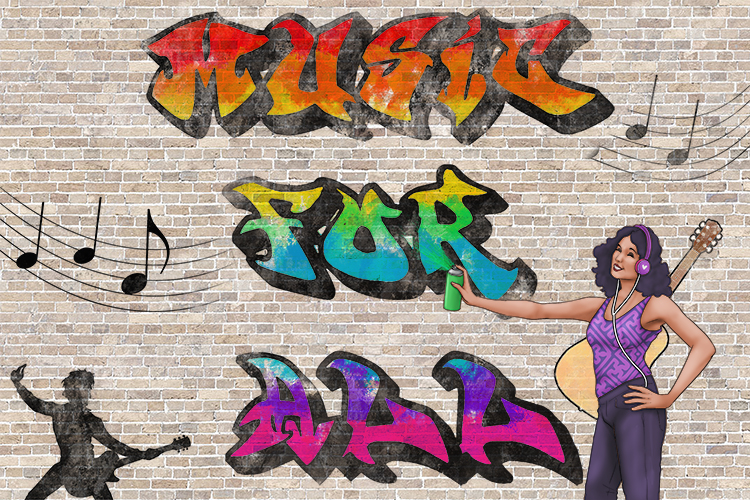 Mural art dates back thousands of years. Murals are used in religious places, tombs, homes, parks, businesses, schools and can be used to portray almost anything.

The mural above was painted in an Egyptian lords tomb and is almost a thousand years older than the pyramids and scholars have debated for a century about what it could depict. Many now believe it shows a fictional Sumerian invasion of Egypt, as it features the Sumerian "Master of Animals" (bottom left, standing between two lions). The red figures are Sumerian and the others dressed in white are Egyptians. It is a hard fought battle, but eventually the Egyptian lord wins. However, it would have been nearly impossible for the Sumerians to attack Egypt by boat, but it is thought this mural is more of a "what if?". 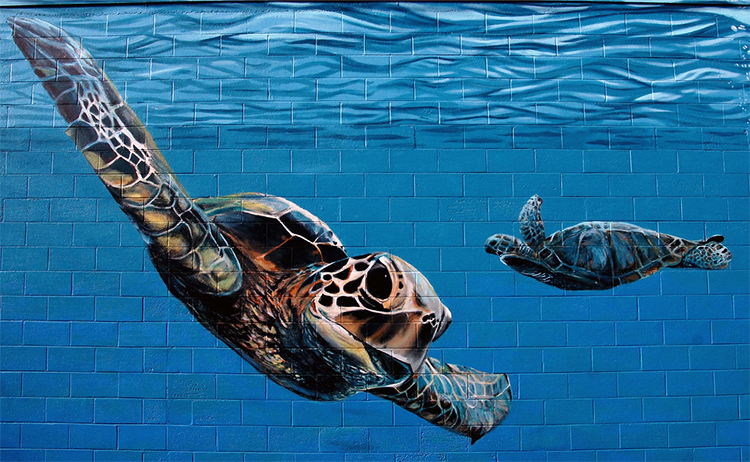 "A mural on the Road to Hana Maui." photo by Bernard Spragg, painting by Robena.

This mural was hand painted with a brush and acrylic paints, rather than spray paints and is painted on a building in Paia, Hawaii. Amazingly, the painting was completed with no sketch to guide the artist.

For this project we will be creating a mini-mural. You will need: a carving foam block (30x20x3cm) this can usually be found in craft stores, but is also found online, a pencil, acrylic paints (red, brown, beige for the wall) and whatever colours you will need for your mural, a sponge, and paintbrushes. 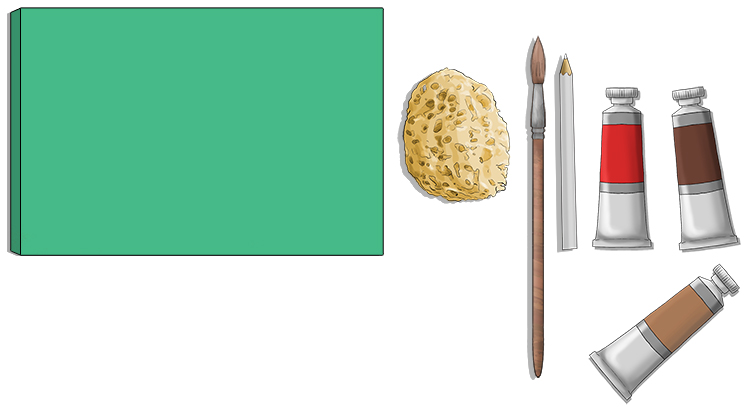 Firstly, use your pencil to mark out a brick wall. It will be easiest to create all the horizontal lines first, then the vertical lines. Push down with enough force to leave a channel in the foam, but not too hard so you go all the way through. 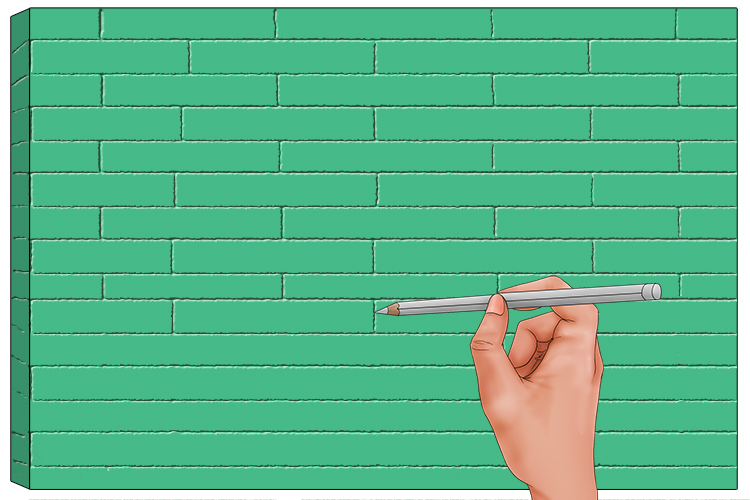 Paint all of the gaps between the bricks with your beige paint, don't worry about straying out of these gaps as you'll paint over them in the next stage. 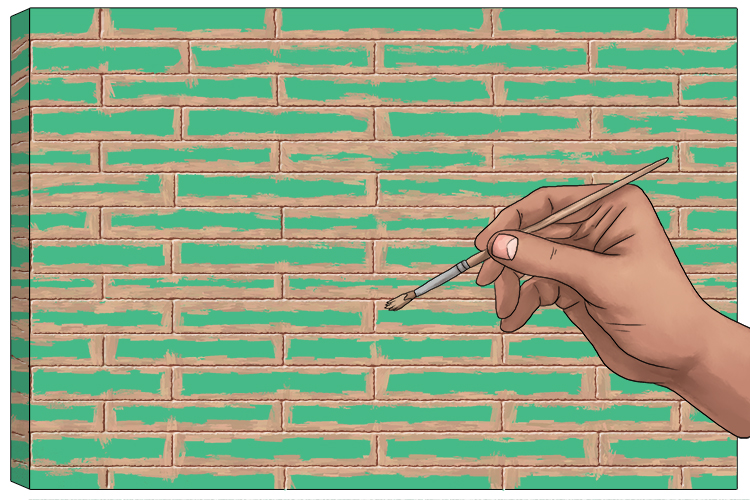 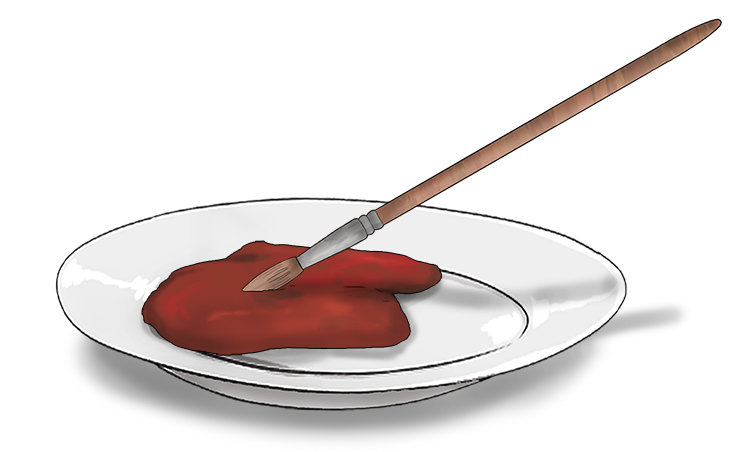 Use your sponge to dab the paint onto your foam. This should create a realistic brick-like texture. 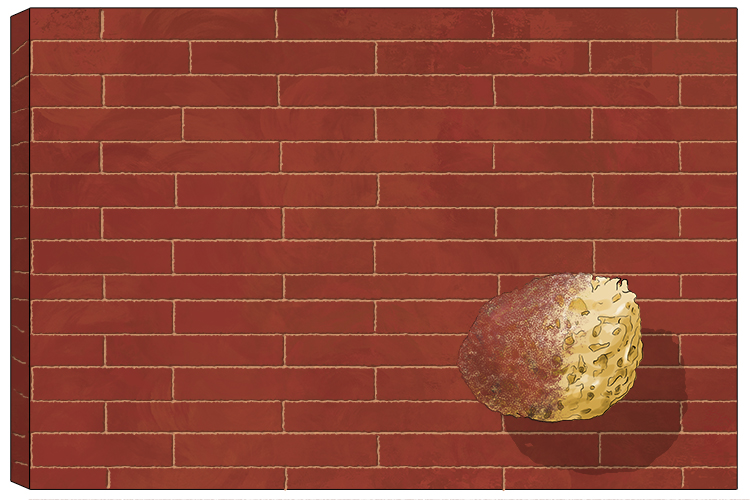 While the paint dries, design your mural. Your design can be whatever you like. We're going to create a mammoth mural using the colours from our Mammoth Memory website. 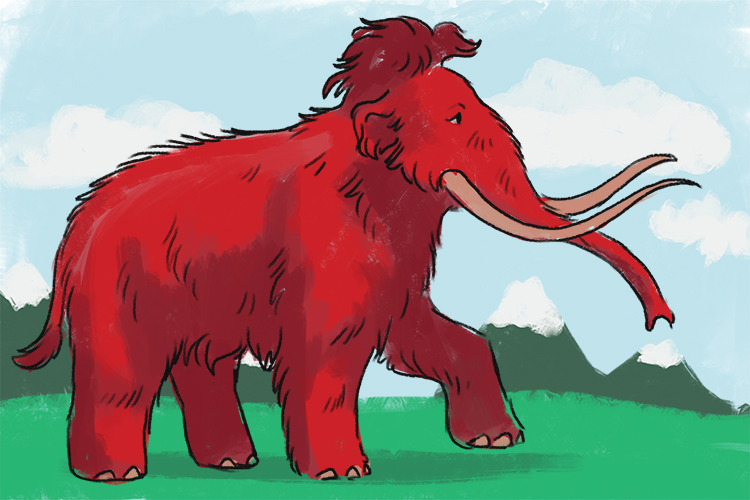 Pens and pencils will leave an indent in the foam, so use acrylic paints to recreate your design on your foam wall. It will be almost impossible to use the grid method on the foam, so do your best to copy your design over to the foam, don't worry if it's not perfect. Make sure to leave some brick showing around the border of the mural so it still looks like a brick wall. 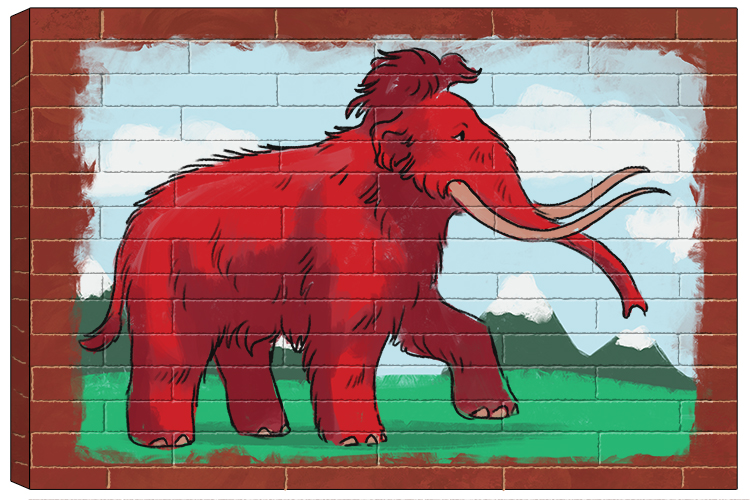