Note: A picture plane is the view that shows (but without the depth of field) in a viewfinder (see "en plein air") or window in relation to the artists viewpoint.

Picture a plane through a grid or window and the picture plane can be thought of as the glass of the window. 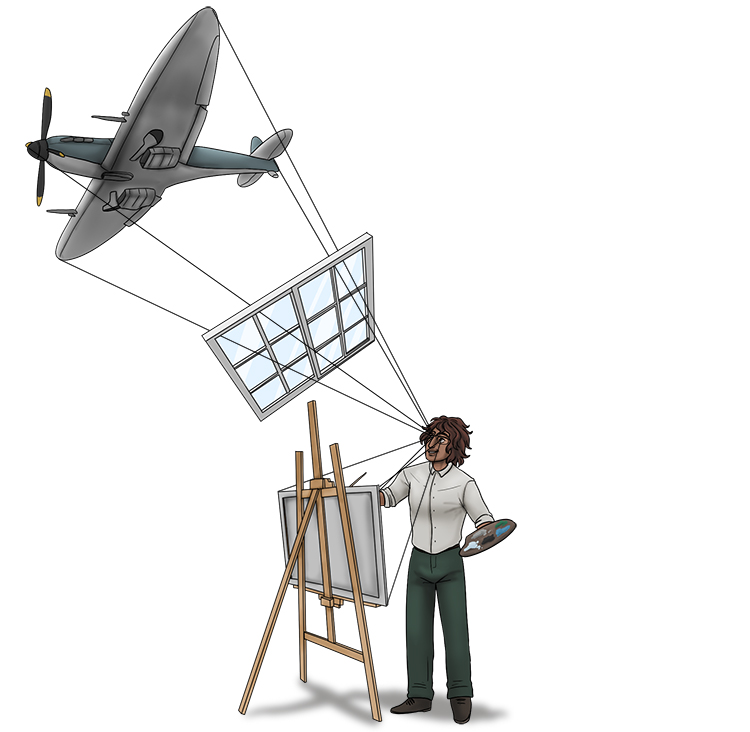 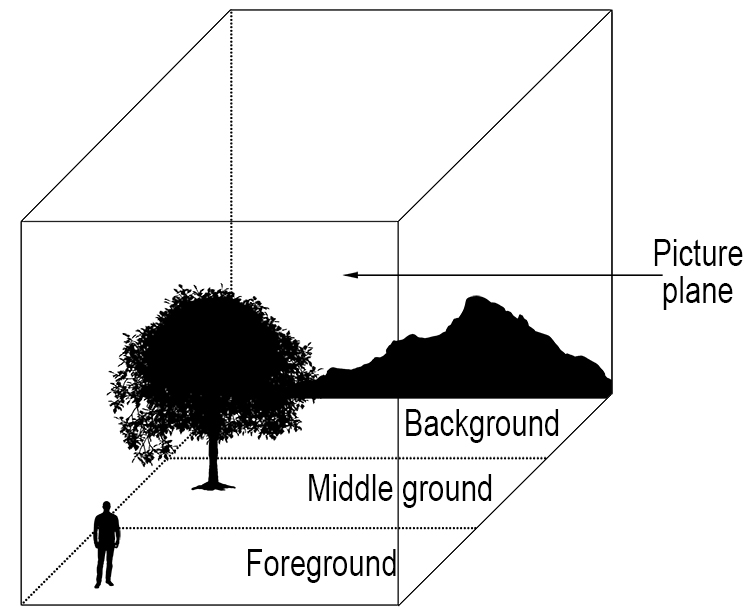 The image below is a great example of picture plane. We know that the blurry grass is the closest thing to us and the hills are the furthest away. It has an obvious foreground, middle ground and background but it is presented as a flat image on your screen or on paper. That flat image is the picture plane. 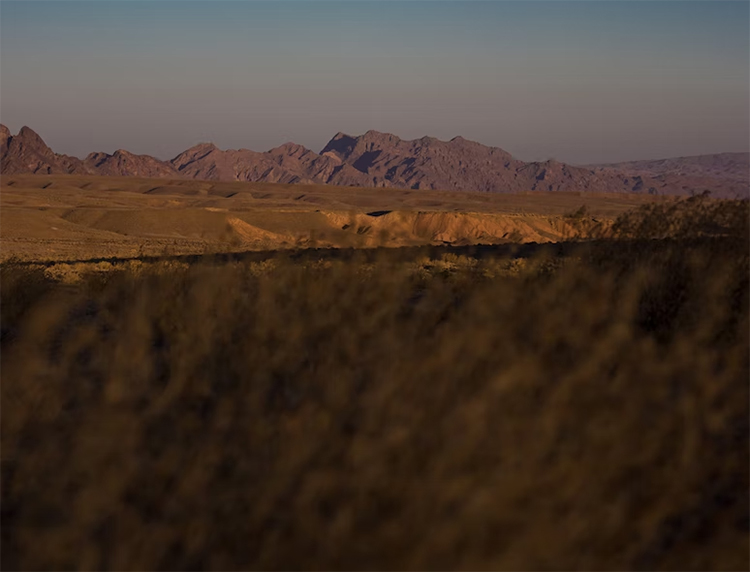 Viewfinders have been in use for centuries. Viewfinders not only help to plot where different points of your picture will be and to select the best view for your picture, but they can also help you see the image as a flat plane, rather than one with depth. This woodcut illustration by Johann of Bavaria and Hieronymus Rodler in 1531 shows an artist using a large viewfinder that he has set up in a window to help him accurately capture the view outside. 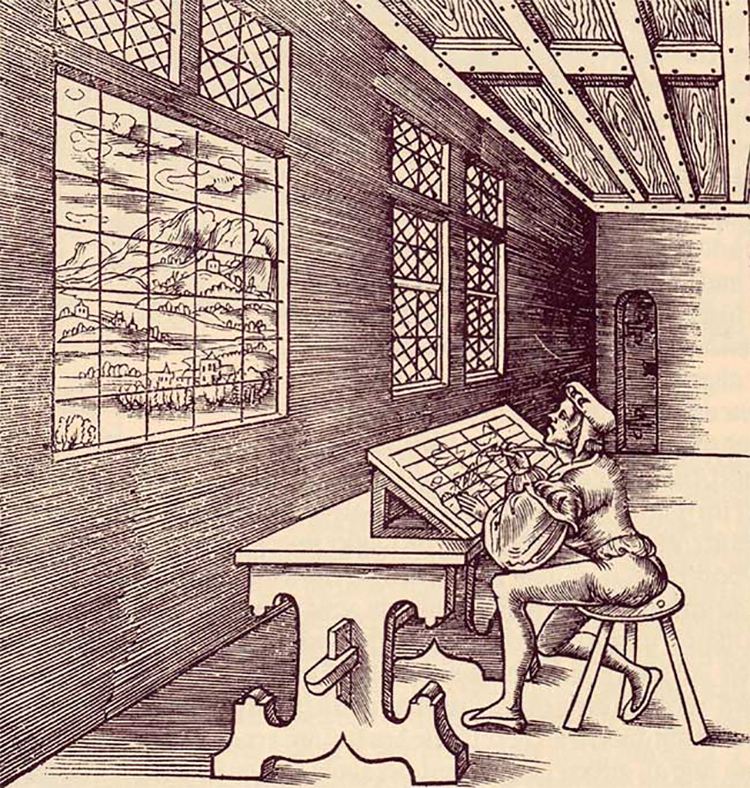 For this project you will need a viewfinder, canvas or paper and drawing or painting equipment (the medium you draw in is up to you!). To create your viewfinder, see our "en plein air" project.

Find the scene you'd like to create. Maybe even get a friend to sit in for you to add a human element. 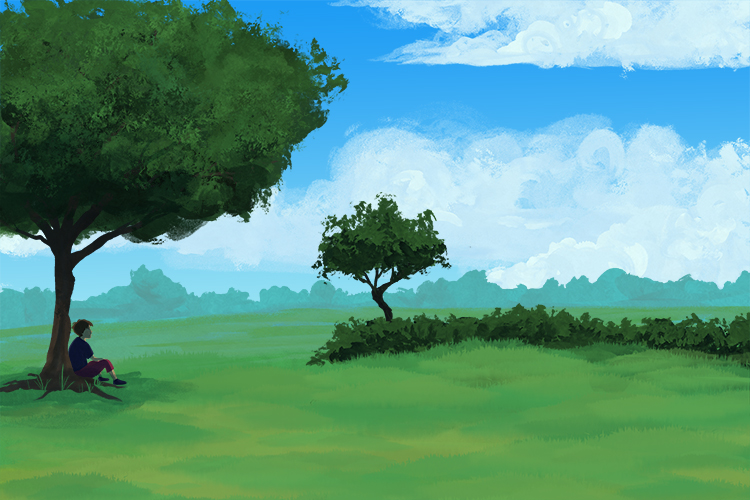 You can see that this scene has a background, a middle ground and a foreground. 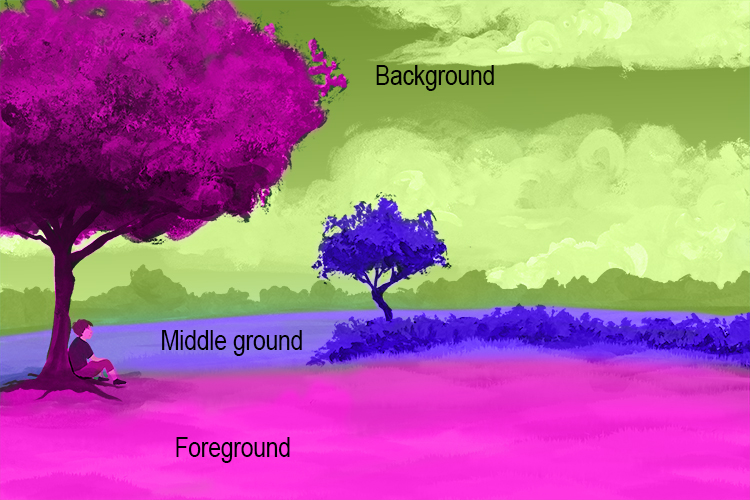 Now imagine the scene you are seeing doesn't have any depth to it, like you're looking at a photograph. 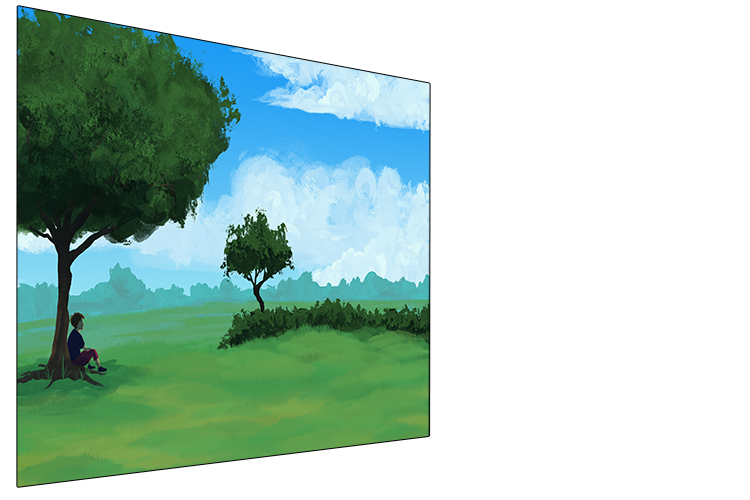 Use your viewfinder to find the area which is most aesthetically pleasing. The two trees and the hedge frame the view nicely. 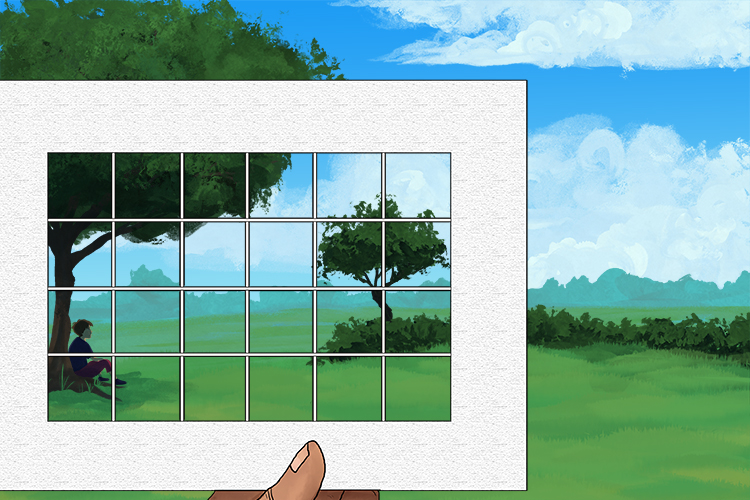 You will need to secure the viewfinder so it won't move. Attach it to the side of your canvas or get a sturdy tripod. 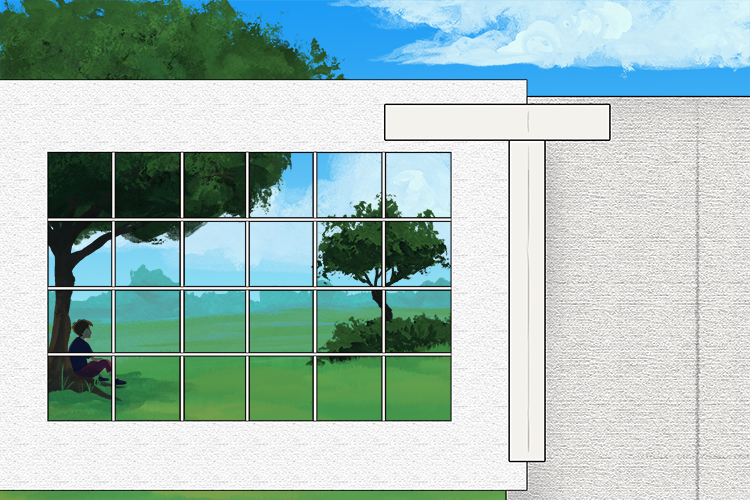 Use the Mammoth Memory grid method to sketch your scene onto your canvas. At this sketch stage try to think of the elements in the scene as 2D shapes, rather than 3D objects. Below you can see some shapes in the negative spaces (space in between the objects). 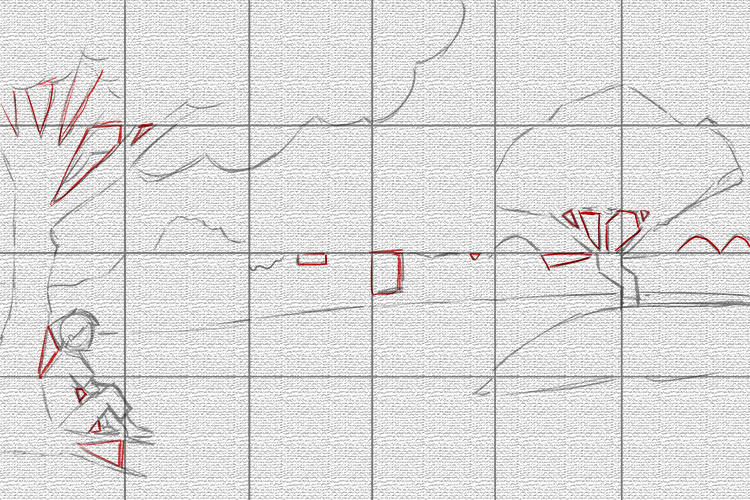 Add detail and finish your artwork in your chosen medium. 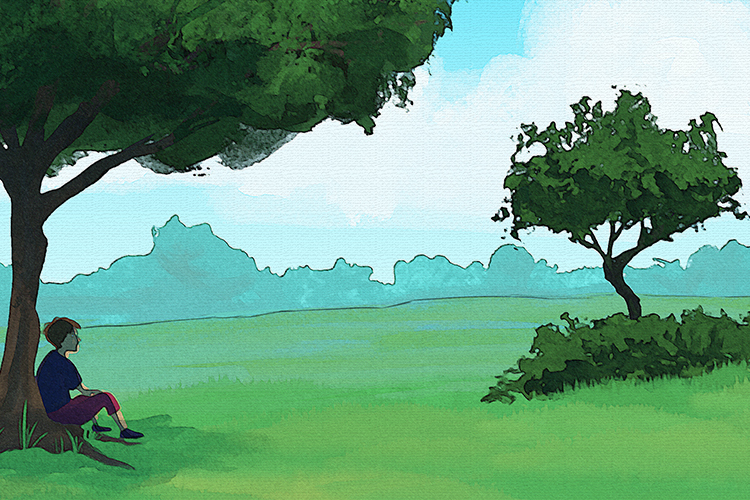