Pattern – a design in which lines, shapes, forms or colours are repeated

Note: In the fashion and fabrics industries, a pattern can also refer to a set of instructions for making a repeated decorative design, or for assembling an item of clothing such as a dress or jacket.

To remember what pattern means, recall the following mnemonic: 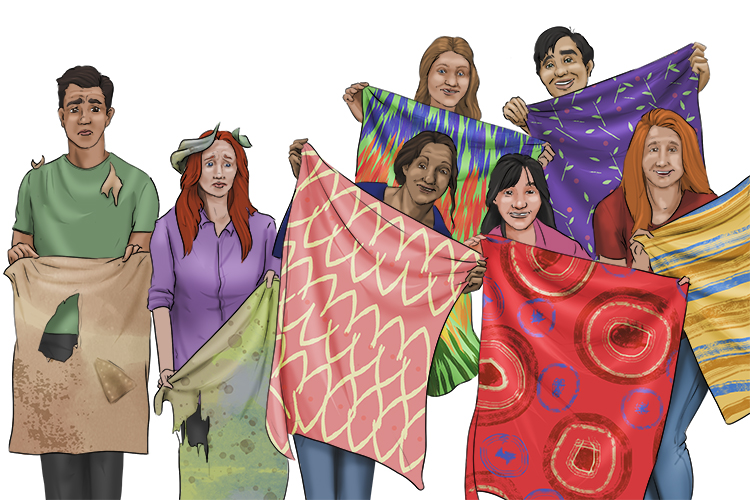 Pattern is present throughout all art, from fine art to textiles and design.

One of the most recognisable pattern creators in art history is William Morris, famous for his elaborate designs used for fabrics, wallpaper, furniture and other interior design elements. Morris used foot-operated weights to push down on carved pear woodblocks that were filled with natural, mineral-based pigments. To produce a seamless repetition for each design, the woodblock patterns were meticulously aligned and printed again. 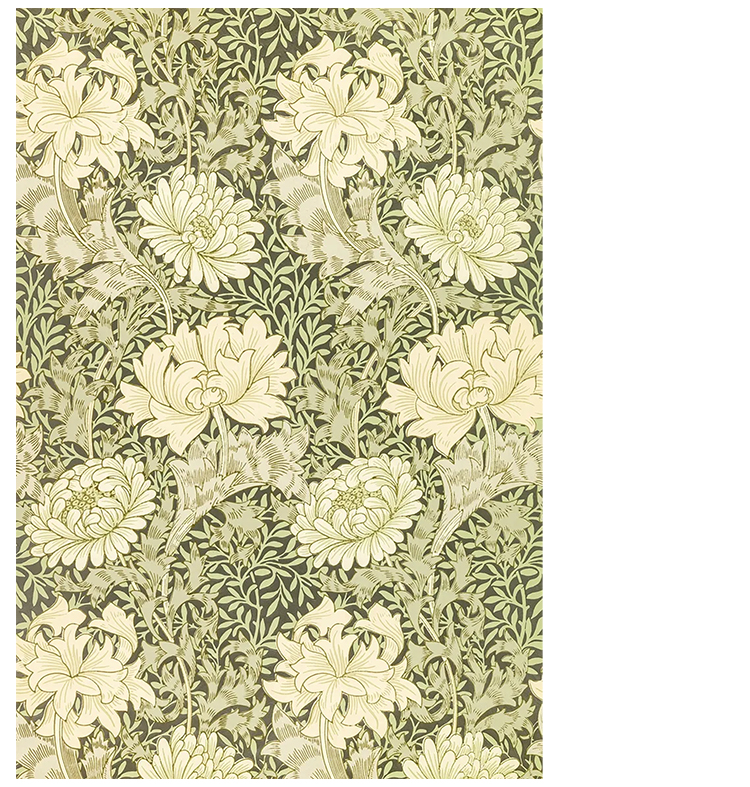 Rather than being the entire work of art, the use of pattern can still be powerful in smaller sections of a piece. Gustav Klimt regularly used pattern to divide his paintings into sections and add detail to otherwise plain areas. 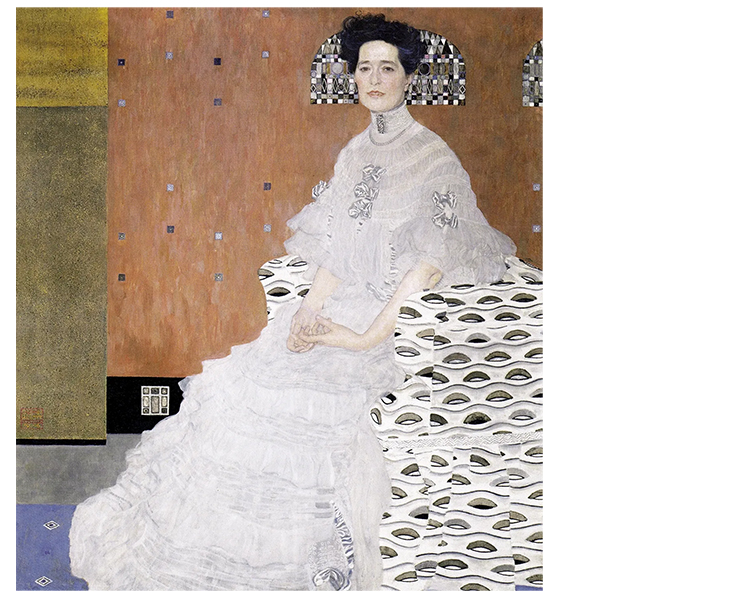 Unlike William Morris, Klimt would have drawn this pattern freehand. You can see some of the sketch lines and they are not quite all equal size and shape. 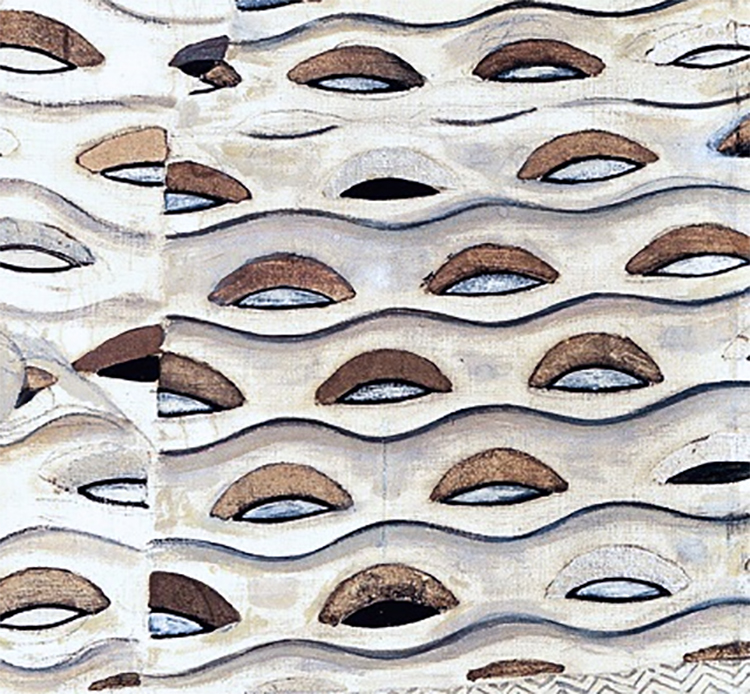 Taking inspiration from the William Marris art project we are going to create a pattern which we will then incorporate into a drawing.

Cut out an 8cm by 8cm square piece of paper. Draw on this square a pattern, it can be any design you like. Fill up as much of the square as you can without touching the edge. Here we have created a simple five star pattern. 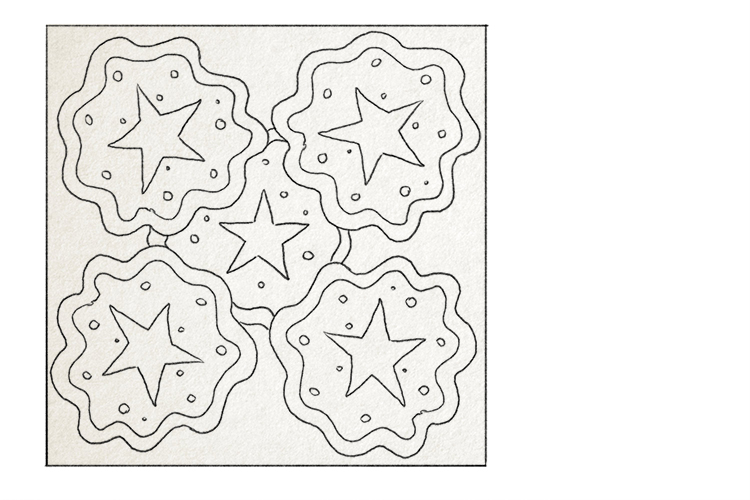 Then, cut the 8cm by 8cm square by dividing it into four equal 4cm by 4cm squares. Then number the squares as shown below. 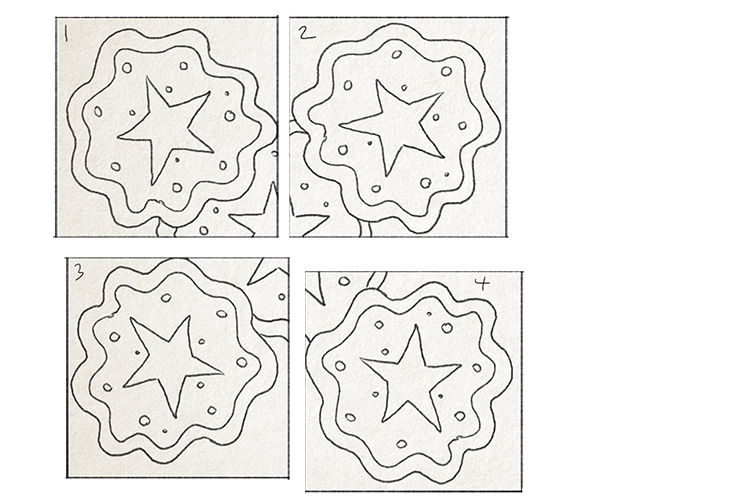 Take square 1 and square 4 and swap their positions, then square 2 and square 3 and then tape them back together. This will create the base for a repeating pattern. 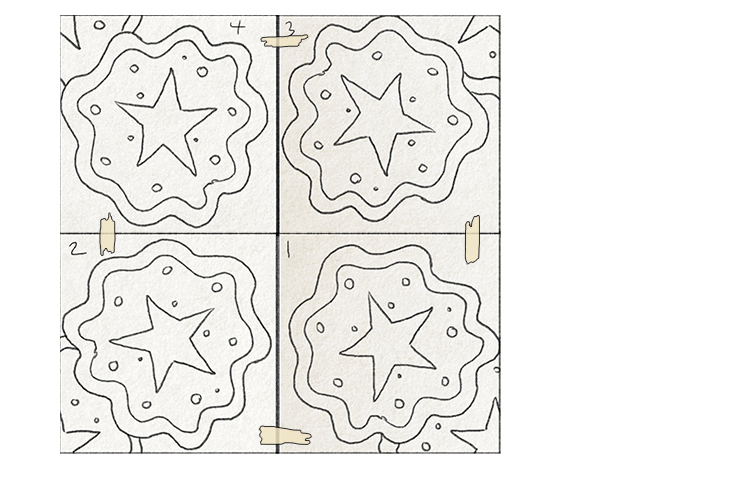 You'll notice the middle of the square is quite empty, so to prevent a lot of blank space, fill it in with more of your pattern. 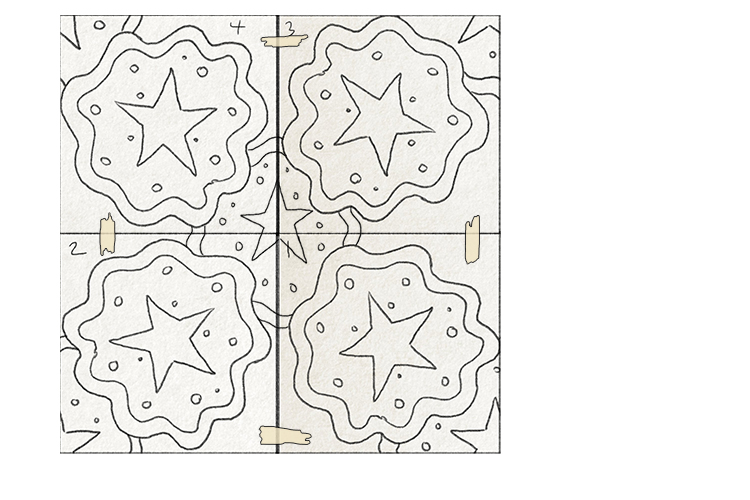 On another piece of paper, lightly draw an 8cm by 8cm grid in pencil. Don't worry if some of the squares are partly off the page. 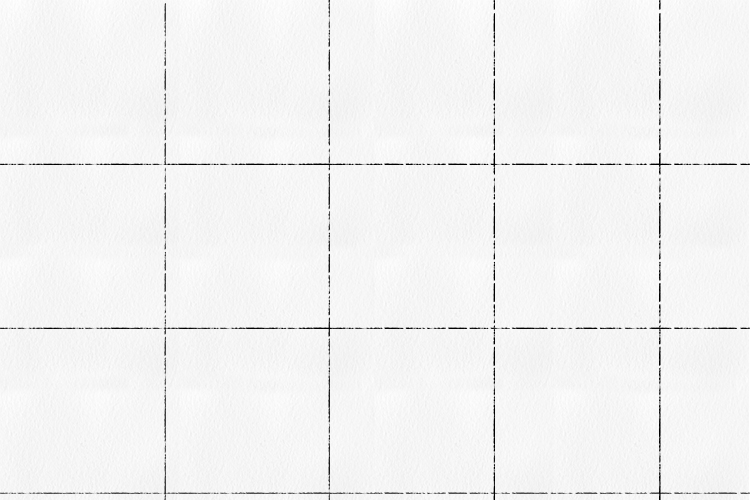 Place the 8cm by 8cm square with your design under the paper with the grid and line it up with the first square of the grid. The design should show through the paper. 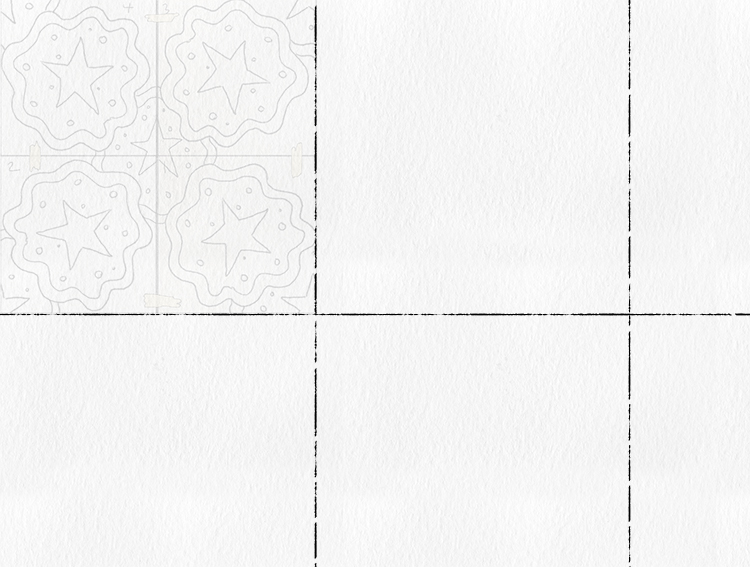 Trace over the design in pen, then move it along to the next square. 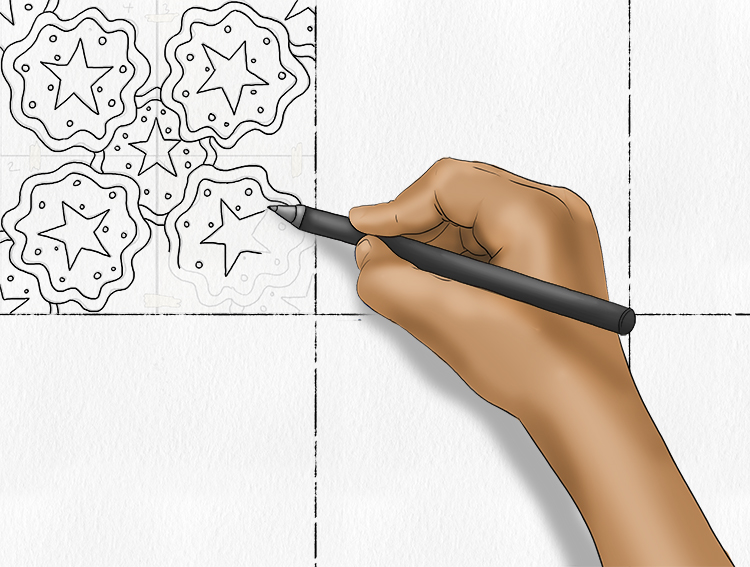 Keep tracing the design until you have covered the whole piece of paper. Rub out the pencil grid lines. 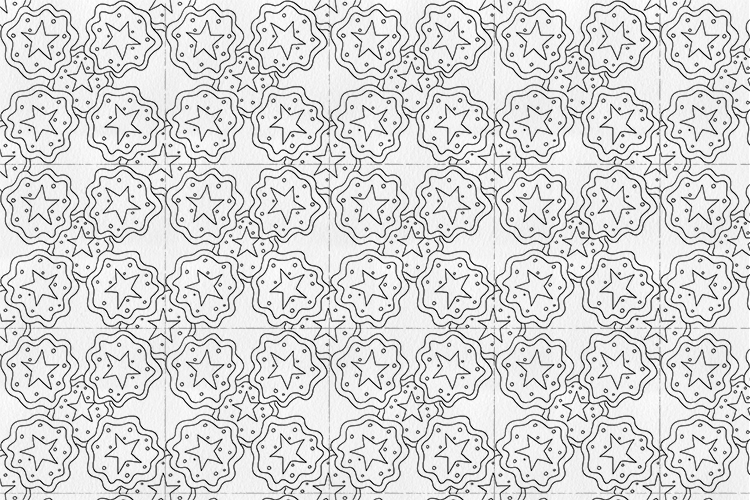 Next, add some colour! 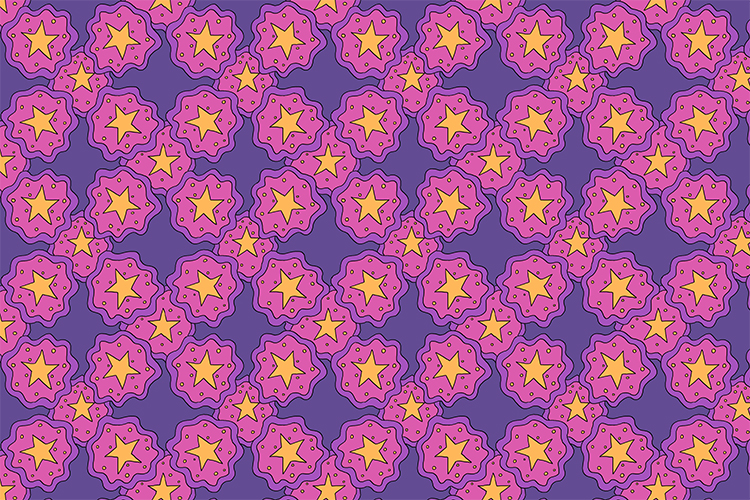 For the second part of this project, you'll need to draw a figure in a standing pose with some fashionable clothes on, preferably a big dress with a lot of surface area. 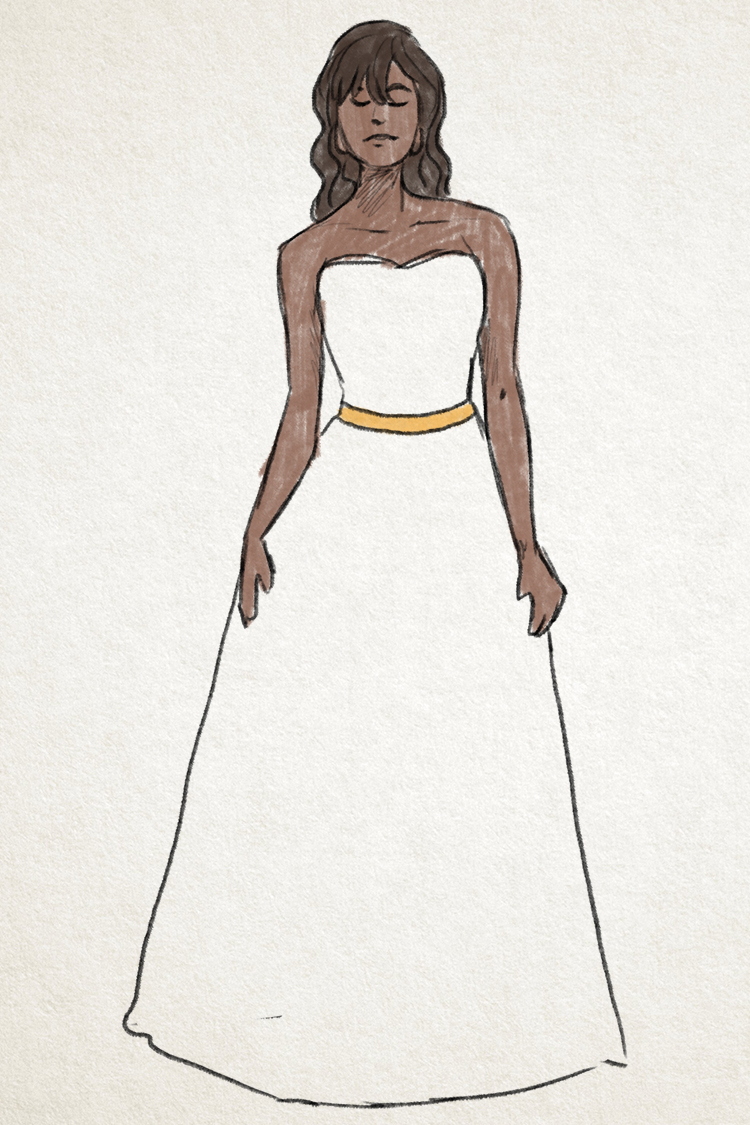 Then, on your drawing of the figure, cut out the area of the dress, so when it is placed over your paper with the pattern on, you will see the pattern underneath. 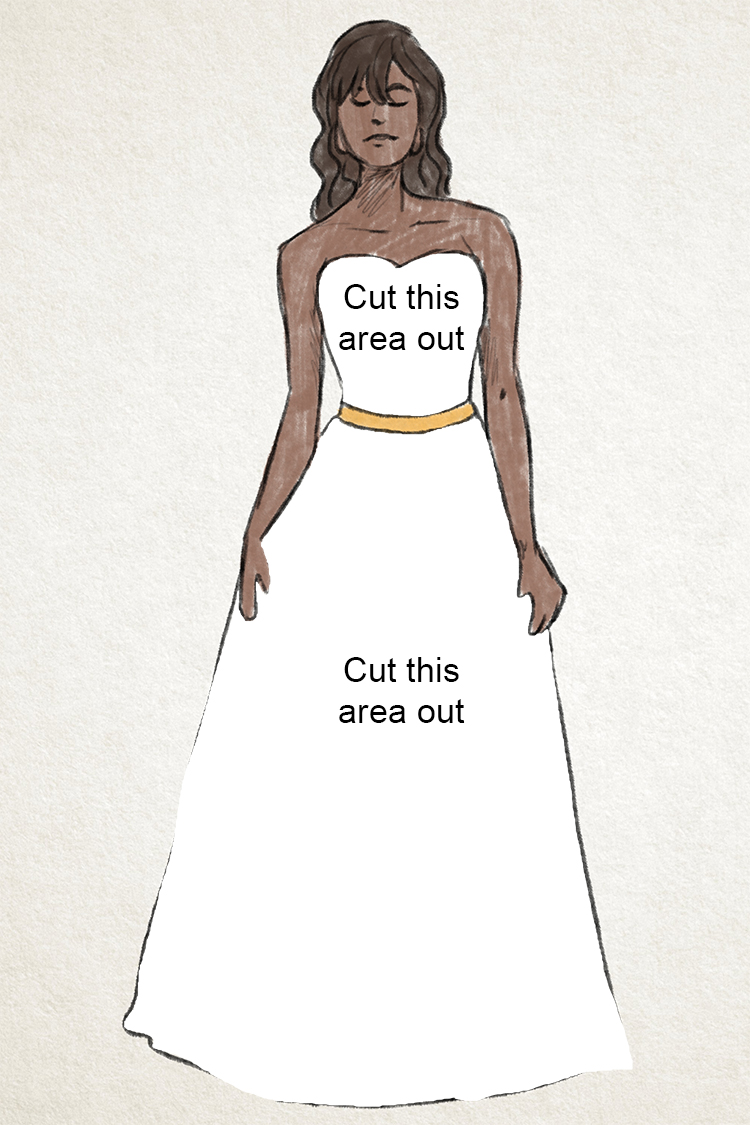 Finally, you can stick the patterned paper underneath the paper with the figure drawing, so it looks like she's wearing a dress with your pattern on it! 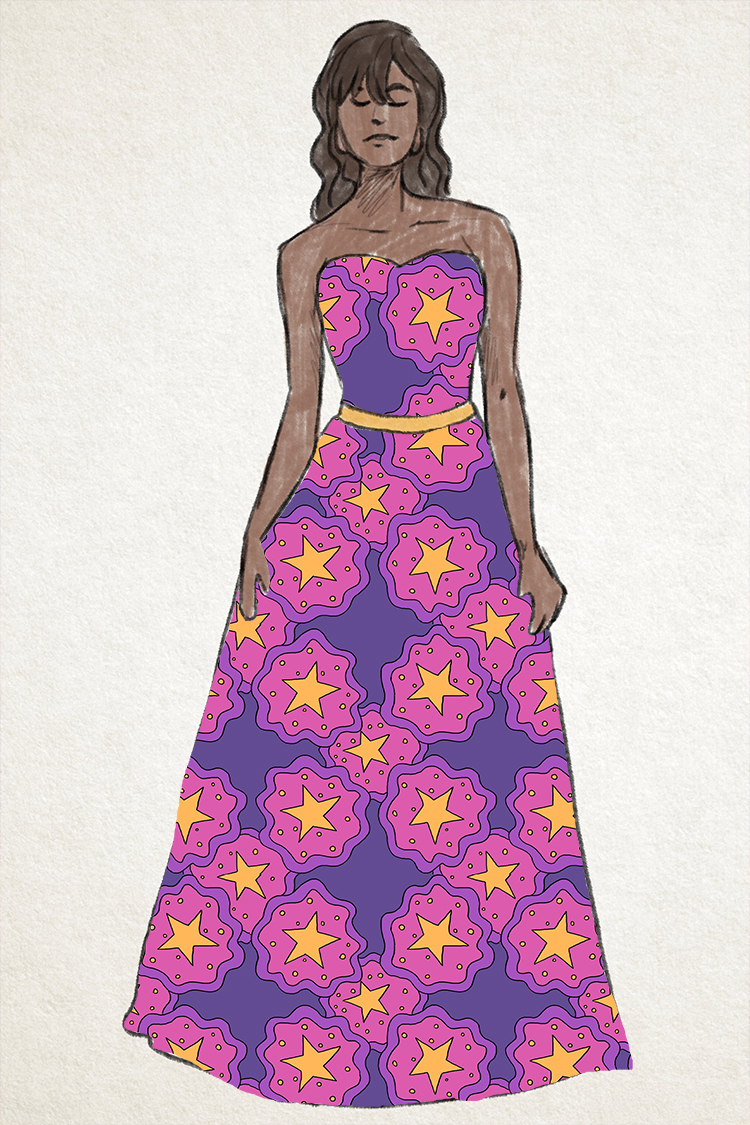