Avant-garde – Ideas, styles and methods which are original or modern in comparison to the period in which they happen

To remember what avant-garde is, recall the following mnemonic:

She always had an avatar on guard (avant-garde) to make sure no one stole her ideas, styles and methods for leading-edge art. 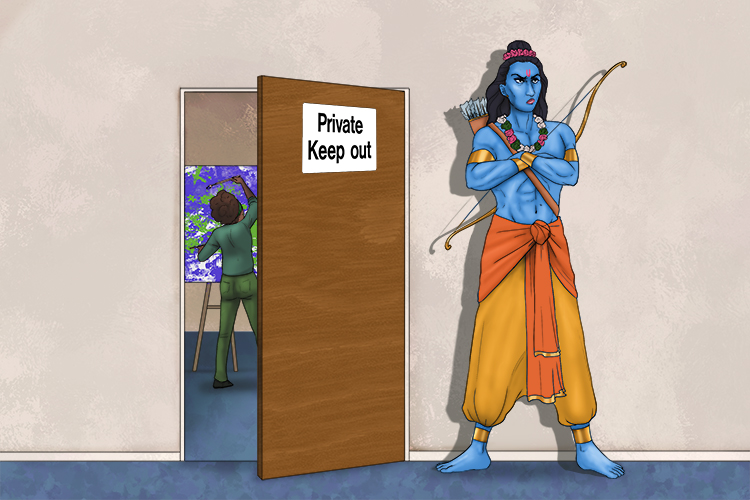 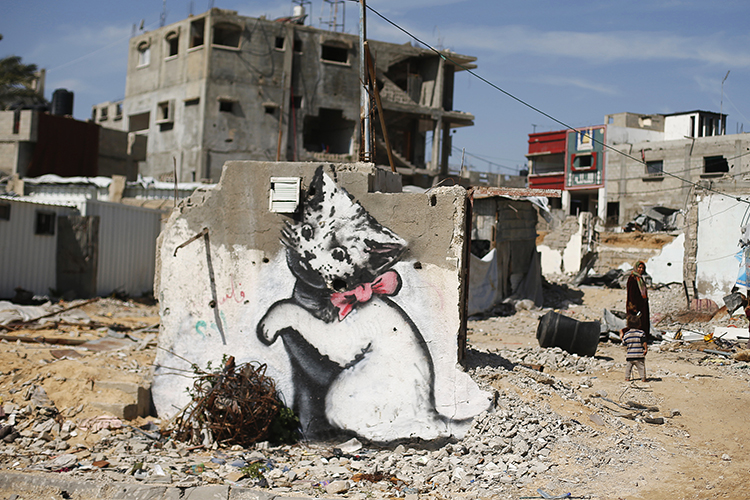 Banksy was so frustrated that no one is discussing the major problems in the Gaza Strip and that the worlds public would rather be discussing pretty pictures of kittens, they/he/she decided to spray paint a large fluffy white kitten on the remains of a house wall that had recently been bombed in the Gaza Strip for the public to discuss. The artwork was called "Welcome to Gaza". How avant-garde. 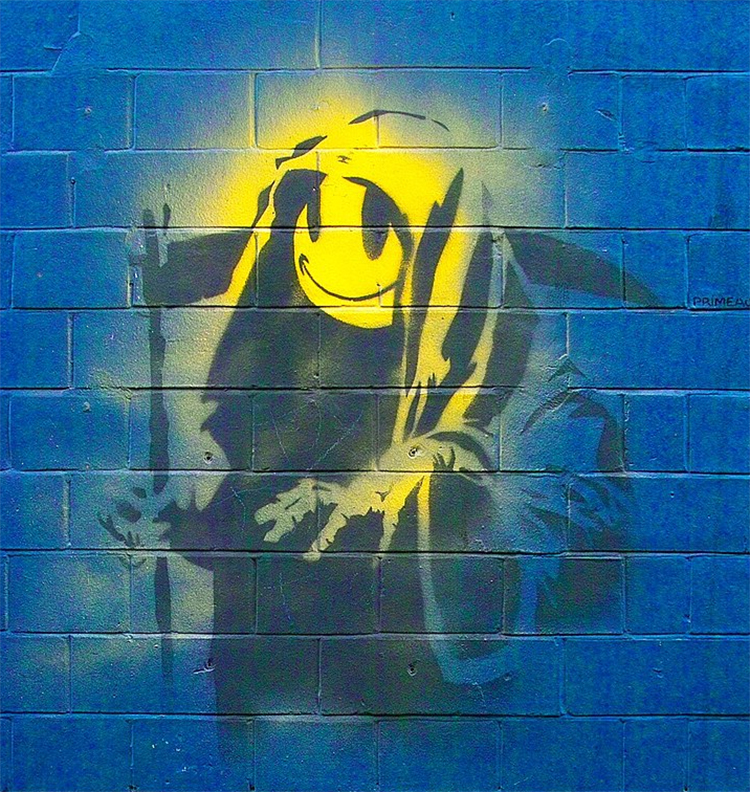 Grin Reaper is one of Banksy's earliest recognised works of street art. In the early 2000s, graffiti began to occur in the Old Street and Shoreditch areas. The majority of these works were unfortunately covered up during London's anti-graffiti campaign in 2007. The yellow smiley face, which at the time was commonly linked with '90s rave and acid-house culture (rather than text emojis), shows the Grim Reaper as a pseudo-friendly persona, blurring the lines between good and evil. In truth, with its hollow grimace, this mask may be perceived as equally scary.

For this project we are going to create a Banksy style picture. You will need: Card, white spray paint, photos for the background and stencil, masking tape and a scalpel. 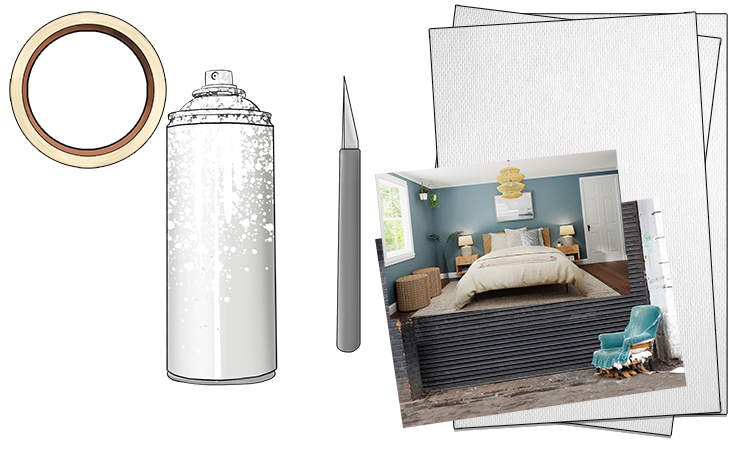 Think about something that means a lot to you and maybe isn't talked about enough. We have decided to use the theme of homelessness in our work.

Start by finding a location where you would put your Banksy style art. Of course, we can't really graffiti anywhere, but take a photo of where you would spray your design, if you could. If you can't find anywhere suitable in your local area, try and find a picture online.

We have found this picture of shutters with a ruined chair. The shutters would make a great canvas for graffiti. 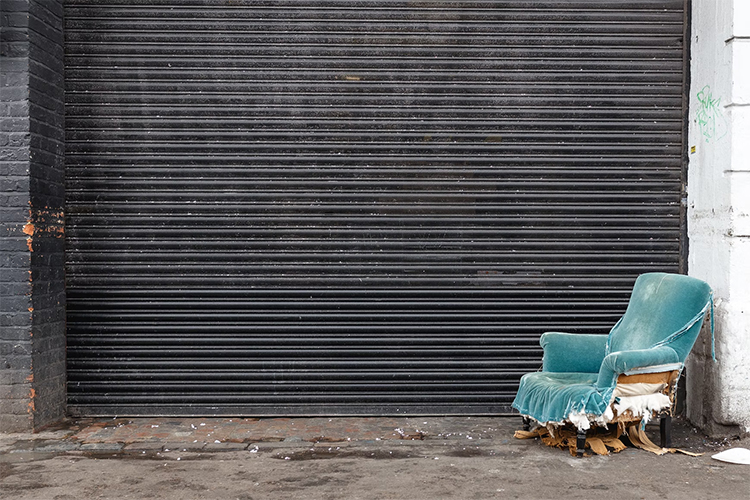 Many homeless people sleep in doorways of shops in front of shutters like the image above. It's saddening that for so many people, a place like this is their bed. We're going to create a Banksy style bedroom on the shutters. Find a picture of a bedroom and print it out the same size as the shutters.

Select which areas you will cut out. You can simplify the image if it's very detailed (as we have with the lampshade). 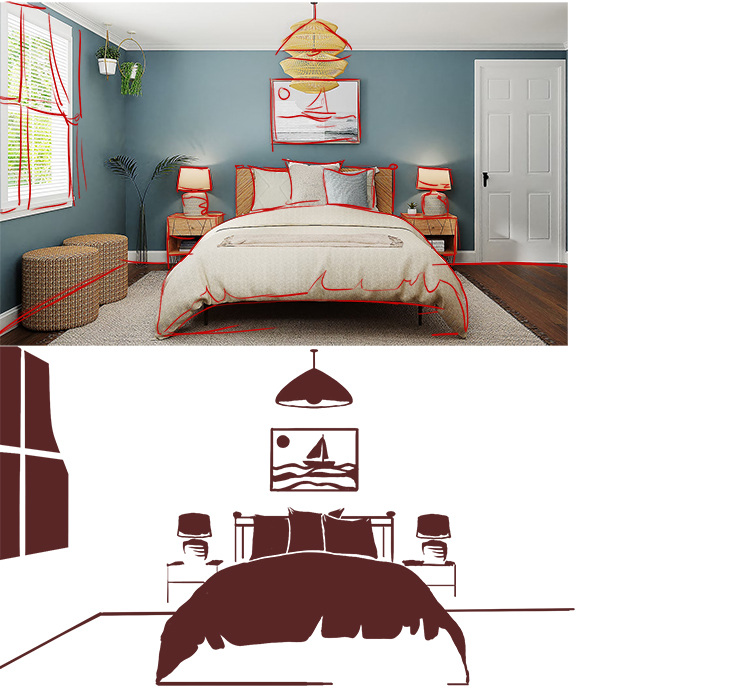 Use the Mammoth Memory grid method to transfer this image over to your card. Make sure to keep it no bigger than the shutters. 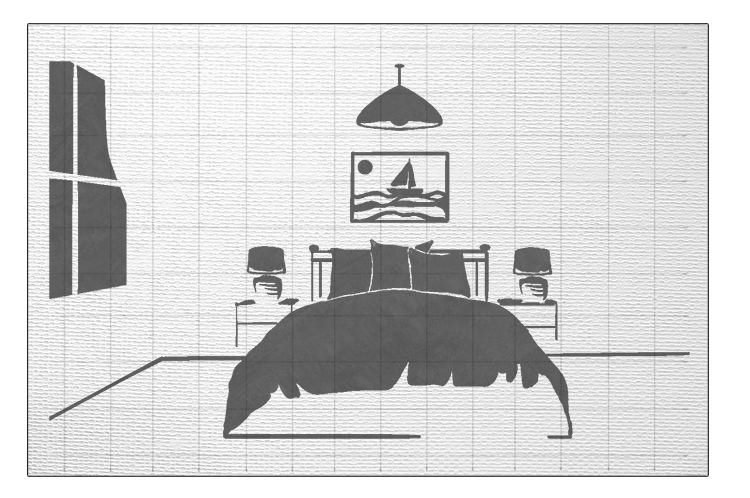 Carefully cut out all the areas you want to be white. We will be using white spray paint on the image of the shutters to stand out against the black. 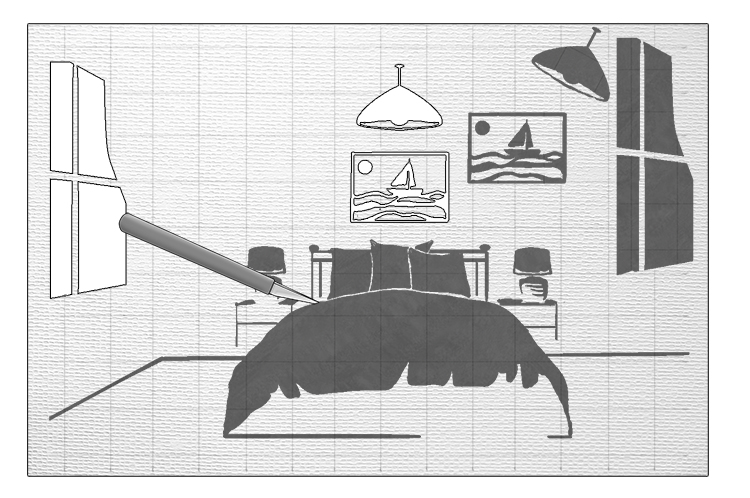 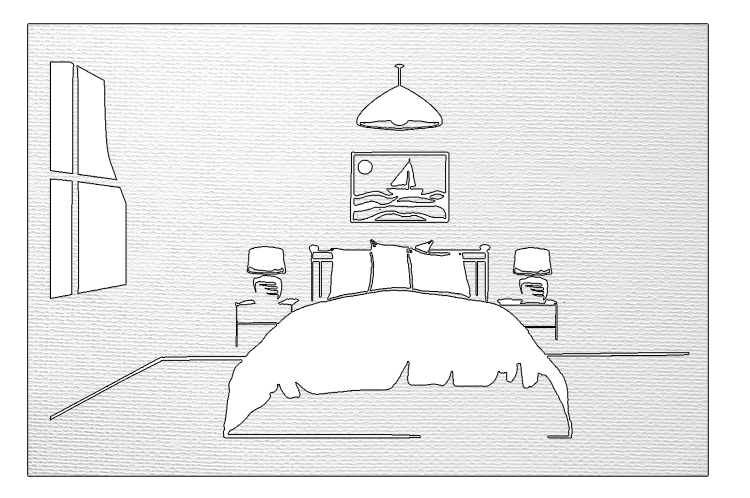 Lay the stencil over the shutters and use masking tape to hold it in place while you spray. You may need to tape some scrap paper around the edges to prevent the paint getting on other areas of the photo. 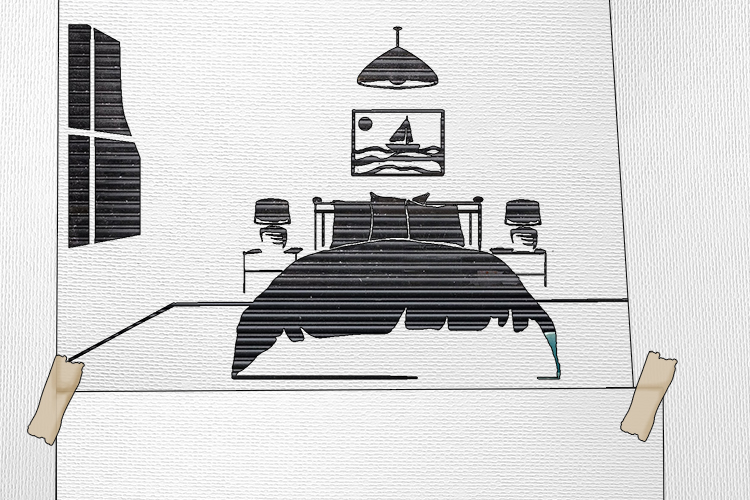 Part of the chair is visible through the stencil, so use scrap paper to cover that up too. 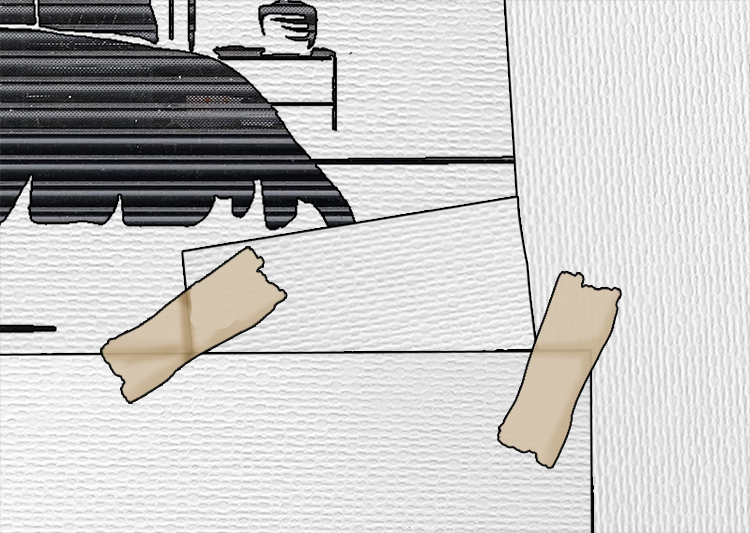 Take your work outside or into a well ventilated room and spray over the stencil. 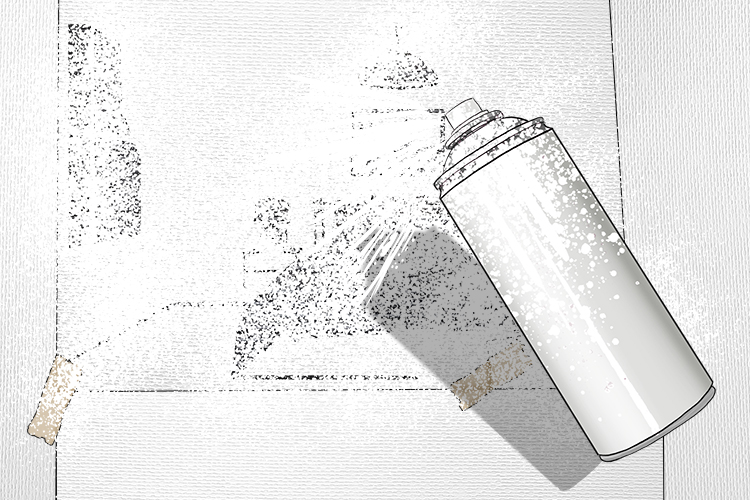 Lift away your stencil to reveal your work. 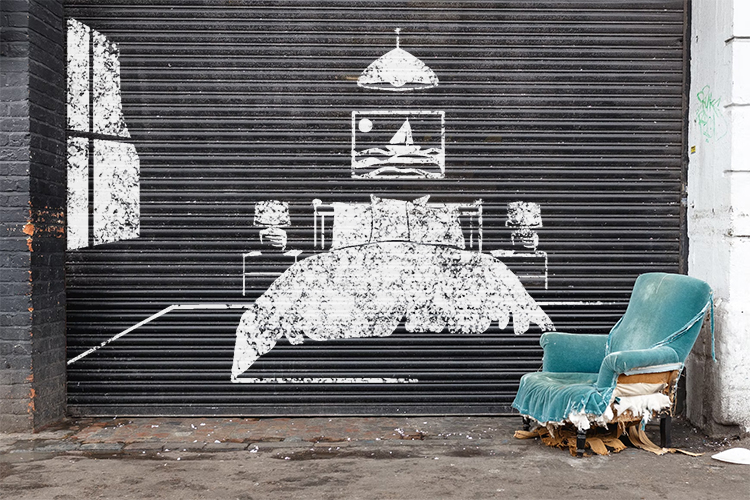