Pigment – A substance (usually an organic compound) that gives paint, ink or crayon a colour

The pigs weren't meant (pigment) to eat the organic material – the peas, blackberries and blueberries – but they did, and it gave each of them a strange colour. 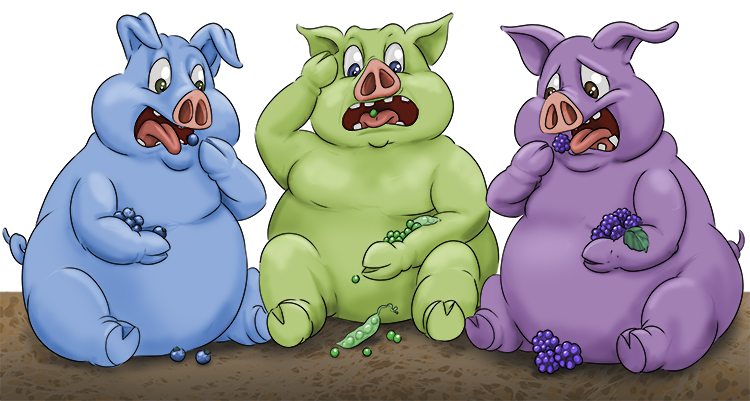 Pigments have been used in art for thousands of years, present in prehistoric cave art, ancient Egyptian tombs, right through to modern day art materials such as oil and acrylic paints. When used in paints, oxides, cadmiums, carbons and ochres are usually ground down and combined with oils to create organic pigment colours. More recently, inorganic (or non-organic) pigments have been introduced, as some of the organic ones used harmful elements that could be extremely dangerous to the artist. Inorganic pigment colours are created through chemical reactions, rather than the use of raw organic materials.

This image below shows powdered organic pigments that can be bought to create paints, dyes, inks, and crayons, depending on the mediums they are added. Some examples include ultramarine blue, which is made from a rock called lapis lazuli, or cadmium yellow, a combination of zinc sulphide and selenium sulphide. 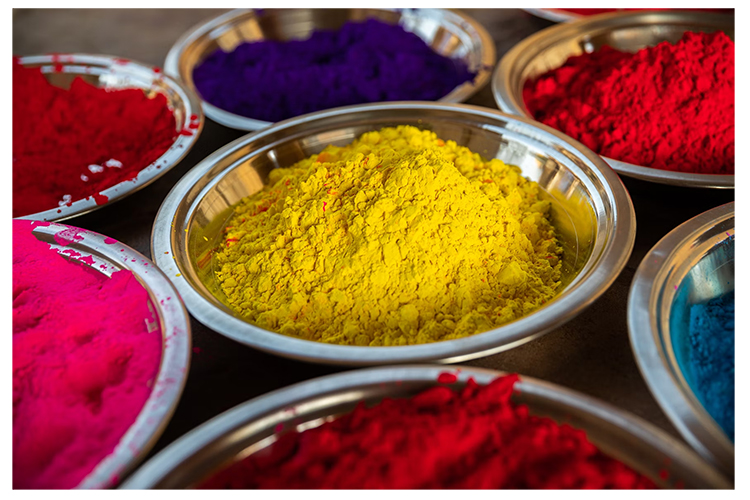 Powdered pigments, for use in paints, dyes, inks and crayons.

Some of the first discoveries using pigments are present in cave art, for both outlines and blocks of colour. In this cave art below, in Argentina, some of the hands are created by putting pigment on the hand and pressing it against the surface. The others, where the pigment surrounds the hand, was created by holding their hands against the surface and spitting the pigment at it, so once the hand is removed the outline is revealed. Iron oxides, combined with gypsum (a mineral used in plaster) for binding, and other unknown elements, were used to create the red and brown tones you see. 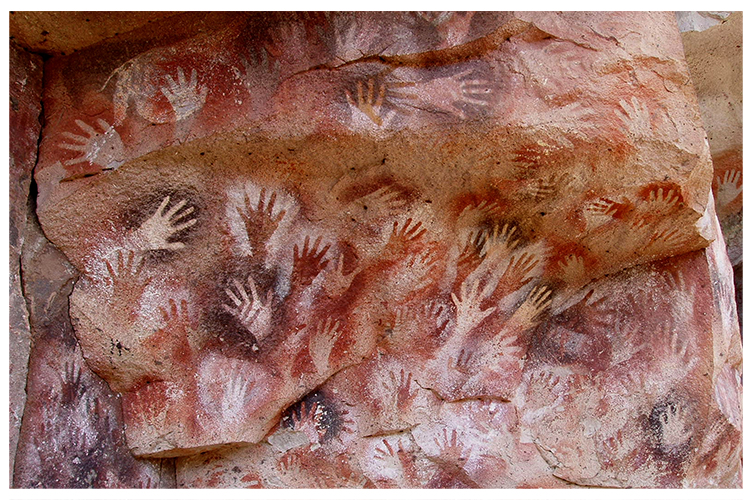 Cueva de las Manos, Perito Moreno, Argentina. The art in the cave is dated between 7,300 BC and 700 AD

In this project you will learn how to create watercolour-style paints by extracting pigment from a selection of ingredients more commonly associated with cooking. By steeping (leaving in boiling water as it cools) or boiling ingredients in water you can naturally release the pigments and use the liquid as a paint, to create your own works of art.

The first pigments are created by steeping tea or coffee in water. This is done by pouring boiling water over the leaves or granules, and leaving it to cool. The leaves will settle to the bottom of the container as the liquid cools and do not need to be removed.

By dipping a brush in each of the pigments and painting a small circle on paper, you can see the colours you have created.

As you can see below, coffee creates a rich brown (varying depending on the amount of coffee added). The three teas: green tea, white tea and black tea, create more subtle variations of a lighter brown.

Our other colours are all going to be created by boiling the ingredients in water, for varying times, to release the pigment. To do so, chop each of the ingredients, red cabbage, beetroot and onion skins, and put them into a saucepan (separately). Pour boiling water over them until they are just covered and boil them so they simmer for the amount of time shown below.

As the water boils for the specified amount of time, it evaporates, and the colours become stronger as there is a higher quantity of pigment in it. Once cooled down, the pigments are ready to use. The beetroot creates a deep pinkish red, the cabbage a purple and the onion skins create a vibrant golden brown.

Using the cabbage water as it is would create a purple pigment, but other colours can be created by adding acids such as lemon juice which will make the purple lighter and turn into pink tones. Adding alkaline ingredients such as washing-up liquid take the purple cabbage pigment through the blue tones, into green. Pour the red cabbage liquid into different cups or containers and add ingredients and experiment

You can store the pigmented paints you have created in jars and keep them in the refrigerator for a few days for use on paintings like ours, below.

Begin by making a few random marks around your paper with your pink liquids, and a large one in the middle that will become our flower. 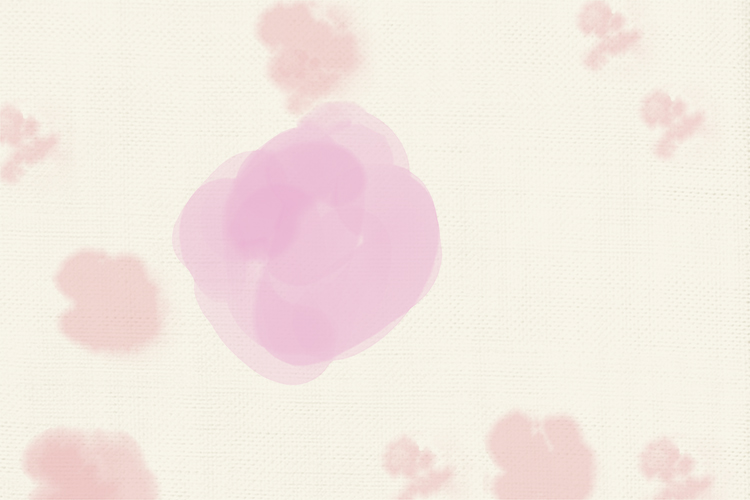 Start adding some green petal forms and leaves with swooping brushstrokes, they may blend together but that is part of the beauty of these watercolour-style pigments. 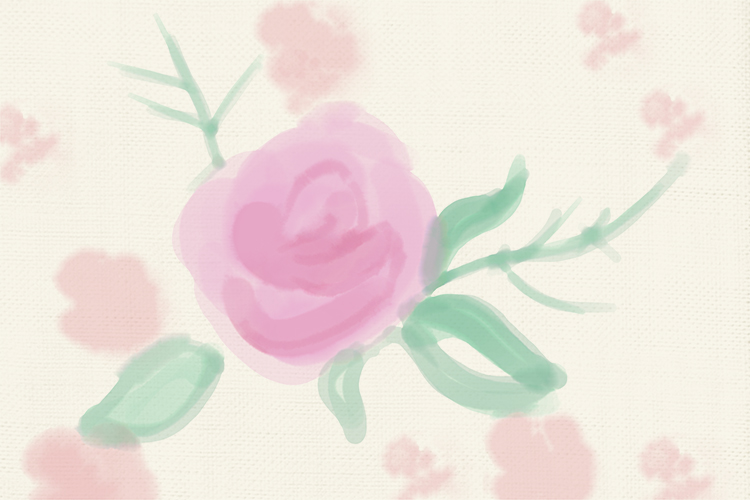 Introduce darker tones and keep building up the layers allowing them to dry between each one if you don't want them to bleed. 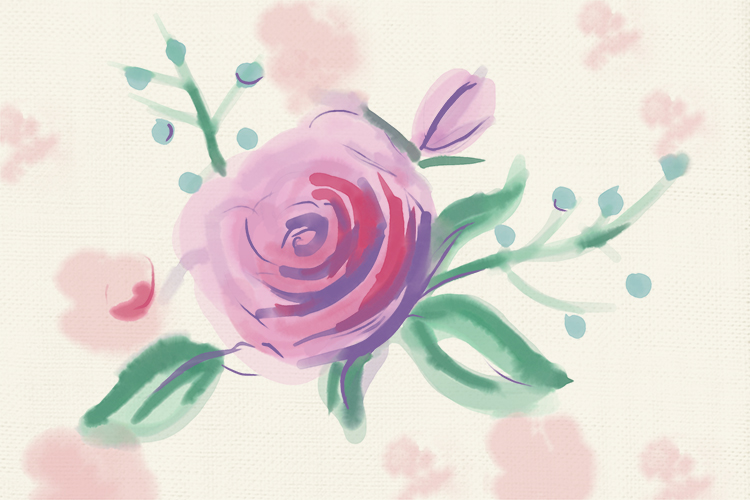 Continue this process until you are happy with the outcome. 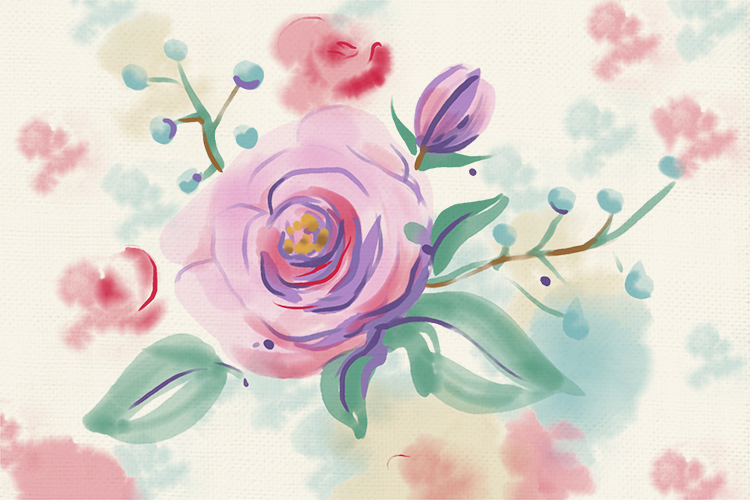