Impressionism – Rather than aiming for realism, impressionist artists used expressive brush strokes to portray the energy of a scene

Note: This is a style of painting associated mainly with French artists of the late 19th century, such as Edgar Degas, Edouard Manet, Claude Monet and Renoir. Impressionist paintings recreate the artist's or viewer's general impression of a scene.

To remember the meaning of Impressionism, recall the following:

The impression I got was that realism (Impressionism) wasn't an important factor. 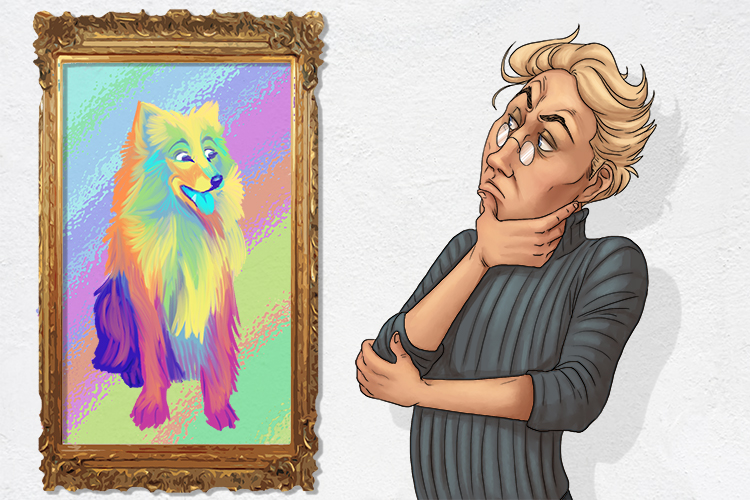 To create your own Impressionist-style painting, chose a scene you'd like to paint.

Oil paints or acrylics are the most effective paints to use, along with a large brush with stiff bristles or even a palette knife.

Start by loosely sketching out your scene. You don't need small details, just enough to know the basic shapes. 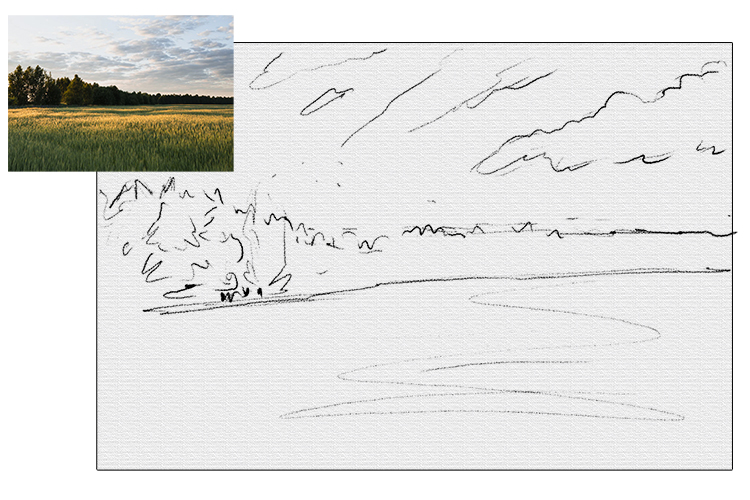 Look carefully at the colours in the scene. Use short brushstrokes and layer the paint. 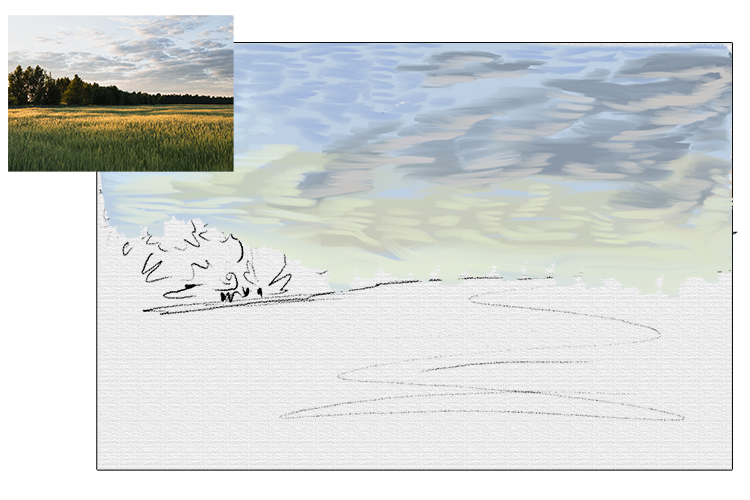 Paint your scene with loose but purposeful brushstrokes to get an 'impression' of the scene, rather than trying to make it look particularly real. Don't overwork your painting, it's better to leave it simplified than to risk it becoming too busy. 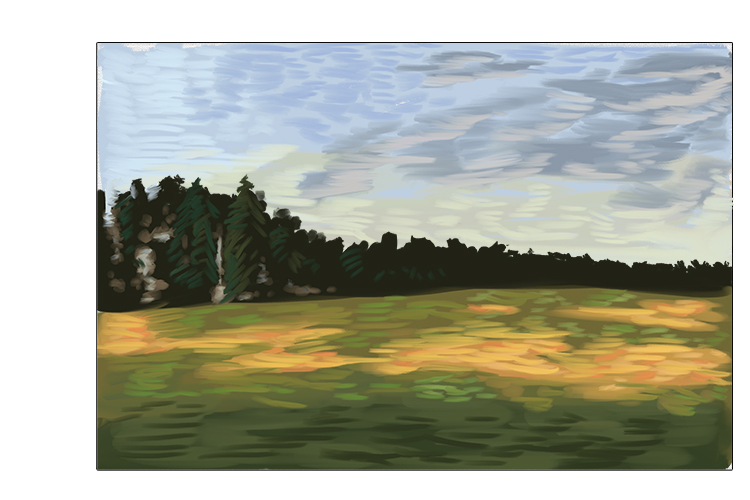 Some other things to think about when painting in the Impressionist style:

Don't stick to colours you know. For example, we all know most leaves are green. However, adding blues, yellows or even purples to green can create a lovely effect. The leaf on the left, below, looks more realistic in the sense that it's obviously a drawing of a leaf, but it isn't very interesting. However, the leaf on the right still looks like a leaf, but much more interesting and really draws your eye to it. 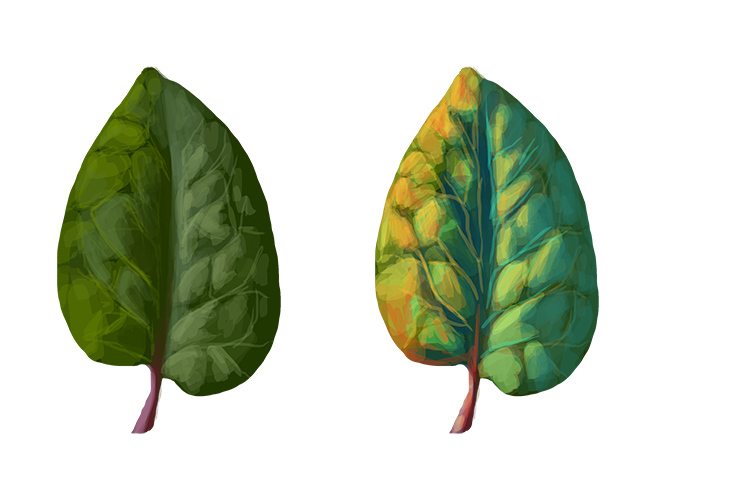 Try using warm and cool contrasting colours. Use blues for any shaded area and warmer yellows and oranges for the light areas. This snowy scene is a perfect example. Here you can see the colours of the shadows are a cool, dusty blue and the light areas are a warm peach colour. 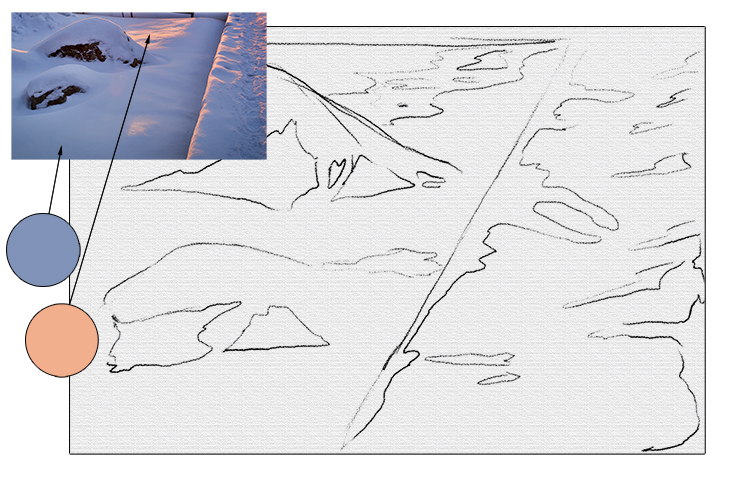 Using just those two colours and a couple of tones for shading and highlights looks fine, but it doesn't really stand out. 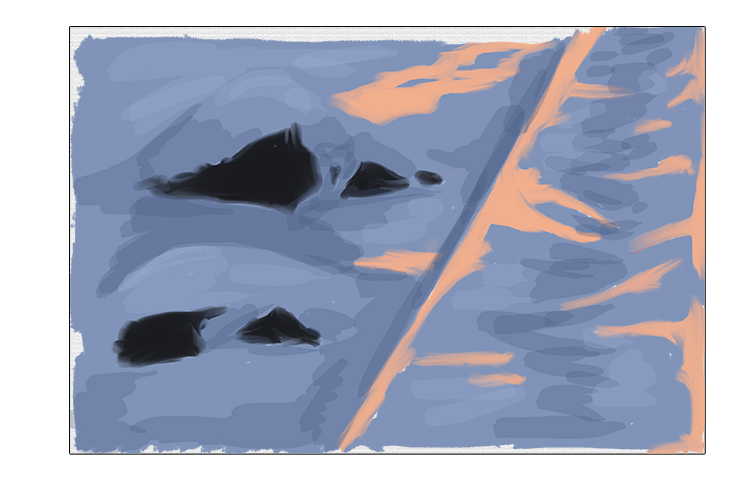 You could try pushing those colours further by adding yellow, orange and red to the light areas and different shades of blue to the shadows. 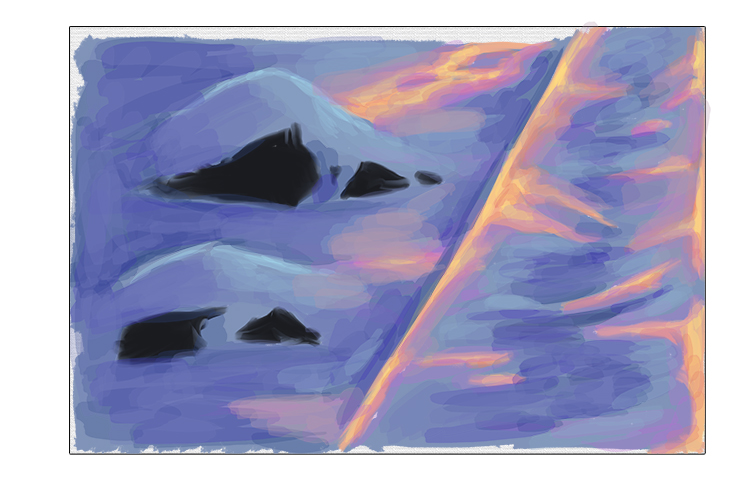